London: A Chinese technology company has compiled a database on tens of thousands of Australia and British figures and their children and families for the use of the country's intelligence agencies.

Files on senior Australia and British politicians, members of the royal family, religious leaders and military officers are stored on a Chinese server as part of a massive worldwide intelligence collection operation by a private firm that describes its mission as "the great rejuvenation of the Chinese nation". 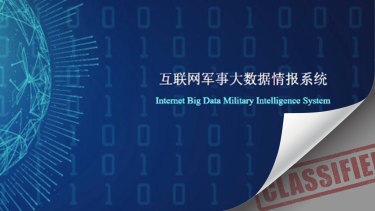 Zhenhua refers to its broader set of databases as the Internet Big Data Military Intelligence System.

The data includes names, dates of birth, educational history, professional biographies and other information scraped from publicly available sources on the internet.

It has compiled profiles on more than 35,000 Australians from Prime Minister Scott Morrison to billionaire Mike Cannon-Brookes, according to the Australian Financial Review. The company counts among its clients the People's Liberation Army and the Communist Party.

Intelligence sources described the scale of information as "frightening".

Alongside an estimated 40,000 Britons, millions of people in the US, Canada, India and Japan are named in the files.

Zhenhua Data, the firm that created the files, says it provides "services for military, security and foreign propaganda", and to have sold data to security clients in China.

Data scraping is not illegal, but the files show an unprecedented level of sophistication in the use of software to monitor millions.

The data is understood to have been stolen by an anti-China activist, who shared it with the Five Eyes intelligence network.

Zhenhua Data's website appears to have been deleted since the firm was approached for comment. A representative refused to address allegations that it was engaged in state espionage, while a Chinese government spokesman would not comment on the connection between its intelligence agencies and the company.