Dozens of spots were identified by the in-depth analysis including in London, Manchester, Newcastle and Edinburgh as Christmas shoppers rush to make their final purchases. 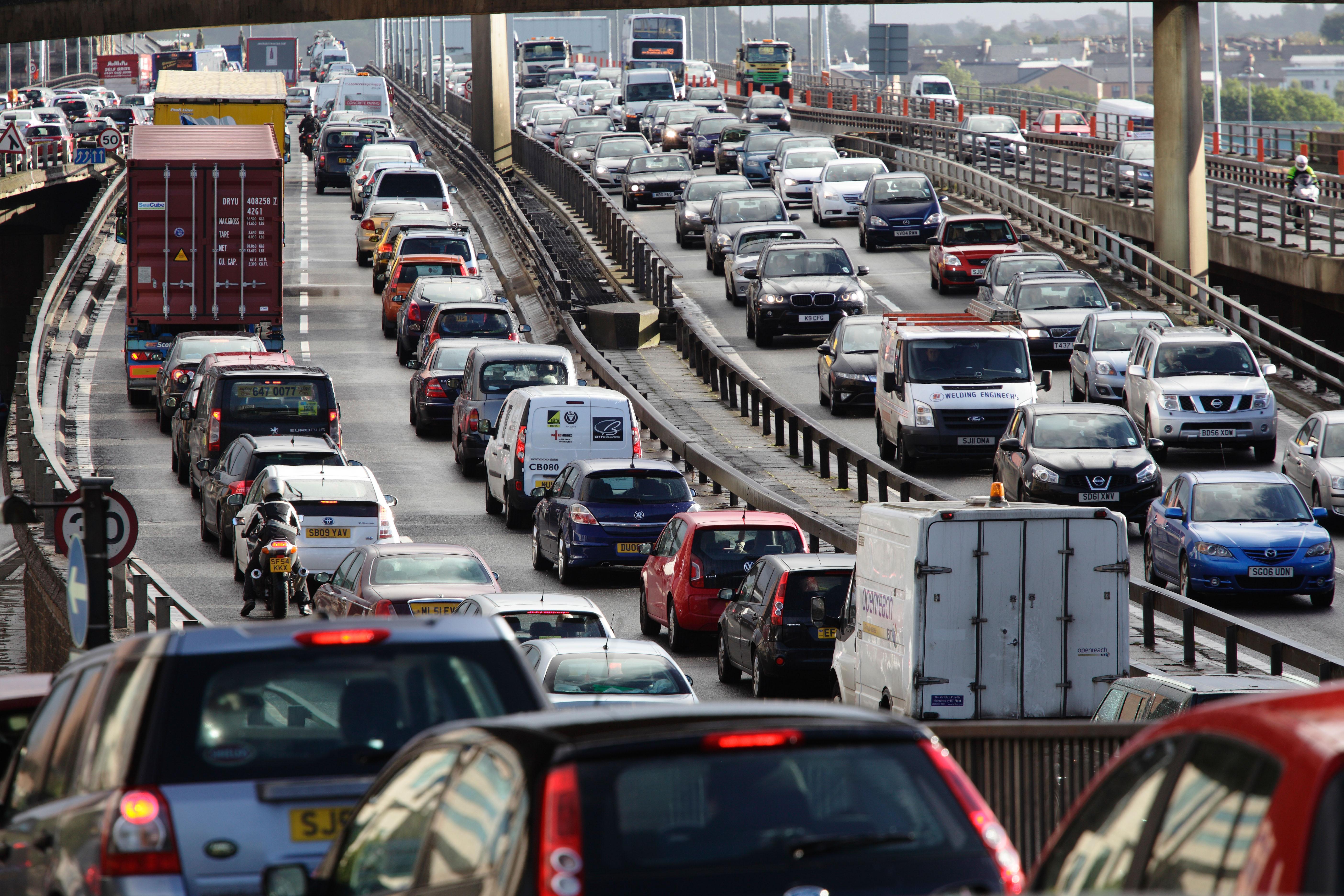 Between 1-2 pm and 5-6 pm will be the worst times to be on the roads, caused by the perfect storm of last-minute shoppers, peak times at train stations, travelling to sports matches and those heading home.

In the capital, jams are expected to start as early as 6.30am, as traffic snakes along the A40 near Wembley and the A1261 by the O2 Arena.

Millions of shoppers will be flooding on to the roads, making supermarkets and shopping centres busier than usual.

As the morning progresses, roads in big cities will see congestion pile up as people head to catch trains before the weekend countrywide rail maintenance begins. 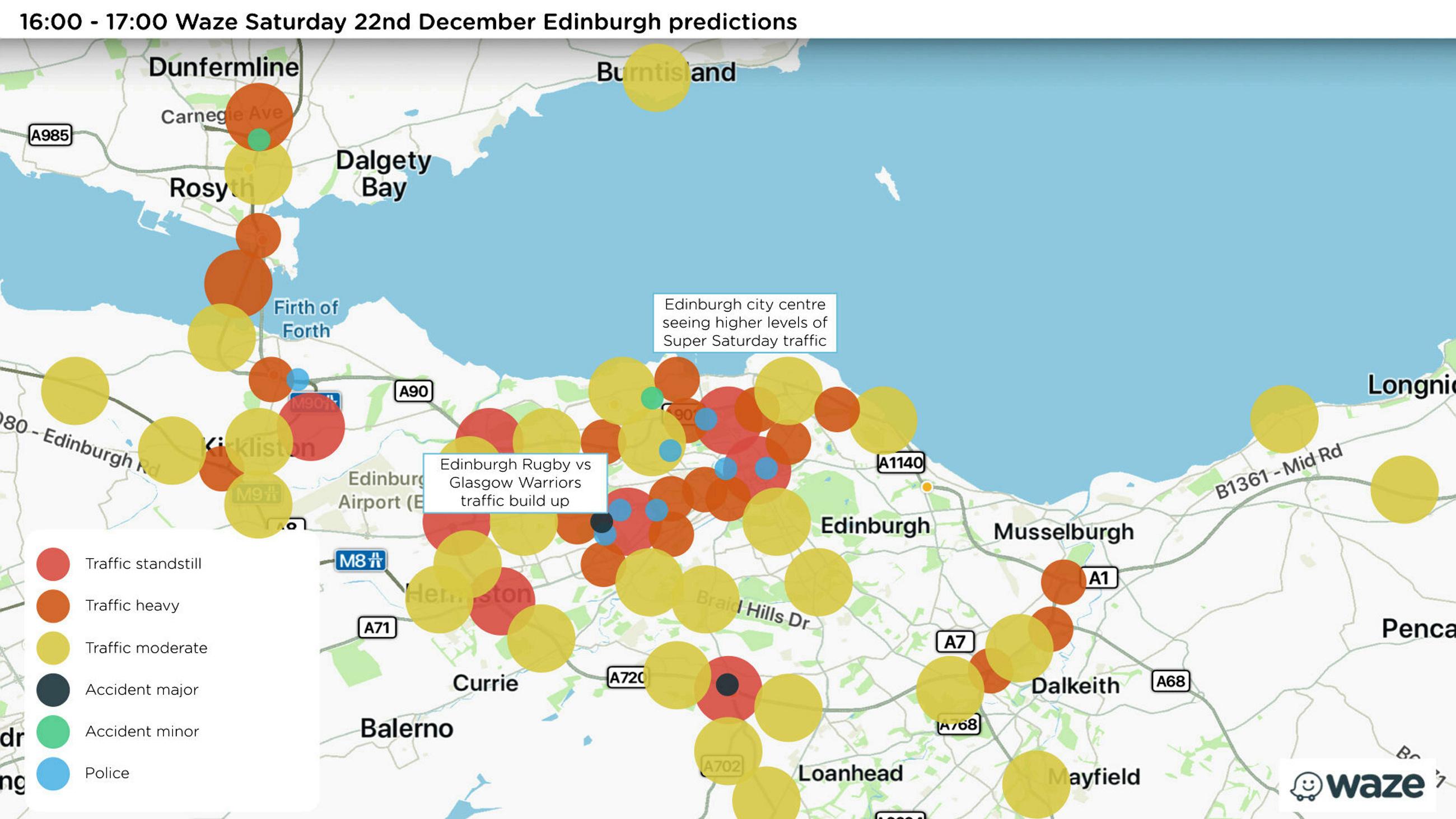 It will also see any minor accidents lead to bigger issues, based on data from 2017’s festive period.

The maps were created by real-time traffic app Waze, whose UK manager Finlay Clark said: “We used analysis from the equivalent Saturday in 2017, with insight about the events due to take place in 2018 and Waze’s travel planned drive data, to make our predictions for Saturday’s troublesome traffic.

“We’ll see widespread disruption in many of the UK’s major cities and on the roads in general, ahead of the maintenance works taking place on the rail network that begin on Sunday.

“This will be further exacerbated in places like Manchester, where major roadworks have been causing chaos on the roads. 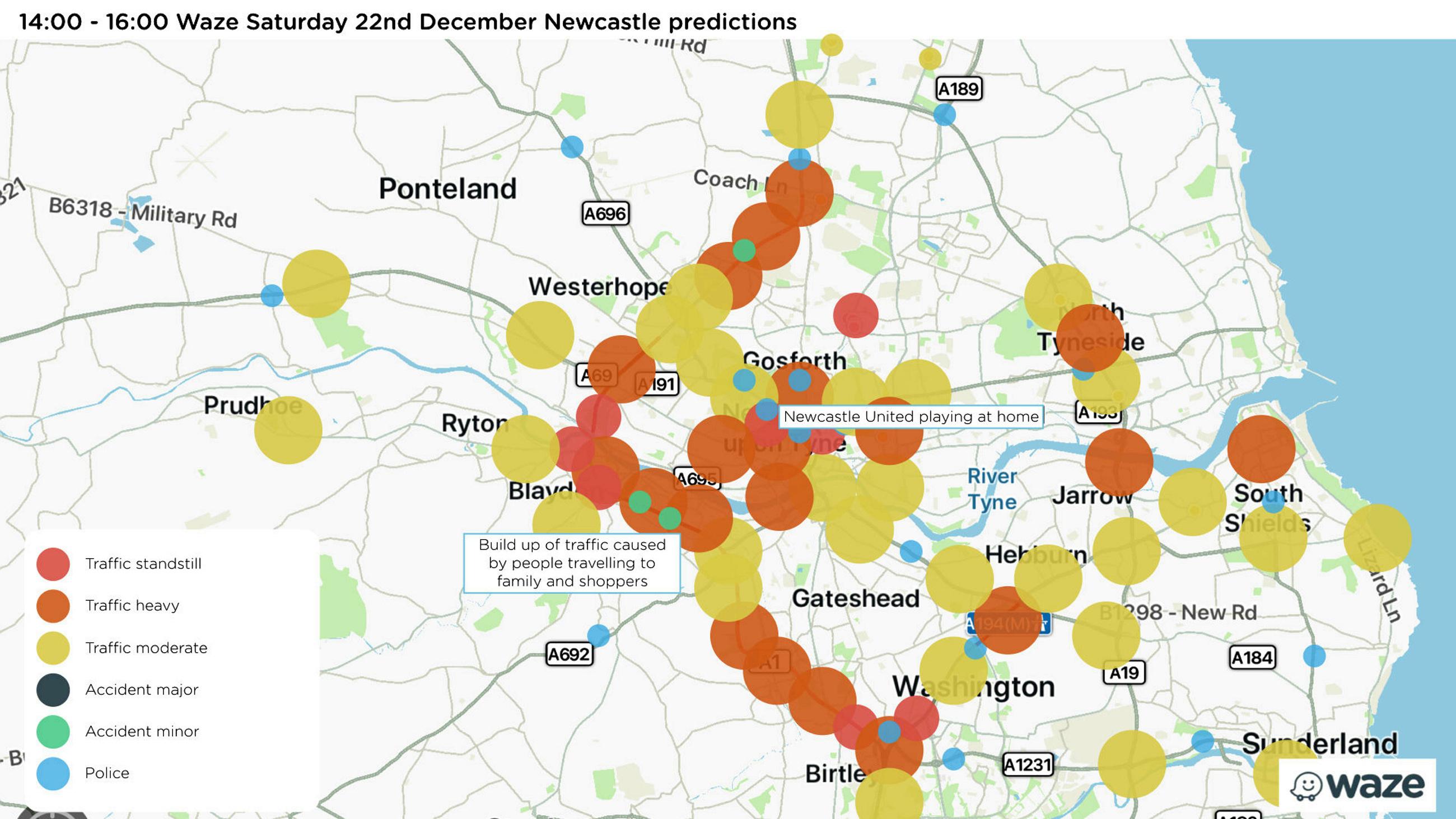 “The roads will be worse this year than last as people choose the weekend to travel, seeking to avoid late night travel on Friday.

“And there are likely to be lots more disruptions in London as well – from roadworks and closures to sporting events, which will cause huge tailbacks.”

According to the data, drivers doing last-minute shopping can expect to find increased traffic around toy stores, which saw a 132 per cent increase in navigation to these locations, as well as flower shops, bookstores, and jewellery sellers.

Both supermarkets and department stores will see a 41 per cent increase in people navigating to them on ‘Super Saturday’. 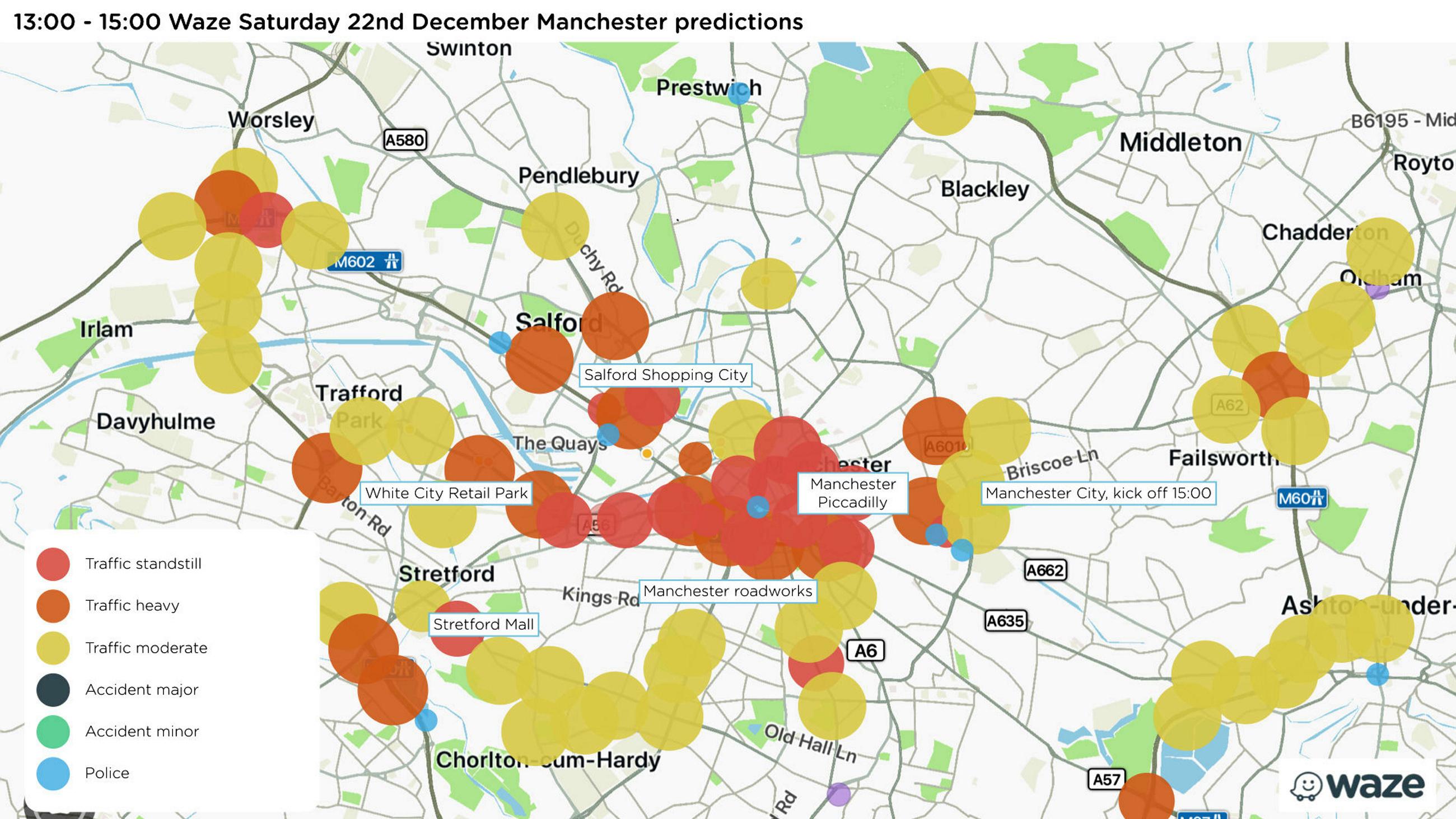 In London, however, Waze predicts that by mid-morning London traffic will be in a frenzy, with six areas featuring traffic at a ‘standstill’, as well as high police visibility.

In 2017, over 400 accidents were reported on London roads on the Saturday before Christmas, according to Waze.

With the expected Central Line strike, Westfield shopping centres will see more drivers than normal causing traffic to bloom out of control as nearby Chelsea and West Ham football matches kick off at 3pm.

The traffic jams, disruptions and accidents – both major and minor – will continue to escalate until at least 10pm, when the numbers of road users finally begin to dwindle.

The hypnotic video shows the traffic hotspots blooming and then receding as huge volumes of vehicles move around the city. 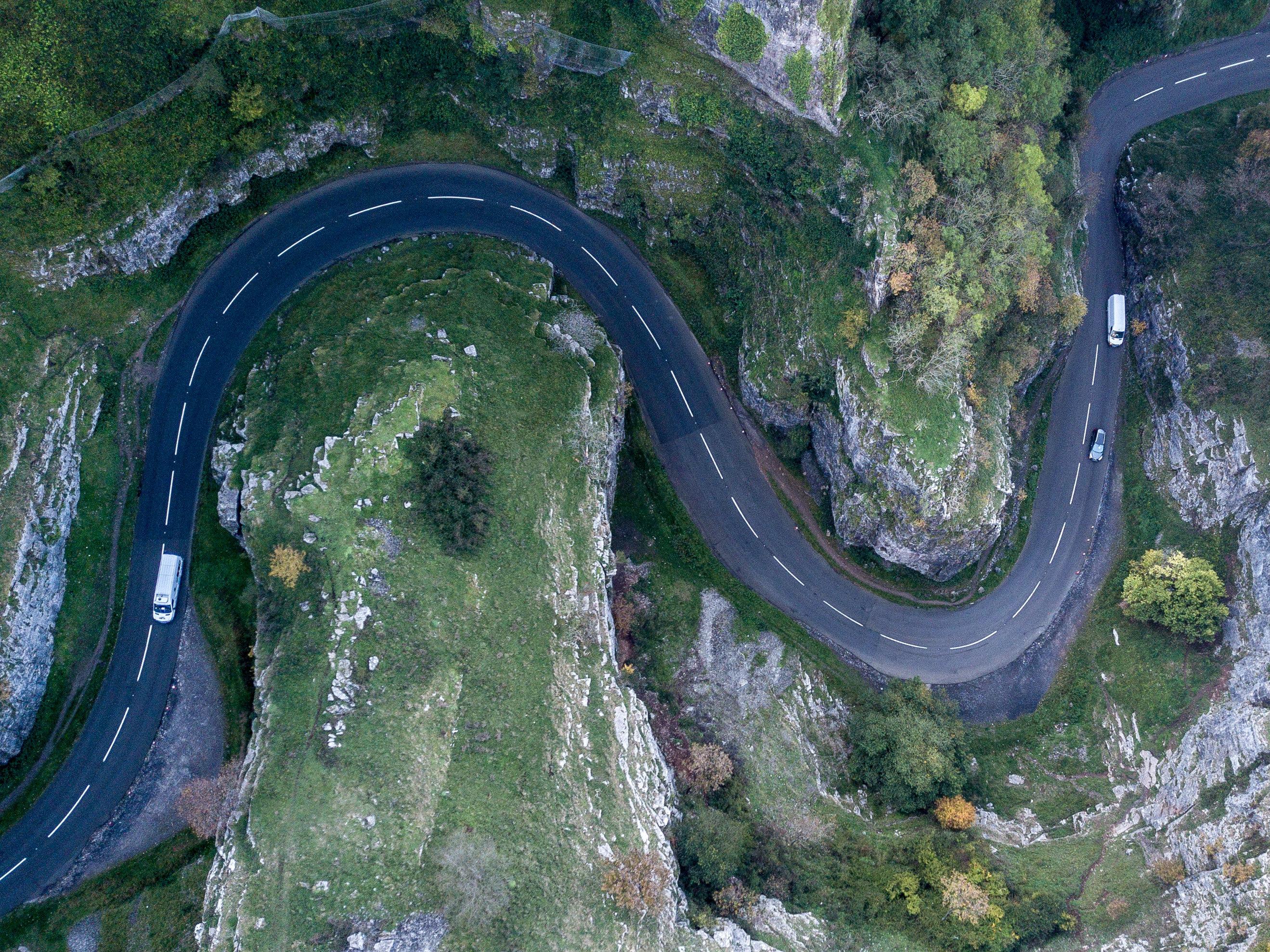 Elsewhere in the country, peak shopping hours between 1-3pm in Manchester will see heavy jams around Salford Shopping City, as well as several sections of standstill vehicles outside Manchester Piccadilly station.

Roads will also be gridlocked around Manchester City’s Etihad Stadium, which will also have a heavy police presence, when their home game kicks off at 3pm.

“The Regent Road and Mancunian Way roadworks in Manchester have caused major disruption to the city since September, there has been a 40 per cent increase in traffic reports, on average.''

Edinburgh has also seen a vast increase in traffic issues over the past year, which will come to a head between 4-5pm with a big rugby game at Murrayfield and people heading away from the shops. 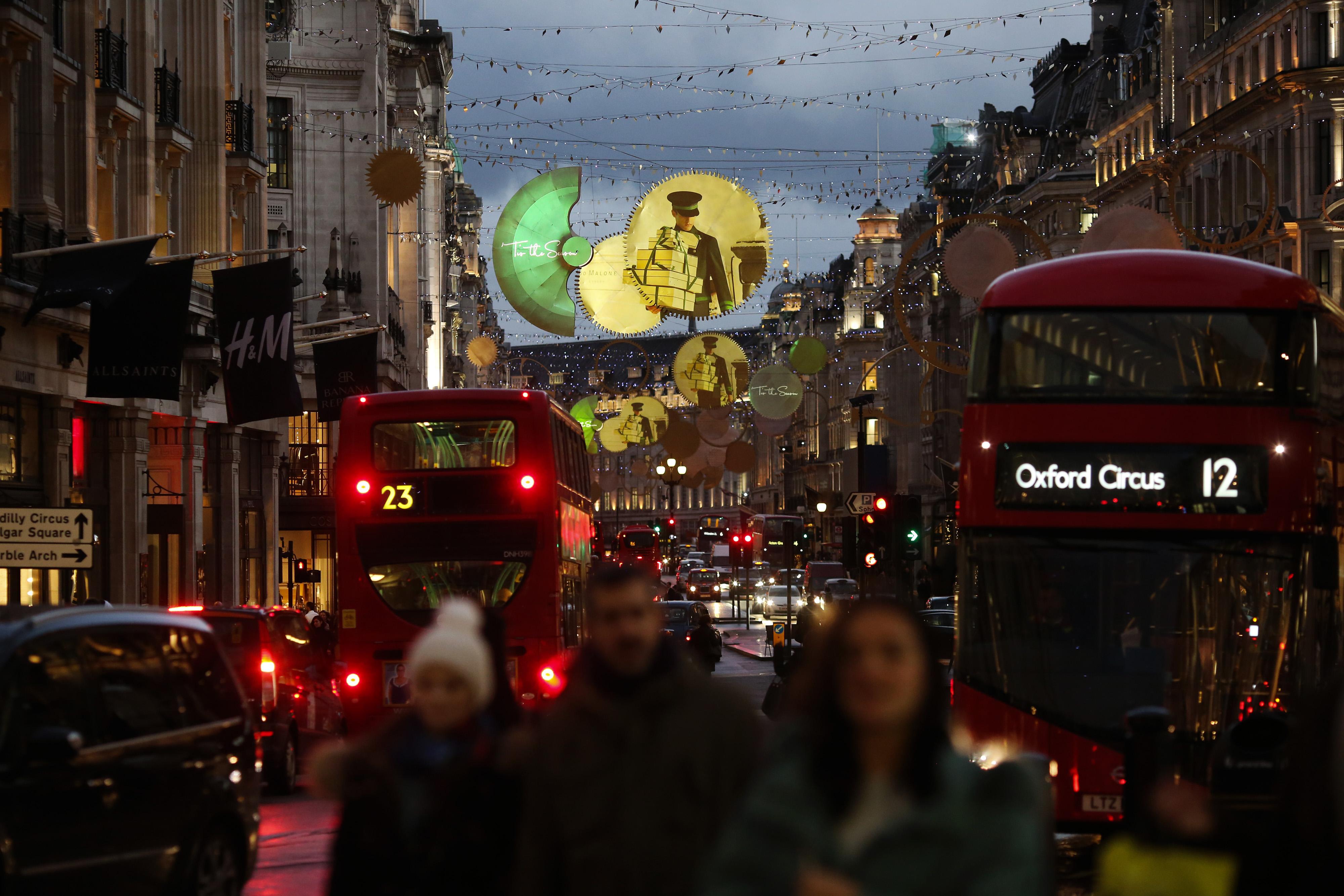 Adverse weather conditions are also expected to impact traffic in Edinburgh and other parts of Scotland.

Finlay Clark added: “While we typically see increases in traffic over the Christmas period, the sheer number of engineering works, coinciding with when Christmas falls this year will make the roads busier than normal.

“We’re also expecting to see more people who don’t drive regularly to be hitting the roads due to trains being unavailable, so it’s important that drivers are more mindful and aware of others on the roads.

“The expected cold snap and threat of snow over the Christmas period may also see more pressure on the roads. Drivers should always check their journeys before setting off. 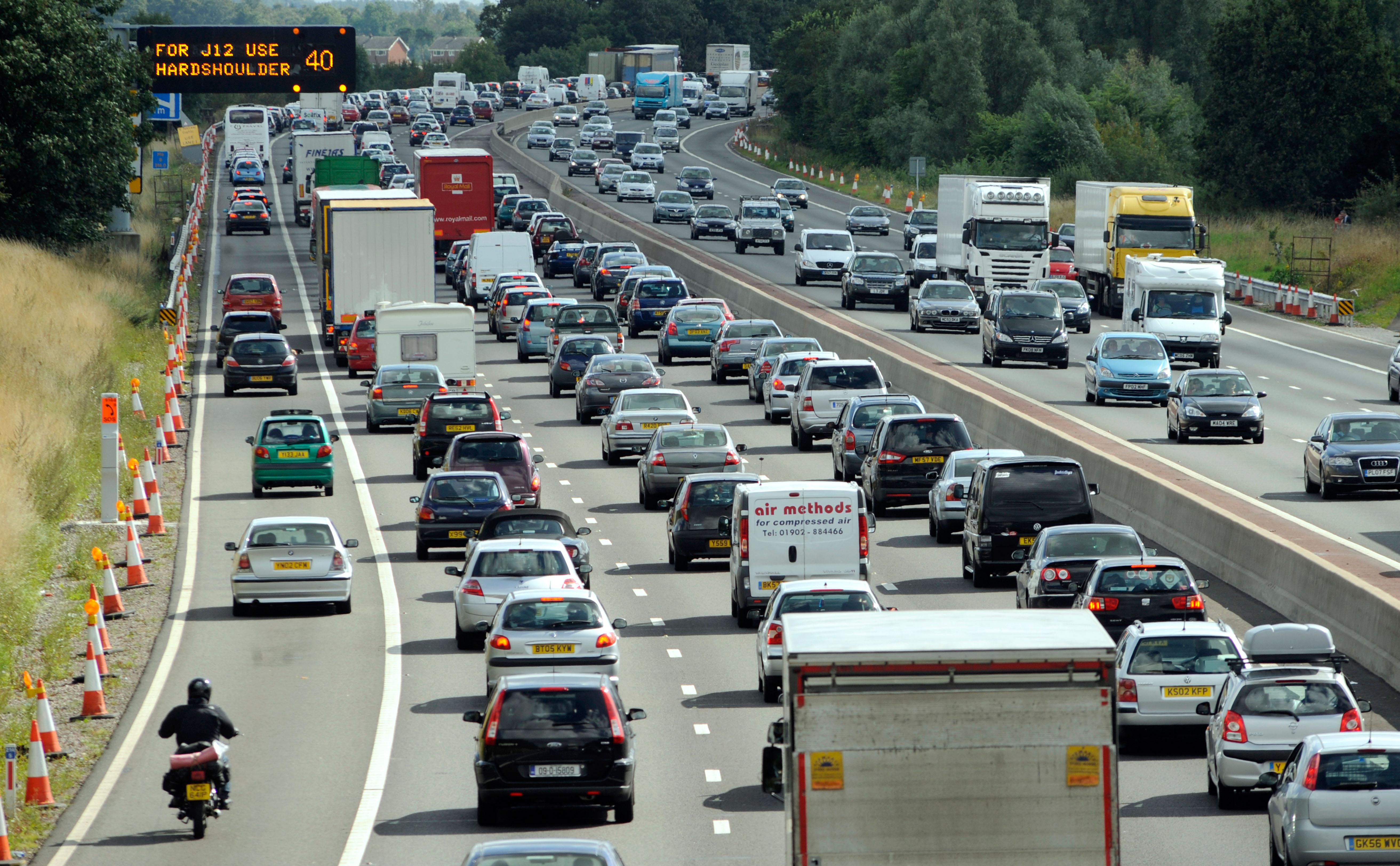 “The Waze community works to ensure our maps are updated in real-time to help others on the road be aware of what is coming up ahead.

“If jams happen, Waze is able to divert other drivers to alternative routes to help ease congestion.”