Creepy BRAWL-y! Cockroach is beheaded by a wasp as the two insects fight on a dining table in Germany

The cockroach is hailed as the indestructible creepy-crawly due to its ability to withstand a nuclear explosion.

But it couldn’t survive when it fought a wasp to death on a dining table in Konstanz, Germany,

Gruesome footage has emerged showing the creature being beheaded by the flying bug. 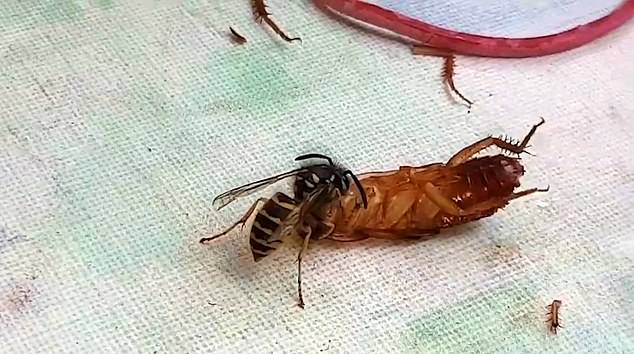 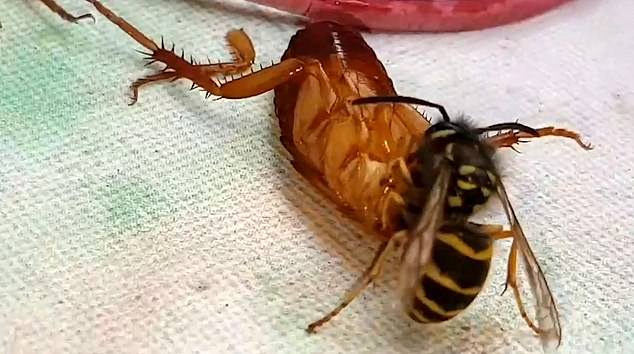 Student Cyrill Fomm, 20, returned to his apartment to fight them battling on his table and decided to film the fight.

As the video begins, the wasp is seen mounting the cockroach which is lying on its back with its legs flailing in the air.

The wasp – with its deadly sting – rips off one of the roach’s legs as the pair grabble.

The cockroach continues to kick its legs around as the wasp slowly attacks its head. 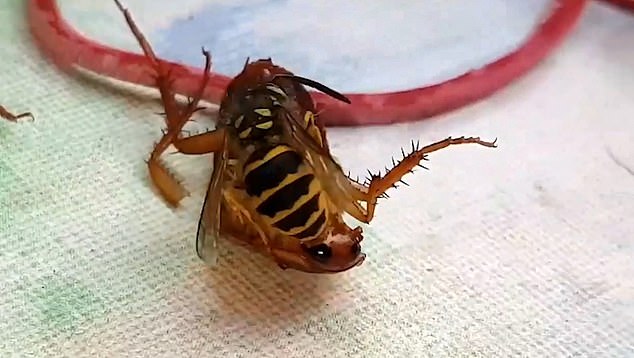 The pair squirm as they grapple one another on a dining table in Konstanz, Germany 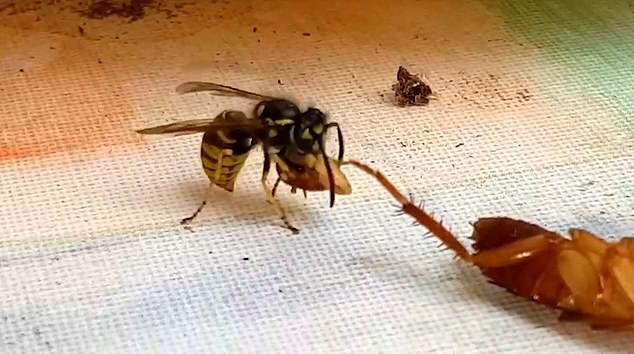 In brutal scenes, the wasp then rips the cockroaches head off before flying away.

The cockroach’s dead body continues to squirm despite having just been decapitated.

Cyrill said: ‘It was fascinating watching the two fight. It was like a wrestling match and the wasp eventually won.’