COPS hauled a “hysterical” family off a WestJet Flight from Calgary to Toronto because their 19-month-old baby wasn’t wearing a face mask, a shocked dad claims.

Safwan Choudhry says the airline wanted the infant to wear a mask – but the child would not stop crying. 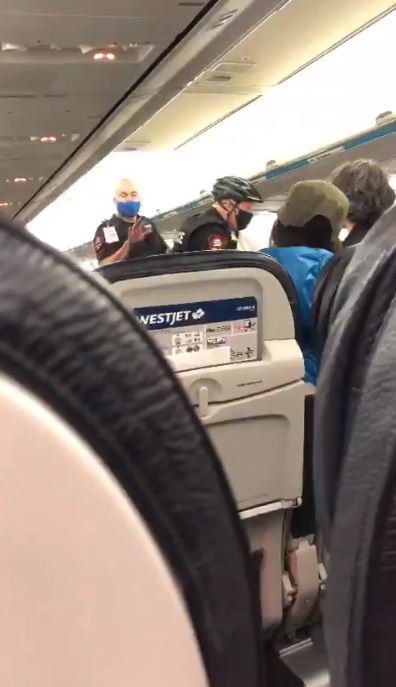 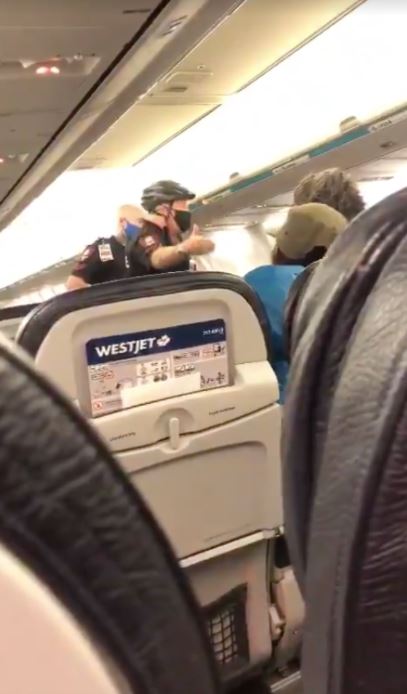 A spokesman for the airline confirmed to CBC that the flight on Tuesday evening was cancelled, and all passengers were ordered to disembark.

WestJet have since said that the issue was not with the infant, who is below the age required to wear a face covering, but with the family’s three-year-old.

Canadian transportation mandates anyone above the age of two to wear a face mask.

Mr Choudhry claims that his three-year-old daughter was eating a snack before takeoff when flight attendants approached and demanded that both children wear a mask.

Both he and his wife were wearing a mask, he said.

Mr Choudhry asked if his daughter could finish eating before she put on her mask, but the flight officials said they had a “zero tolerance” policy and would not close the door of the aircraft without her wearing a mask.

The dad then agreed to put one on immediately, but said his youngest daughter became so agitated that she vomited.

He told the BBC: My younger one had a very difficult time, she was basically hysterical.”

Mr Choudhry claims that flight officials then became aggressive, and said the family would have to leave the aircraft if his daughter would not wear a mask.

The family then eventually agreed to leave the aircraft.

WestJet has disputed Mr Choudhry’s claim that his three-year-old put a mask on.

In a statement given to the BBC, the airline said: “Due to non-compliance of the parents to place a mask on their older child who is over the age of two, our crew informed the adults of the regulations we are required to follow.

"Our crew requested the presence of the authorities after the guests refused to comply with Transport Canada's interim order and subsequently refused to deplane the aircraft."

A clip shows a masked police officer speaking to passengers on the plane as they are heckled, with one man shouting: “Bull****!”

But one witness Marian Our told CBC News she felt the response from the airline was “unnecessary”.

She said: “I was so shocked, the parents never raised their voices, they never got angry with the attendants, they were just trying to reason with them.”

WestJet confirmed that, after flight staff were called, passengers deboarded the plane and the flight was cancelled and rebooked for the following day.

They added: "Due to the rapid escalation of the situation on board, our crew felt uncomfortable to operate and the flight was subsequently cancelled".

Police did not file any charges.