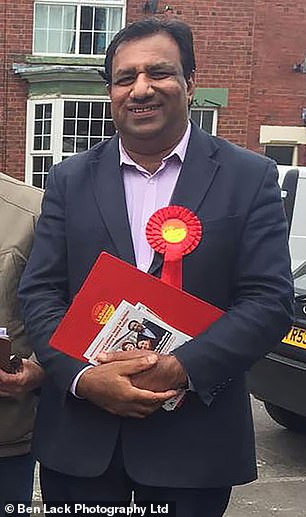 A Labour councillor has been suspended after he accidentally sent a photo of a topless woman to a group of mothers during a meeting on knife crime.

Married father-of-two Mohammad Maroof distributed the photo to a Mums United WhatsApp group as its founder Sahira Irshad was presenting a petition to the full council meeting on knife crime.

The 50-year-old said he was trying to attach a video of Ms Irshad speaking and has now been banned from attending council meetings pending an investigation.

Cllr Maroof says the image was set to him earlier in the day on a different Whatsapp message and was automatically downloaded into his phone’s photo file.

Mr Maroof, who also works as a taxi driver, instead ‘accidentally’ attached the explicit image and asked for it to be deleted ‘within seconds’ of sending it.

He has since apologised for what he described as an ‘honest mistake’. 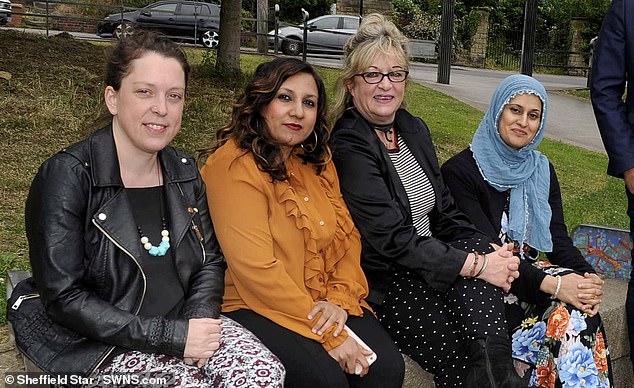 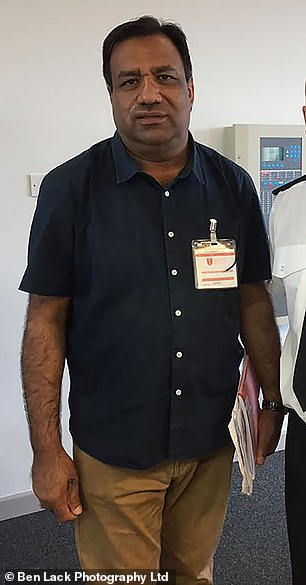 He said: ‘I sincerely apologise. I had no intention to do such a thing and to cause such disruption.

‘I have a lot of respect for the group. I am very embarrassed and this was an honest mistake.

‘This is my private phone and I receive so many things that my Whatsapp has been set up to automatically save everything in my phone’s photo file.

‘Somebody sent me this photo, it may have come in the morning, and it went into my phone’s file.

‘I tried to send the group a video and by mistake, I pressed the wrong photo.

‘As soon as I realised, I asked for it to be deleted as I couldn’t delete it myself. It was only there for a second.’

Although the photo was deleted, it has still prompted complaints.

One member of the WhatsApp group, who did not want to be named, said: ‘Is this what is expected of our elected representatives? Absolutely disgraceful.

‘It says a lot when women in his area are crying out for support and he is too busy posting this.’

Mr Maroof, who Studied Masters degree in Law (LLM) at University of Derby, says he helped to set up the Mums United group to empower women. 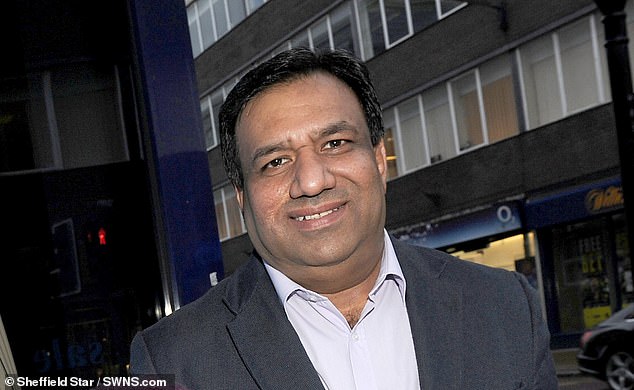 The married father-of-two, 50, has since been suspended from his role as a councillor

‘They came to me and asked how to deal with anti-social behaviour and I gave them the idea of setting up a group, I’m proud of helping to do that,’ he added.

‘I have worked with Sahira and other members and I suggested the name because we need to give confidence and assurance to female constituents so, if there are some issues, they feel safe and comfortable going to talk to people.’

She said: ‘This is, of course, a very serious matter.

‘Everyone has the right to explain how something like this could have happened but because of the seriousness of this, we will suspend Cllr Maroof immediately until we have ascertained the details.’

A group of mothers formed Mums United to help support and stop people falling into exploitative gangs and help nurture the next generation.