A COUPLE who were filmed having sex on a busy street in broad daylight have been spared jail.

Natasha Rice, 34, and Adrian Butler, 51, have been put on the sex offenders register after they were caught on camera by shocked onlookers. 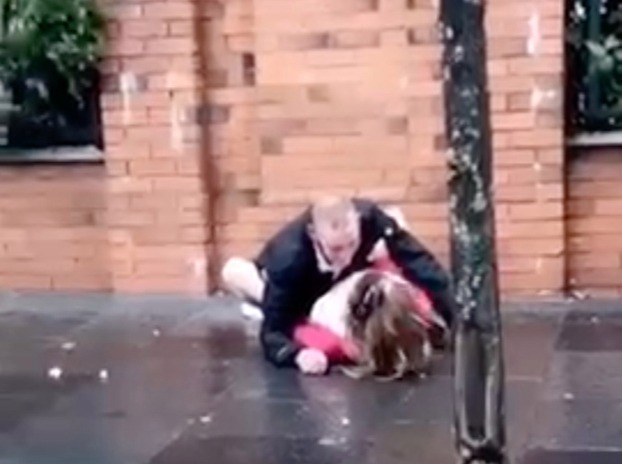 The pair were spotted on September 12 in the middle of Belfast, Northern Ireland near a major commuter route into the city centre.

Rice and Butler were arrested and each charged with a single count of indecent behaviour and exposure.

They pleaded guilty to all charges when they appeared before Belfast Magistrates’ Court on September 14.

The randy couple, both of no fixed abode, were each sentenced to one month in prison on each charge, suspended for a year.

They were also placed on the sex offenders register for a period of five years for the charges of exposure.

A clip of Rice and Bulter was shared on social media last weekend – which showed two pedestrians mocking them by mimicking them having sex.

In the video a passenger in a passing car shouts: “You are out in the street.”

It comes after a randy couple were caught in the act by dog walkers in Thorndon Country Park in Essex in June.

The couple were completely naked and seemed to be completely unaware of the families walking past on a Sunday morning.

Earlier this year a couple were branded "filth" after having sex in a cemetery during the coronavirus lockdown.

Images of the pair in Sutton Cemetery, Sutton-in-Ashfield, Notts, showed them lying just yards from the gravestones.