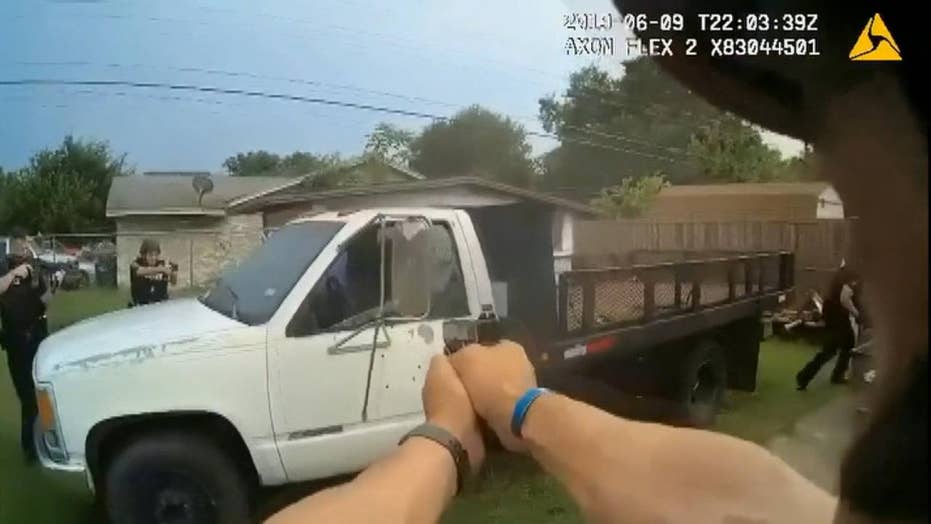 Authorities in Texas released a new set of videos on Tuesday which show the moments leading up to the deadly shooting of an armed man earlier this month, spawning protests in Fort Worth and calls for the officers involved to face criminal charges.

The Fort Worth Police Department released 68 minutes of body camera video of the moments before JaQuavion Slaton was shot on June 9.

Officers were searching for Slaton after receiving a disturbance call involving a person with an aggravated assault with a deadly weapon warrant. When they spotted the 20-year-old, officers briefly pursued him on foot, and body camera footage showed an object in Slaton's hand which appeared to be a handgun.

MAN WITH GUN SHOT, KILLED BY FORT WORTH POLICE IN PURSUIT OF ASSAULT SUSPECT, OFFICIALS SAY

In the recently released video, officers can be seen searching for Slaton, walking around a white truck several times before realizing he was inside the cab of the vehicle.

Officers first approached the truck from behind but moved in front of it to shield nearby pedestrians from any potential gunfire, according to interim police chief Ed Kraus. The video shows armored officers standing in a semicircle in front of the truck, with guns drawn, amid shouts of "Put your hands up!" 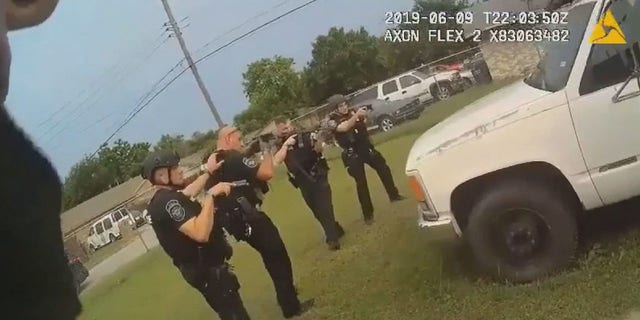 Officers can be seen forming a semi-circle around a truck where 20-year-old JaQuavion Slaton was hiding before opening fire when one officer shouted "he’s reaching!"
(Fort Worth Police Department)

After about 12 or 13 seconds, one officer shouted, "He's reaching!" The officers are seen hitting the hood of the car multiple times as one officer pulls out a baton to try and break the truck's window. Officers then opened fire. Even after a call of "Cease fire!" rang out, an officer is heard warning Slaton still had a gun in his hand.

About 25 seconds after the shooting, one officer noticed Slaton wasn’t moving, but some of the officers' weapons stay pointed toward the vehicle for the next few minutes.

Manny Ramirez, president of the Fort Worth Police Officers Association, told FOX4 officers have to quickly analyze situations such as the June 9 shooting.

"At the end of the day, these officers are having to figure out if the threat is neutralized," he told FOX4. "If that suspect is going to raise that gun again. I mean, they don’t know that, and it takes time to figure that out,"

The 20-year-old was the fourth suspect Fort Worth police had fired upon in 10 days and the second who was killed in that same time span. 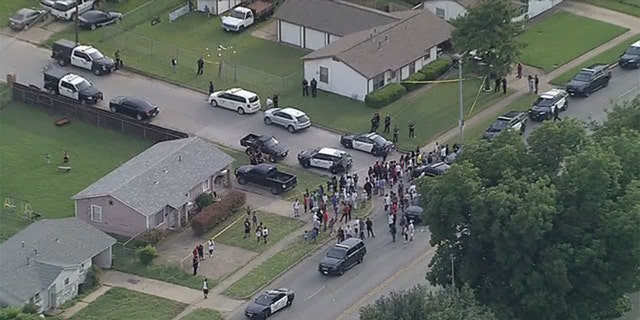 Rev. Kyev Tatum, a local community leader, told FOX4 the seven officers who surrounded Slaton did not give him enough distance to de-escalate the situation.

Tatum also claimed the officers should have worked to defuse the situation and should be held accountable for Slaton's death.

Ramirez, however, pointed to Slaton's actions in the seconds after police gave commands as cutting short the opportunity to ease the standoff.

“Is that enough time to, in your brain, formulate a plan and say 'We should step back'? Is that enough time before the suspect presented his weapon?” Ramirez told FOX4. “And that point, that’s whenever they were forced to take action.”

The three officers who fired their weapons in the shooting have been placed on administrative leave, pending an investigation by the Major Case Unit and Internal Affairs United, according to the Fort Worth Star-Telegram. The findings of those probes will be sent to the Tarrant County District Attorney's Office for a grand jury review, according to the paper.