Drunk man, 29, is jailed for hurling two-year-old toddler from first floor window who was caught by passer-by before he hit the ground 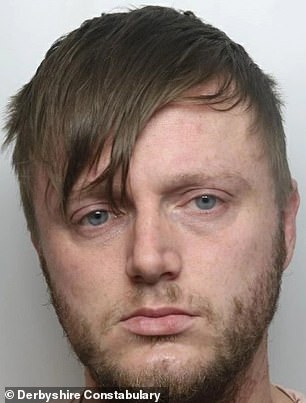 A drunk man has been jailed for two years and eight months for hurling a toddler, two, from a 20-foot-high window.

The child was caught by a passerby before he hit the ground after he was thrown from a first-floor window in Newbold, Derbyshire.

Carl Keany, 29, was regularly drinking seven pints of cider a day and had just returned from the pub, a judge at Derby Crown Court was told.

Judge Egbuna called the crime ‘immoral’ and ‘horrific’ before revealing the sentence.

Even Keany’s defence lawyer, Joe Harvey, branded the act ‘monstrous’ before adding the defendent ‘can never forgive himself for what he has done’.

Keany was openly weeping when he appeared via a video link from HMP Nottingham.

Sarah Slater, prosecuting, outlined the case in court as it happened on August 14 this year.

Keany had been drinking heavily at a nearby pub before he went to a house at around 6.40pm.

That house contained a two-year-old child. A short time after, he could be heard inside the house shouting and screaming at the child victim.

He then became enraged and dangled the child from the window on the first floor of that house. 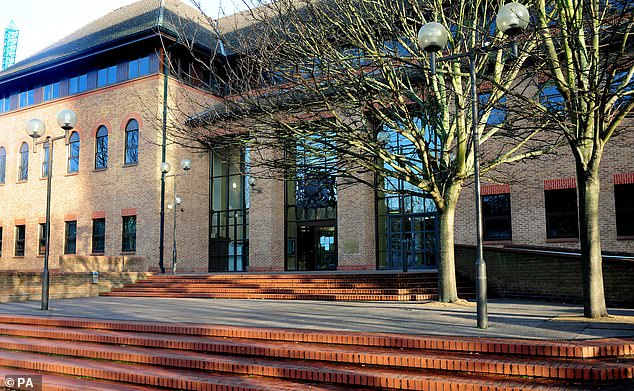 There were two people outside the house on the ground, who both pleaded for him to stop as he was endangering the child.

Miss Slater said: ‘They were shouting at him to take the child back inside, but he shouted: “Here, f****** have him”.

‘He then flings him out of the window.’

Luckily, the people nearby were fast enough to catch the child before he hit the ground.

Police arrived at 6.55pm and tried to get into the house, but he had locked all windows and both the front and back doors.

Eventually, officers managed to arrest Keany and take him to the police station.

Joe Harvey, defending, said: ‘When I picked up this case and read it, it struck me that this is one of those cases which do not materialise in our line of work very often, fortunately.

‘It is monstrous behaviour. That is a word which I used with him in conference this morning and a word that he recognises as being apt.

‘He says he can never forgive himself for what he has done. This is an incident which was entirely out of character for him.’

Judge Robert Egbuna sentenced Keany, of Lucas Road, Newbold, to two years and eight months in prison, saying: ‘Your acts towards the child were immoral, horrific and something that any right-thinking person would view as totally reprehensible.

‘You were under the influence of a significant amount of alcohol. But you have shown remorse and it is clear that you are ashamed of your actions.’

Judge Egbuna also made a restraining order for Keany never to come into contact with the child again until that order is lifted.