The 37-year-old told Sky News: “I will just have to accept it and go to prison because I guess that is the price that you pay for freedom.”

The former financial accountant faced a 22-year spell in jail for “inciting insurrection” and “forgery” after she tried to run in last year’s presidential election against Rwanda’s long-time president Paul Kagame.

Her mother, Adeline, also faced a 22-year term after sending messages that were critical of the government on Whatsapp to her sister and a couple of her friends.

But in a surprise judgment, the court found that both members of the Rwigara family were innocent.

“All charges… have been dropped. The court finds that the prosecution charges were baseless,” said one member of the three-judge panel. 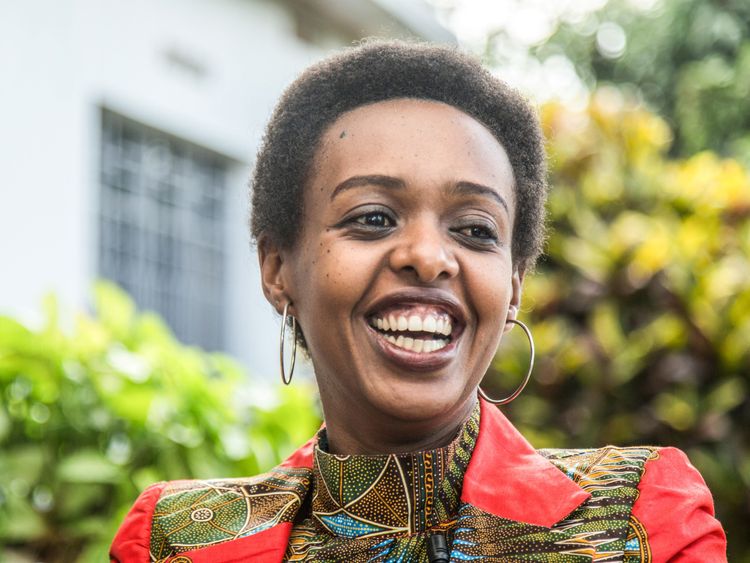 While the decision will come as a great relief to both women, it will not erase what the pair have been through.

Ms Rwigara’s difficulties began when she declared her candidacy in Rwanda’s 2017 presidential contest.

Her 44-year old campaign manager, Thadeyo Muyenzi, went missing and has still not been found.

Then, nude photos – purportedly of Ms Rwigara – were published and shared on social media.

Finally, the country’s election board banned her from participating after they accused her of forging people’s signatures in support of her bid. Kagame won a third term in office with 98% of the vote. Undeterred, the budding politician launched her own political party called the People Salvation Movement, but the police raided the family home – detained the accountant and her mother for the following 12 months.

Speaking to Sky News hours before the verdict was announced, Ms Rwigara said she was targeted by the state because she is prepared to challenge Kagame and his ruling clique.

She added: “This is what happens when you dare to have a different political opinion – a different view from those in the government.

“This is what happens if you don’t disappear like my campaign manager or get thrown into prison or lose your life. So yes, you do pay a price for speaking out in this country.” Paul Kagame, the country’s towering, beanpole-like president, has been widely praised for his role in providing stability and economic growth after Rwanda’s catastrophic genocide in 1994.

However, human rights groups and others have tired of his increasingly autocratic style.

Criticism of the government is rarely tolerated and in 2015, he engineered a constitutional amendment which means he can hold the presidency until 2034.

Amnesty International welcomed the court’s verdict on Diane and Adeline Rwigara but called on the Rwandan government to do more to protect freedom of expression and political debate: “[They] should never have faced charges for expressing their views.

“We call on the Rwandan authorities to build on this judgment and work towards developing greater tolerance and acceptance of alternative and critical views.”

Ms Rwigara, who is described as “fearless” by those close to her, is not about to apologise for attempting to hold Rwanda’s leaders to account. Nor is she likely to stop trying.

“I speak the truth, that the system is built on a lie,” she said. “They simply do not want to be exposed.

“The lie is that everything is well in Rwanda and I just talk about [the reality] which is the high level of unemployment, the high level of poverty, the disappearances, the killings, all that, and they are not ready for that to be exposed.”