Social media users have been poring over Donald Trump’s video published from Walter Reed on Saturday night, after one user suggested that the clip may have been edited to remove a slight cough.

At around one minute five seconds into the four minute clip, the president appears to hiccup slightly. His shoulders rise, and you hear a noise.

While some believe the noise and response were simply Trump stifling a cough or hiccuping, others speculated that it could have been an edit, to remove the splutter.

Those familiar with editing software say that it was reworked with Adobe Premiere, using the ‘morph cut’ tool, which smooths out cuts in footage and is often used to edit out unwanted pauses or stutters.

Chris Evans, host of The Wine Therapy podcast, tweeted to his 59,000 followers: ‘Trump coughed here after the word ‘therapeutics’ and it was edited out using the morph cut feature in @AdobePremiereCC.’

Christopher Orr, a contributing writer for The Atlantic and Forbes, agreed with Evans’ analysis.

‘Clearly a cut here. Hard to imagine any rationale other than persuading the American public that he is healthier than he actually is,’ Orr said. 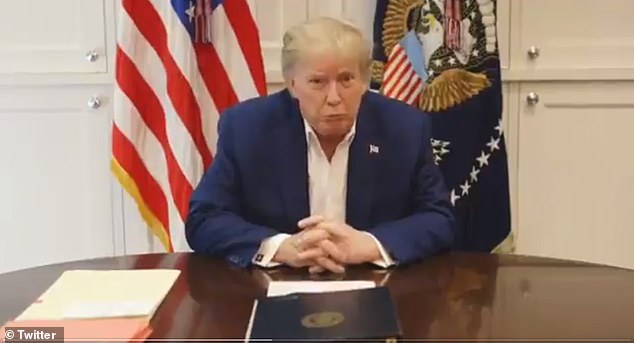 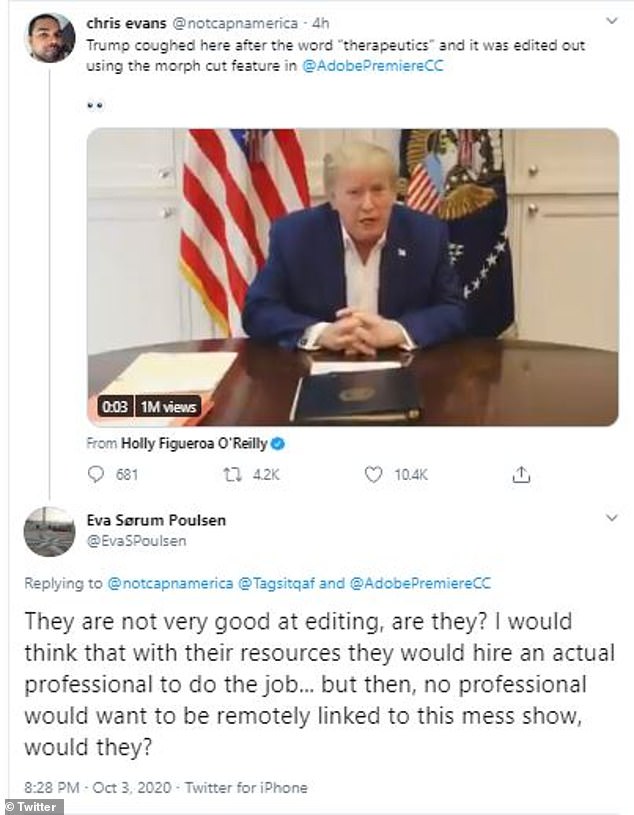 IT developer Eva Poulsen said: ‘They are not very good at editing, are they? I would think that with their resources they would hire an actual professional to do the job… but then, no professional would want to be remotely linked to this mess show, would they?’

Another said: ‘Good grief! Proof of life / doing well video and they botch it with the edit. WH is run by 8yr olds.’

‘Hey editorial friends, think someone didn’t click progressive source and feature match on the fluid morph or is that just a hiccup like my dad used to do?’ he asked. 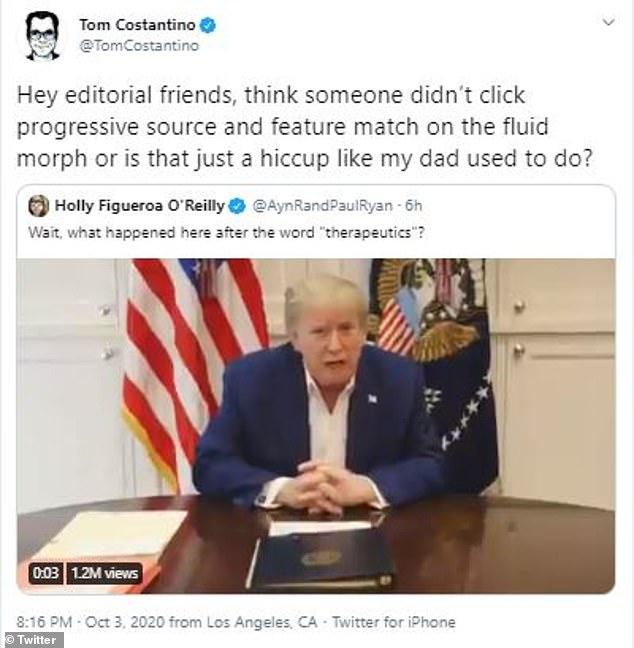 Tom Costantino, a professional film editor, asked if it was a bad edit or just a hiccup

Some questioned why they would even attempt to hide a cough as it is one of the most common symptoms of COVID-19.

Trump on Saturday night said he was ‘starting to feel good’ after testing positive for coronavirus, posting a video on Twitter.

Trump added that the treatments he is receiving are ‘miracles from God’ as he said that his wife Melania’s symptoms were not as severe as his own.

‘Melania is really handling it very nicely. As you’ve probably read, she’s slightly younger than me, just a little tiny bit,’ he said of his 50-year-old wife.

‘And therefore, we know the disease, we know the situation with age versus younger people and Melania is handling it statistically like it’s supposed to be handled and that makes me very happy, and it makes the country very happy, but I’m also doing well and I think we’re gonna have a very good result again.’ 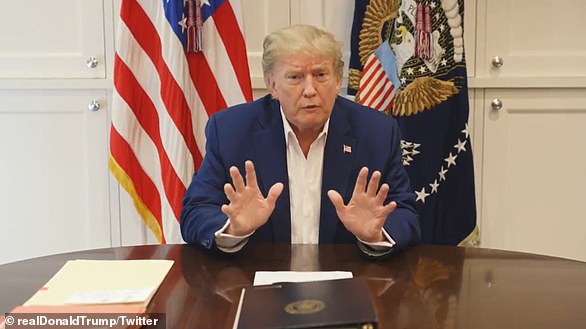 I want to begin by thanking all of the incredible medical professionals, the doctors, the nurses, everybody at Walter Reed Medical Center – I think it’s the finest in the world – for the incredible job they’ve been doing.

I came here, I wasn’t feeling so well, I feel much better now. We’re working hard to get me back. I have to get all the way back because we still have to make America great again.

We’ve done an awfully good job of that but we still have steps to go and I have to finish that job. I’ll be back, I think, I’ll be back soon and I look forward to finishing up the campaign the way it was started, the way we’ve been doing and the kind of numbers we’ve been doing.

So many things are happening, if you look at the therapeutics which I’m taking right now some of them and others that are coming out soon that are looking like, frankly they’re miracles, if you want to know the truth. People criticize me when I say that but we have things happening that look like they’re miracles coming down from God so I just want to tell you that I’m starting to feel good.

I don’t know the next period of a few days, I guess. that’s the real test so we’ll be seeing what happened over those next couple of days.

I also want to thank the leaders of the world for their condolences and they know what we’re going through. They know what your leader is and what I have to go through.

But I had no choice because I just didn’t want to stay in the White House. I was given that alternative: stay in the White House, lock yourself in, don’t ever leave, don’t even go to the Oval Office, just stay upstairs and enjoy it. Don’t see people, don’t talk to people, and just be done with it and I can’t do that, I had to be out front and this is America, this is the United States, the greatest country in the world. This is the most powerful country in the world. I can’t be locked up in a room upstairs and totally safe and just say “Hey, whatever happens, happens”. I can’t do that.

Melania is really handling it very nicely as you’ve probably read, she is slightly younger than me just a little tiny bit.

And therefore, we know the disease, we know the situation with age versus younger people and Melania is handling it statistically like it’s supposed to be handled and that makes me very happy and it makes the country very happy but I’m also doing well and I think we’re gonna have a very good result.

Again, over the next few days we’re gonna probably know for sure so I just want to thank everybody out there, everybody all over the world, specifically the United States – the outpouring of love has been incredible. I will never forget. Thank you very much.