It’s a miracle! Dozens of bibles and a cross SURVIVE a powerful inferno which ripped through a church in West Virginia and destroyed everything else in its path

A row of bibles and a cross were left miraculously intact after a devastating inferno ripped through a church in West Virginia.

Coal City Fire Department rushed to the Freedom Ministries Church in Grandview at around 1am on Sunday.

The blaze was so ferocious that the firefighters were forced back on one occasion. 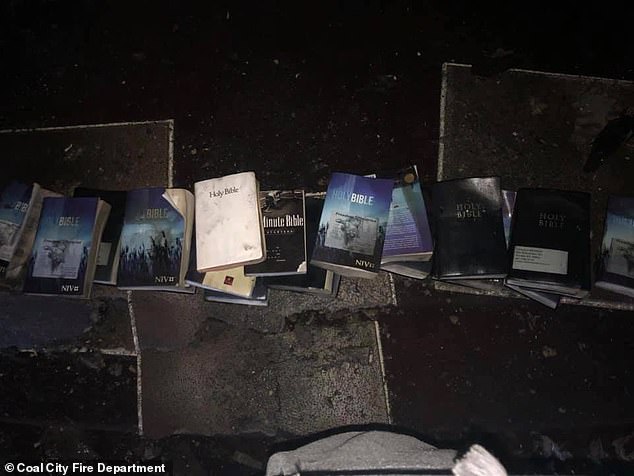 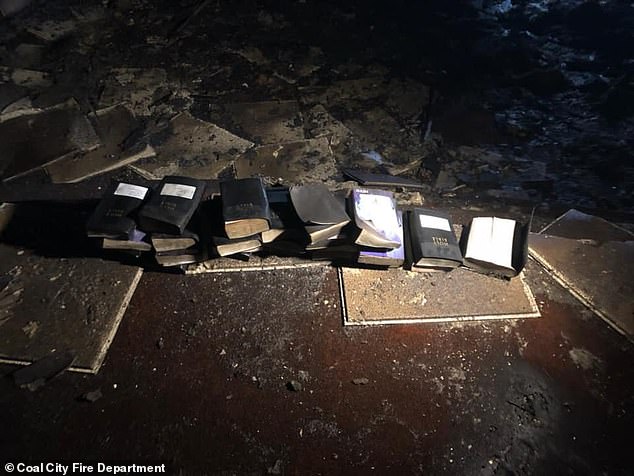 The contents of the church appeared burnt to cinders, save for around a dozen pristine bibles which were discovered underneath the rubble. 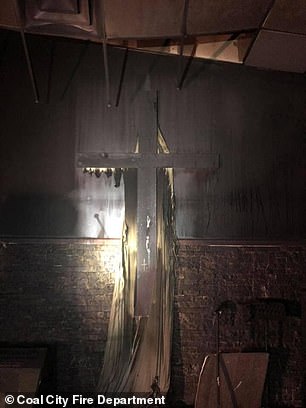 A crucifix on the wall remained intact

Furthermore, a crucifix on the wall was left totally unscathed.

The fire department wrote on Facebook: ‘Though odds were against us, God was not.

‘Picture this, a building so hot that at one point in time, firefighters had to back out. In your mind, everything should be burned, ashes.

‘Prayers for the pastor and the congregation today.’

Christians have responded in awe on Facebook at the power of God and thanked him for what they believe was a miracle. 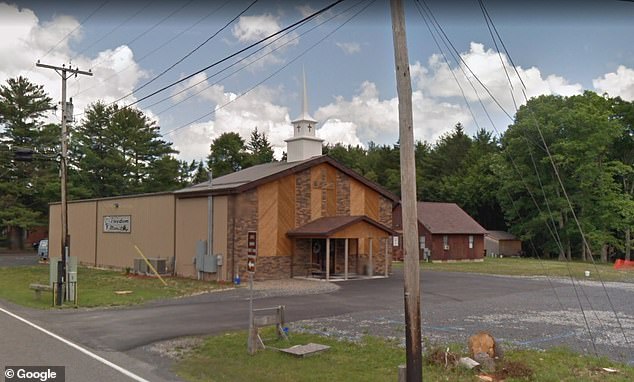 The Freedom Ministries Church in Grandview, West Virginia where teams are still investigating the cause of the fire

Barbara Mitchell wrote: ‘He said heaven and earth shall pass away but his word will always stand there it.’

Jennifer White replied to the fire department: ‘We had a fire in a loft above our garage growing up. We had a picture of Jesus on a wall where the fire started. Everything was on fire. But the picture of Jesus never caught on fire. God is so good.’

The cause of the fire is not yet known and still under investigation, CBS reported.