Motorists who drive in bus lanes will avoid fines for a first-time offence under a major overhaul of traffic laws, the Daily Mail has discovered.

For years, councils have earned millions by exploiting drivers who make one-off mistakes – often because of unclear road markings. 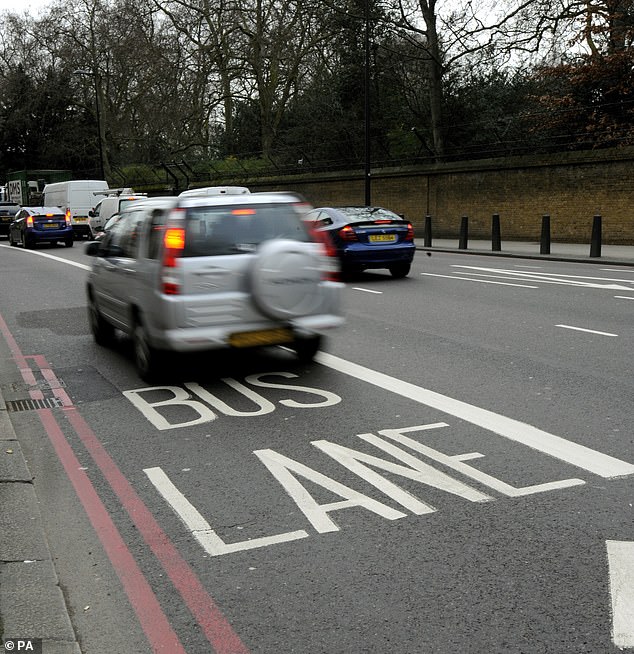 In 2018, the then transport secretary Chris Grayling said motorists who used bus lanes would avoid a fine for a first offence as part of a more ‘fair and balanced’ system.

But nothing was done and since then English councils have raked in a record £92.5million from bus lane fines – earning them £59.2million after costs.

But now Boris Johnson is recommending first-time offence exemptions for bus lanes and other ‘moving traffic violations’, such as making illegal turns, driving incorrectly in yellow box junctions and taking a car into a cycle lane.

These minor offences have been enforced by police but will now be overseen by local councils that have enforced bus lane use for years. Local authorities will be forced to adhere to the one-off warning instead of issuing a fine.

The Prime Minister has outlined the proposal as part of his ‘Gear Change’ plans for cycling and walking, which state: ‘We will issue guidance to local authorities… including the importance of ensuring the need for traffic signing to be properly designed and placed, so that it is clear to drivers what restrictions are in force. We propose that motorists be issued with a warning for a first offence, and fines for subsequent offences.’

The AA has campaigned against bus lane ‘traps’, which can leave drivers with fines of up to £130.

Roads spokesman Luke Bosdet said: ‘After more than a decade of draconian bus lane enforcement in which hundreds of thousands of unwitting drivers have been caught and fined, the Government has restored some fairness.’ 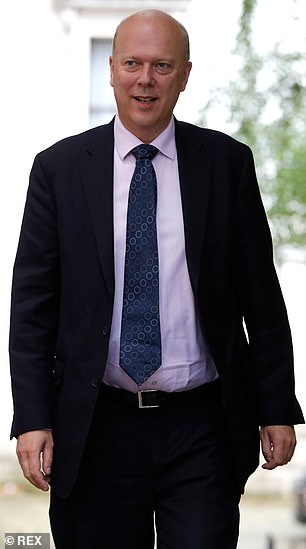 In 2018, the then transport secretary Chris Grayling said motorists who used bus lanes would avoid a fine for a first offence as part of a more ‘fair and balanced’ system. But nothing was done and since then English councils have raked in a record £92.5million from bus lane fines – earning them £59.2million after costs

He said the Department for Transport had advised councils in 2008 that first-time offenders should be sent warning letters, adding: ‘But with the lure of fines income, councils ignored that.

‘The majority of drivers caught by bus lane and other moving traffic enforcement are people who are unfamiliar with those roads. Warning first-time offenders is a very fair solution, reserving the big stick for repeat offenders.’

Many minor traffic offences are thought to be the result of ambiguous road markings or because visiting drivers are unfamiliar with local roads. For example, 60 per cent of bus lane fines issued by Glasgow City Council are sent to addresses outside the city.

In addition, a survey of local councils showed almost nine out of ten appeals against bus lane fines succeeded in parts of Britain because drivers proved signs were unclear. Campaigners suspect councils fail to improve bus lane markings because the fines are so lucrative, at typically £130 in London and £70 outside the capital.

However, the AA says many innocent drivers simply pay up.

A Department for Transport spokesman said: ‘We’re determined to ensure these powers are used proportionately, which is why our plans include proposals for drivers to be given a warning notice in the first instance.’