New York: The Netherlands is considering referring Russia to an international court after reaching an impasse with the Kremlin over responsibility for shooting down a civilian airliner over Ukraine in 2014, killing 298 people, many of them Dutch citizens. 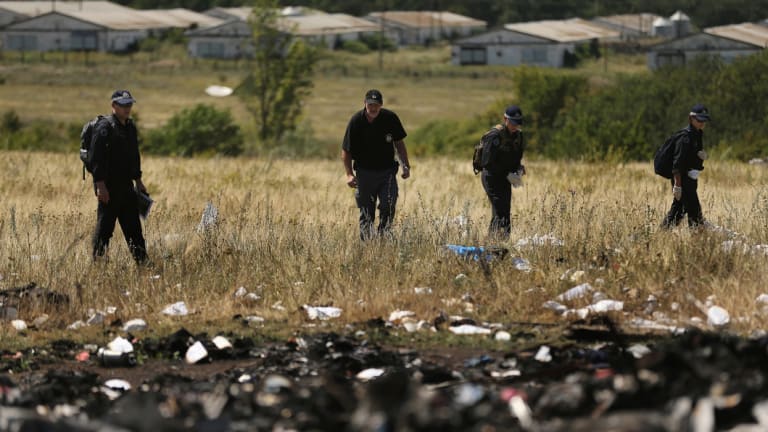 Australian Federal Police and their dutch counterparts searching at the MH17 crash site for human remains in August 2014.Credit:Kate Geraghty

In a letter delivered to the Dutch Parliament on Thursday, the country's foreign minister, Stef Blok, said that Russia had rebuffed all efforts to start negotiations on a possible settlement or compensation for the victims of the 2014 attack on Malaysia Airlines Flight 17, and that the government was considering "potential next steps" including "submitting the matter to an international court or organisation."

The Netherlands and Australia, whose citizens made up a large number of the victims, made "several requests to Russia through diplomatic channels to engage in formal meetings on this matter, with a view to establishing the truth and achieving justice and accountability for the victims and their next of kin," Blok wrote in the letter, which was obtained by The New York Times.

The diplomatic efforts, he said, have not produced negotiations "concerning Russia's responsibility," though the Dutch government remains open to dialogue should the Kremlin wish to come to the table.

Russia has denied any involvement in the attack, and Western allies have accused the Kremlin of trying to thwart the investigation through cyberattacks and a disinformation campaign. Though Dutch authorities have not yet decided on a precise plan of action, the letter is a clear indication of their frustration with Russia. 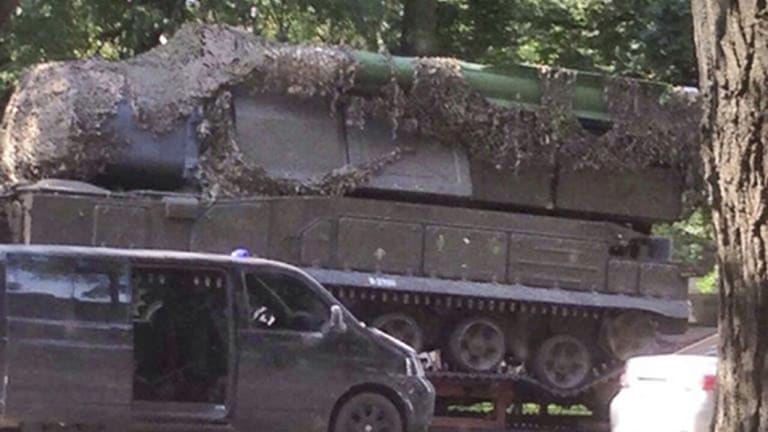 An image a Russian Buk-Telar missile launching system probably taken to the town of Makeevka, Ukraine., on on July 17, 2014.Credit:JIT/AP

Any effort to seek accountability through an institution like the International Criminal Court would take years, if not decades, though the mere threat may incense Russia. When Blok first challenged Russia to accept responsibility in May, he described the reaction of his Russian counterpart, Sergey Lavrov, as "quite abrasive."

That was around the time an international consortium of prosecutors determined that the Russian military had supplied the missile that shot down the airliner. The missile, part of a Buk anti-aircraft system, belonged to the 53rd Anti-aircraft Brigade based in the Russian city of Kursk, and was transported from Russia to eastern Ukraine during a period when pro-Russian rebels there were sustaining heavy losses from Ukrainian airstrikes, the prosecutors found.

The war between Ukraine and Russian-backed separatists has now dragged on for nearly five years, at the cost of more than 10,000 lives. Though the eastern provinces of Ukraine have become virtual no-go zones for outsiders, in July 2014 the region was still a busy, east-west corridor for civilian air traffic.

MH17 was en route from Amsterdam to Kuala Lumpur, the Malaysian capital, when it was hit by the missile and broke up in midair, scattering debris and bodies over wheat fields below. Almost immediately, suspicion fell on Russian-backed separatists. Ukraine's Ministry of Foreign Affairs released audio of a phone call, made right after the plane was downed, in which a separatist commander told a Russian military intelligence official, "We have just shot down a plane."

As quickly as accusations were made, Russia issued denials and circulated alternative theories about the crash, including one claiming a Ukrainian fighter jet shot down the plane.

Russia also may have sought to undermine the investigation. After Dutch authorities thwarted a group of Russian spies trying to break into the computers of the international chemical weapons watchdog in The Hague last April, they discovered that a Russian officer had been at a Kuala Lumpur hotel near where Malaysian officials were gathered to investigate the crash.

Prosecutors say they have identified about 100 people of interest in the case, but have so far refrained from naming them publicly. Prosecutors have said that the suspects could be tried in a Dutch court, but have not indicated how they might be extradited to the Netherlands.