THE ELECTION loss has finally got to Jeremy Corbyn on a day he slammed his car door, ignored Boris Johnson, and then scowled in the Commons.

Mr Corbyn suffered the day from hell as he prepared for his first parliamentary speech since suffering a crushing defeat that saw Labour’s red wall completely collapse. 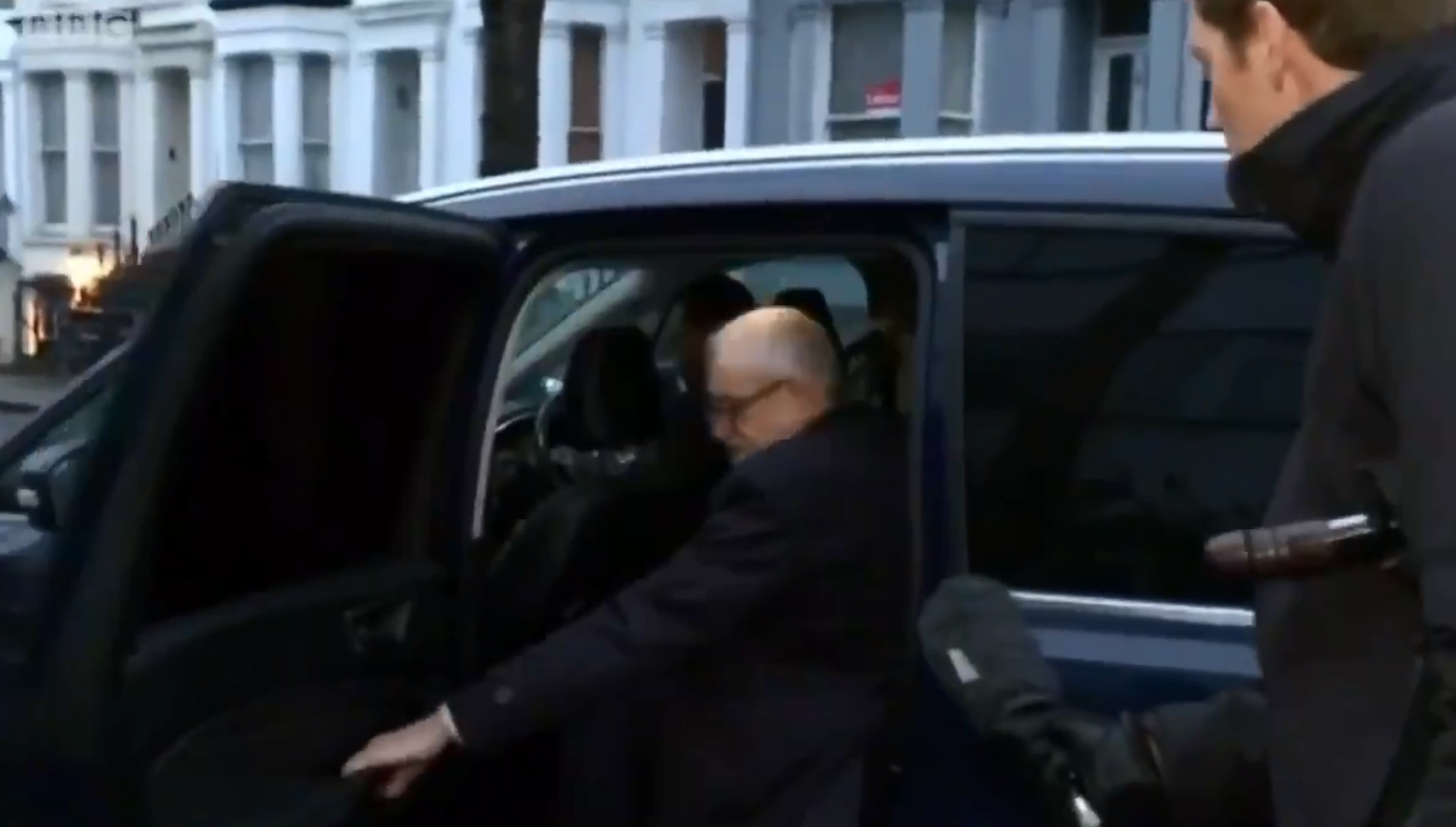 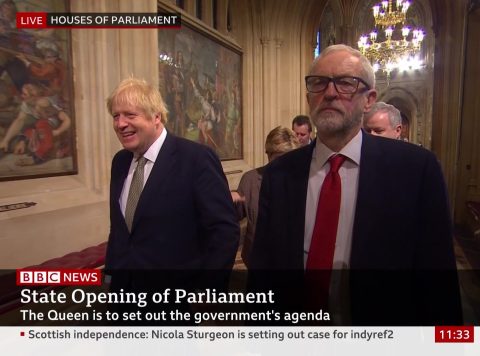 The warning signs were there as he left his North London home this morning, slamming both his own gate and the car door.

His second aggressive slam came after being asked if he was “in denial about your election defeat.”

Refusing to answer the question, he then sped off without uttering a single word.

Things then got even worse as the stroppy socialist ignored the Prime Minister as the pair walked through the House of Commons.

Mr Corbyn completely refused to chat to the PM as they made the traditional stroll together for the Queen’s speech.

Despite the snub, Mr Johnson looked unphased by the leftie-leader's sour expression and was filmed chuckling to himself.

The awkward exchange echoed similar scenes the last time the pair were forced to walk through Parliament for the Queen's Speech before the election.

His sulk then continued in the Commons, with the Labour leader refusing to see the funny side as Tory MPs Tracey Crouch and Eddie Hughes made light-hearted speeches to Parliament.

The debating of the Queen's speech is supposed to be a comedic affair, but Mr Corbyn failed to get in the swing of things. 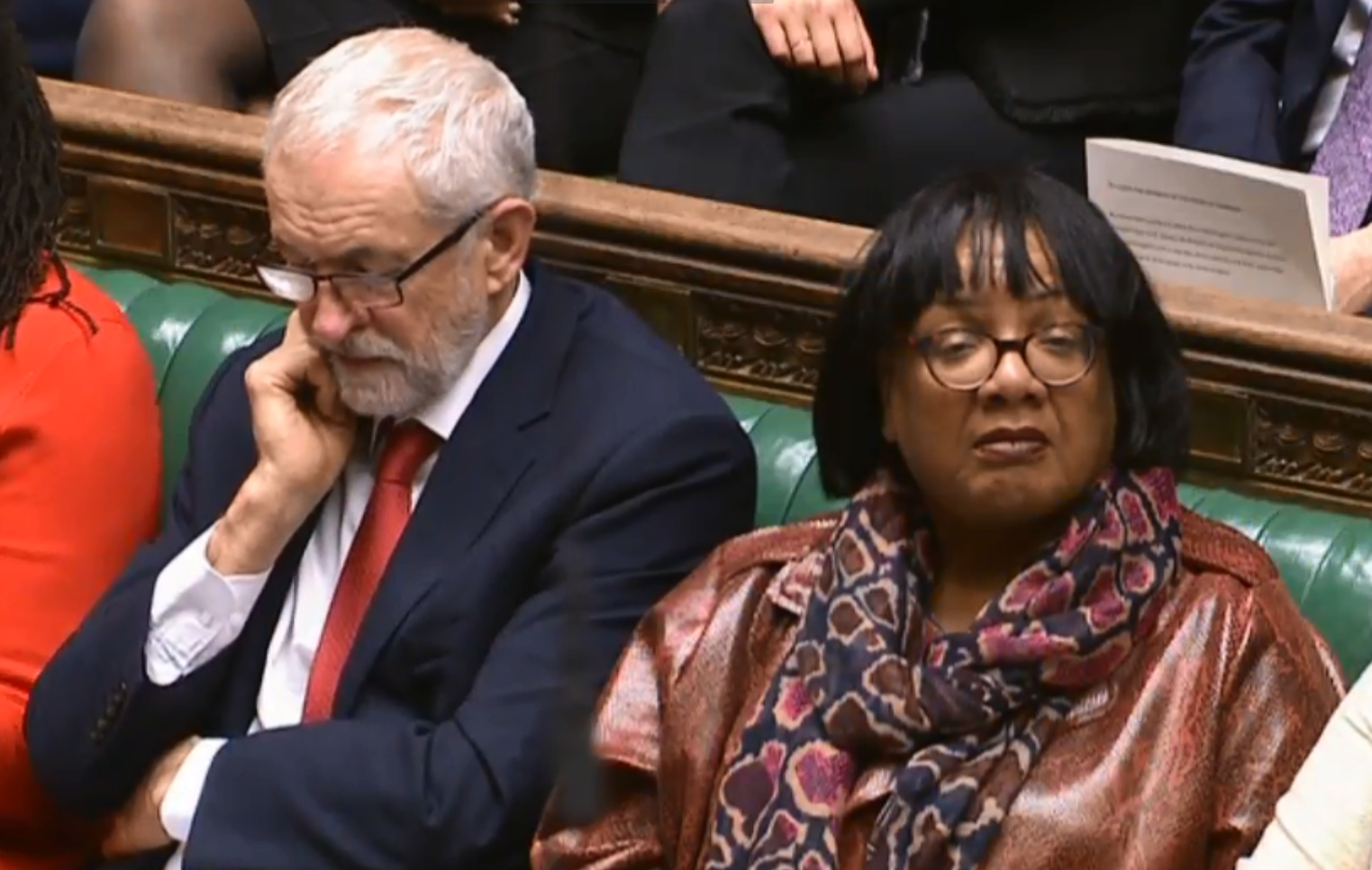 Ms Crouch compared him to a Christmas Carol, saying: “Old Marley sits on the front bench opposite, chained and regretful – and that is just about Arsenal’s recent performance.”

The camera cut to a miserable Mr Corbyn, who failed to see the funny side

During Mr Hughes's speech, he compared the Labour leadership to John Stonehouse, a former Labour MP who faked his own death.

He said: "The Labour party were unhappy with the situation, but chose not to expel him. That sounds like a familiar theme these days."

It comes as Mr Corbyn, who has still not resigned, finally admitted playing a role in Labour's crushing defeat.

Speaking to his MPs, he said: “I am very sorry for the result for which I take responsibility.”