This is the moment a herd of elephants charged a bloat of hippos to claim the prime spot at a watering hole.

The spectacular clash of nature’s giants was caught on camera on Sunday, August 9 in the Pilanesberg Nature Reserve, South Africa.

Wildlife photographer Corlette Wessels, 47, was just yards from the action when a large elephant cow began to take exception at the presence of nearby hippos.

The elephant’s bad temper quickly turned into a charge and the hippo was forced to turn and flee. 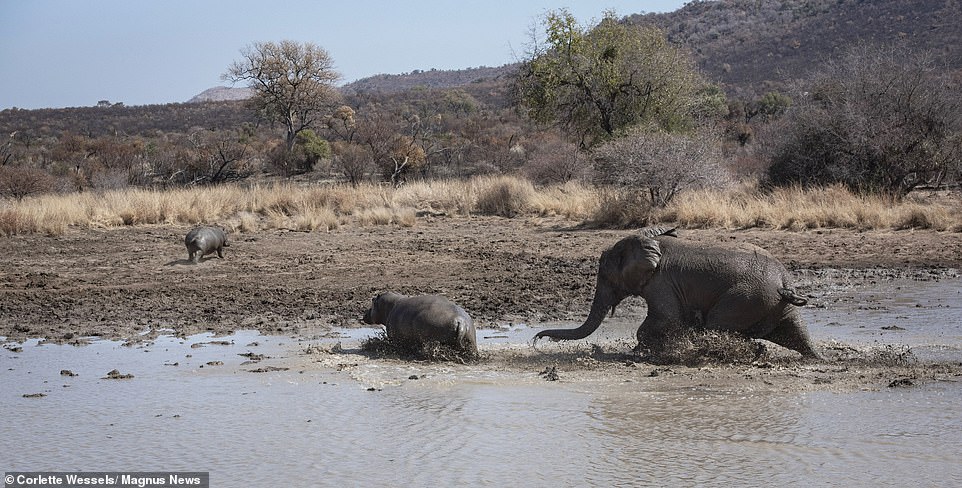 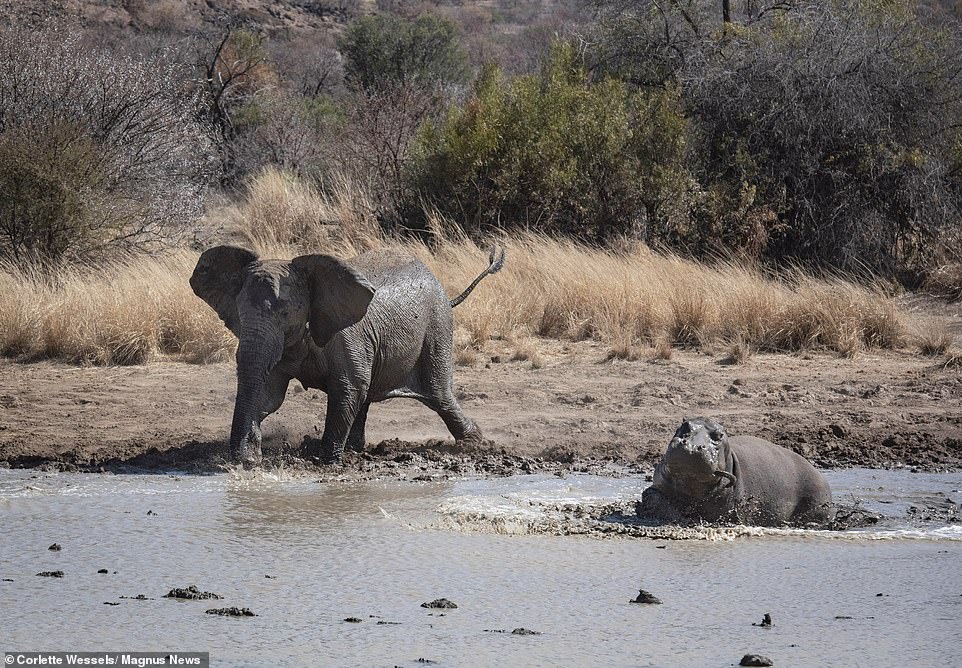 Seeing one of their herd in distress several tonnes of elephant herd joined the chase which saw the hippos race for safety.

Both the female elephant and some of members of the herd managed to catch the hippos hitting them with their massive trunks.

But thankfully a pachyderm peace descended once the hippos moved to a muddier section of the watering hole.

Corlette, who lives on Crocodile Nature Reserve, just north of Johannesburg, said this was the first time she had seen anything like this.

She said: ‘I am no expert in animal behaviour, but I think this elephant cow was irritated with the two hippos being near where she was busy drinking.

‘The hippo she chased after is known as ‘Harry’ as you can ID him with his deformed teeth.

‘She at first mock charged him and then quickly this turned to a full on chase where she chased him through the water, hitting him with her trunk and pushing him. 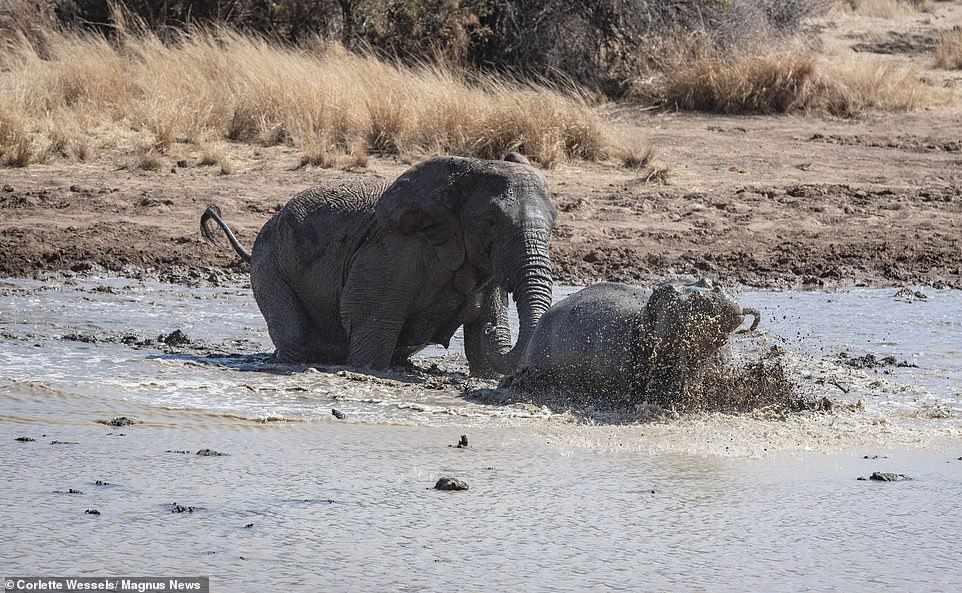 She said: ‘I am no expert in animal behaviour, but I think this elephant cow was irritated with the two hippos being near where she was busy drinking’ 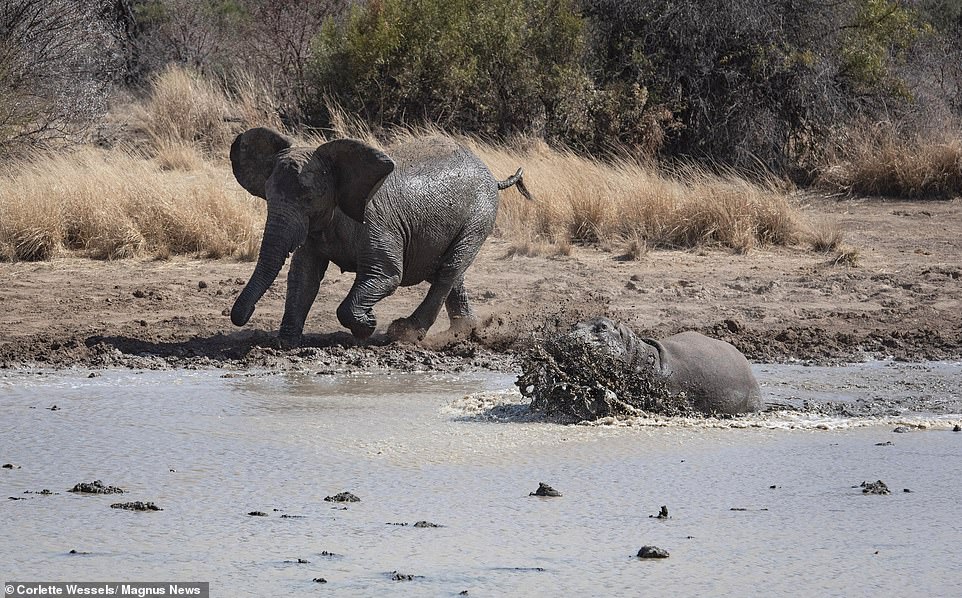 ‘While she chased him the other hippo ran into the bush and the rest of the elephant heard ran toward the hippos.

‘I thought they were going to kill the hippos, honestly as the entire heard of elephants ran after the hippos with aggression.

‘I could not see much after they chased them into the bushes and only much later ‘Harry’ returned to the waterhole with the elephant cow still behind him chasing him.

‘He went into thick mud and things settled down. The elephants were all trumpeting during this, it was crazy really, it all happened so fast.’

Corlette said the other hippo also appeared later with some blood on its side but otherwise unharmed.

She said: ‘I know both hippos and elephants are extremely dangerous and fast when they run, but seeing both elephant and hippo run like this through muddy water and on land was insane and makes one even more aware how dangerous they are and how quickly these big animals can go from standing to full speed charge. It’s a reminder to respect animals.

‘I have seen elephants being irritated before with hippos but often just a blow of water or swing of the trunk towards them but never like this, this was a full-on charge to kill the hippo.’

Corlette, who works as a business development manager for a solar energy business she runs with her husband, used a Nikon D750 with Nikkor 70-200 lens to take the photos.

She said: ‘I have been doing wildlife photography since my late 20s and it is a big part of my life and passion of mine, I try to get into the bush as often as I can.’