A former camera assistant on The Ellen DeGeneres Show has claimed the program’s environment could be compared to the film The Devil Wears Prada, in yet another attack on the ‘toxic’ environment on the hugely-popular star’s set.

The anonymous former employee told the hosts of Australian radio show Stav, Abby & Matt that their year spent working there was tortuous, and that everyone stayed only to improve their resume.

‘I worked there for a little over a year,’ she said, speaking to the hosts on Tuesday. ‘At the show there is a culture of competition. You are constantly reminded that the show is this behemoth, and it will be there with or without you.’ 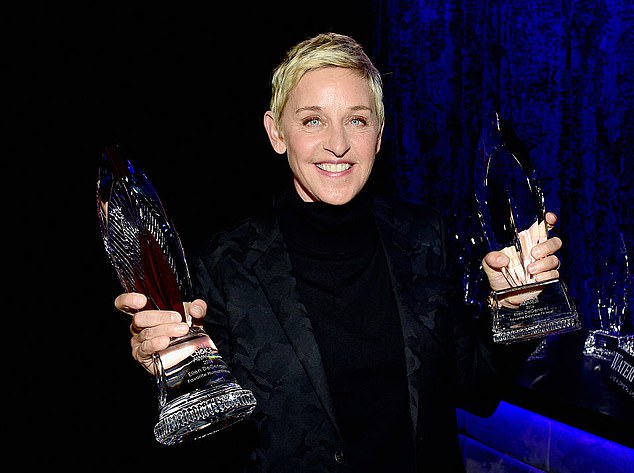 A former camera assistant on The Ellen DeGeneres Show has claimed the program’s environment could be compared to the film The Devil Wears Prada, in yet another attack on the ‘toxic’ environment on the hugely-popular star’s set

She said it reminded her of the 2006 film, in which Meryl Streep plays an offensive and demanding boss, rumored to be based on Vogue editor Anna Wintour.

‘It’s kind of like The Devil Wears Prada. Everyone is trying to make it to the [end of a] year.

‘It’s just a badge of honor to have that and have it on your resume.’

The woman, with an American accent, said it was ‘really disappointing’ that people were reluctant to believe the ‘victims’.

She said the film industry was ‘really hard’, and that the show was regularly on a ten-hour day.

‘But it’s more than that. It’s basic rights; being paid overtime, water on a hot day. If you ask for that, you’re told, well, there’s the door.’

She said it was ‘really unfair’ that people like Ashton Kutcher, Katy Perry and Orlando Bloom weigh in on how the employees are treated. 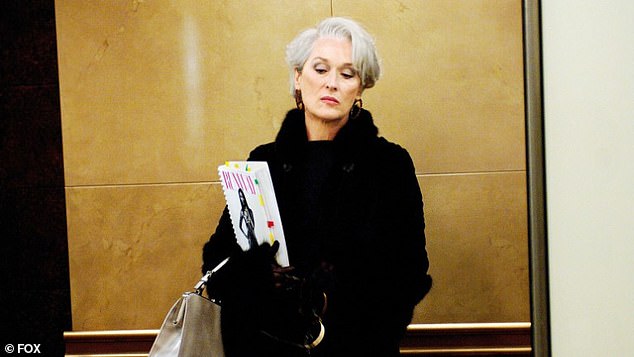 The former staffer told the Brisbane-based hosts that people were not allowed in the same room as the comedian, and that she had never even met her.

‘Most people are told: “When Ellen enters the room, you and your entire crew need to leave.”

‘Sometimes her bodyguards come forward first and you kind of see them and you know to leave and that’s it.’

In recent months DeGeneres, 62, has been accused of racism and bullying, as well as fostering a ‘toxic environment’ behind the scenes of her hit talk show.

An official investigation into the allegations, made by past and present employees, was launched by WarnerMedia earlier in the month.

The anonymous source said that DeGeneres probably has no idea of ‘what’s going on in her own show at all’.

A former producer, Hedda Muskat, said DeGeneres was a ‘toxic host,’ and claimed the star once ‘giggled’ after executive producer Ed Glavin screamed at a crew member.

A past guest named Dana Dimatteo also previously claimed that Ellen ‘snapped’ out of her ‘kind’ character when the cameras stopped rolling.

Her wife, Portia de Rossi, has sprung to her defense, posting a photo with the hashtag: ‘I stand by Ellen.’ 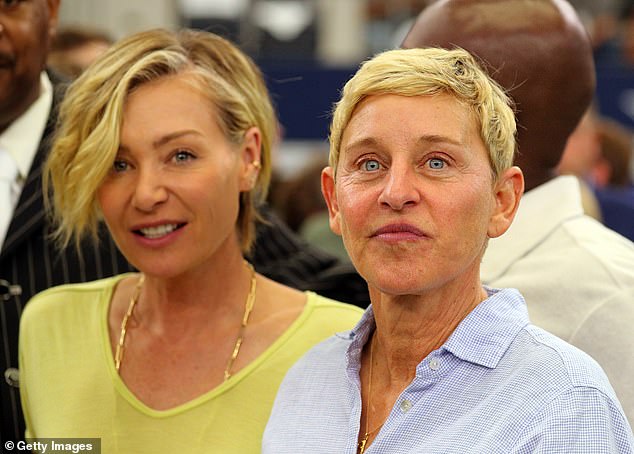 Portia de Rossi, DeGeneres’s wife, has spoken out in her defense against the accusations

Actor Kevin Hart has also spoken out to back his friend, with whom on Saturday he was spotted having lunch in Montecito.

‘She makes the world a better place for millions of people everyday and we cannot hit her because something may have not been perfect,’ Figueras wrote on Instagram.

DeGeneres has apologized for the allegations in a letter sent to employees, and admitted that she had to take responsibility as her name was at the top.

She added that as her program has grown, she had ‘not been able to stay on top of everything’ and had instead ‘relied on others to do their jobs as they knew I’d want them done.’

DeGeneres wrote: ‘Clearly some didn’t. That will now change and I’m committed to ensuring this does not happen again.’