A DESPERATE appeal has been launched to trace a teenager who has been missing for more than 24 hours after vanishing from her home.

Emma Sutherland, 13, disappeared from her home in Edinburgh at around 9am yesterday. 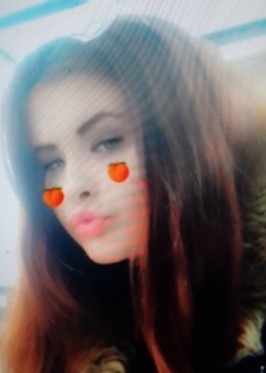 The teenager hasn't been seen since. Her family did have contact with Emma late last night but have grown increasingly concerned for her welfare.

She is described as 5ft6in tall, with a slim build, long brown hair and blue eyes.

When she disappeared from her home, she was wearing a black jacket, grey leggings, black and white Nike trainers and carrying a grey handbag.

Emma is known to frequent the Oxgangs, Howdenhall and Ferniehill areas of the city – and police in the capital have now launched a frantic search to find her.

Cops have urged anyone with any information – or those who may have seen her – to come forward.

Inspector Keith Forrester from Wester Hailes police station said: “Along with her family, we are becoming increasingly concerned for Emma’s welfare and we are keen to locate her as soon as possible.

"She is known to frequent the Oxgangs, Ferniehill and Howdenhall areas and I would urge anyone who may have seen her, or knows where she is, to contact us as soon as possible.

"Similarly, if Emma is reading this, please let us know you are safe and well.”