An ex-Home and Away actor who was brutally raped as a child has said no sentence could make up for the hell he has endured as his attacker was jailed.

Trevor Allan Dale, 60, was sentenced to a minimum of five years and eight months behind bars in the NSW District Court on Friday for raping Bryan Wiseman in 1980.

The brutal attack left the then-10-year-old bleeding and in ‘excruciating’ pain. 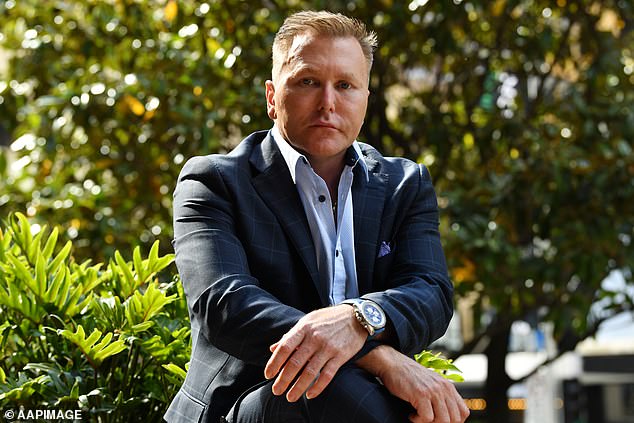 Ex-Home and Away actor Bryan Wiseman, (pictured after giving his victim impact statement on Friday) who was brutally raped as a child, has said no sentence could make up for the hell he has endured as his attacker was jailed

Mr Wiseman’s hands and voice shook as he read a victim impact statement on Friday.

Speaking through tears he told the court: ‘I have been a prisoner to what Trevor Dale has done to me for 40 years and there is no sentence that can make up for the mental hell that I have endured.’

Dale abused the victim in the summer of 1979-80 at Mr Wiseman’s family home in Sylvania in southern Sydney.

He would corner the young boy behind a granny flat as they played together in the family’s yard.

After the abuse, the then-20-year-old would say: ‘You shouldn’t have done that to me.’

Mr Wiseman said he got into trouble after he was raped because his father thought damage to the granny flat’s fibro wall was caused by his soccer ball.

Mr Wiseman told the court when he was in year seven he reached out to a child living on Dale’s street to warn him about the paedophile. 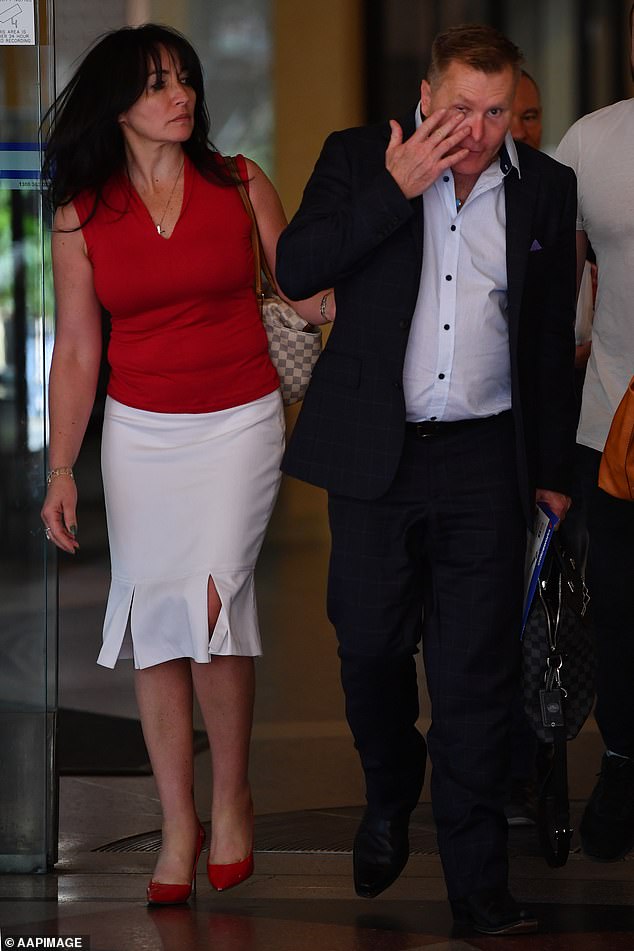 Trevor Allan Dale, 60, was sentenced to a minimum of five years and eight months behind bars in the NSW District Court on Friday for raping Bryan Wiseman (pictured right outside court on Friday) in 1980

This act led to an onslaught of ‘horrendous teasing and bullying’ throughout the rest of his time at school.

‘I was called names such as “c**k sucker” … this teasing would happen on a daily basis,’ he said, revealing he’d once burned his face and hands with Drano crystals so he could stay home from school.

‘I still watch and observe people and think about how clean they are, whilst I remain dirty,’ he said.

The actor has been diagnosed with chronic depression and post-traumatic stress disorder. 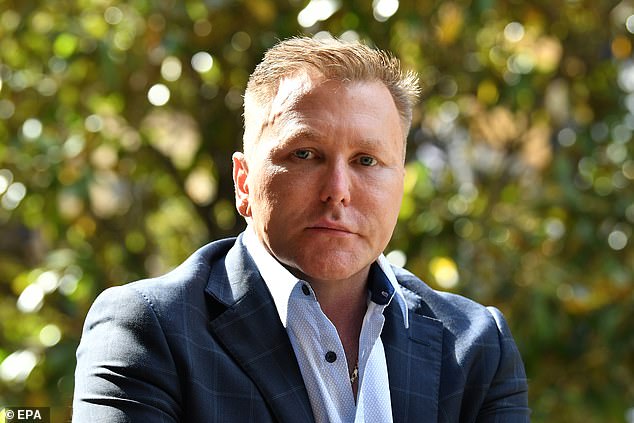 ‘During my really bad times over the years I have even planned my own suicide – and planned how I would kill myself so as not to be found,’ he said.

‘I didn’t want anyone at my funeral as I did not feel worthy enough.’

Mr Wiseman said the rape affected his mother who found his blood-stained clothes in the laundry.

‘My mum always felt guilty after what happened to me and blamed herself,’ he said.

‘In 1988 she had a stroke and thought it was God’s way of punishing her for not protecting me.’ 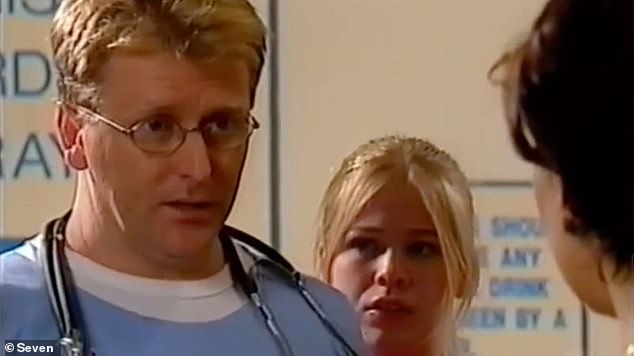 Mr Wiseman in 2017 finally reported what had happened to New South Wales Police.

Officers were able to record a conversation between Mr Wiseman and Dale where the latter admitted what he had done – saying it was ‘all a bit of fun’.

Dale received a maximum sentence of eight years. He will be eligible for release in December 2023.

Mr Wiseman rose to fame as Dr John Wilson in Home and Away – starring in the TV soap between 1998 and 2003.