A former Tesco worker has been named the world’s fourth highest paid YouTuber after he earned £14.5million over the last year.

Dan Middleton films himself playing games online. The 27-year-old then puts the footage on YouTube while he describes what is happening.

The former Tesco worker, from Wellingborough, Northamptonshire, now has more than 20.7million subscribers, has toured the world and even has his own merchandise range. 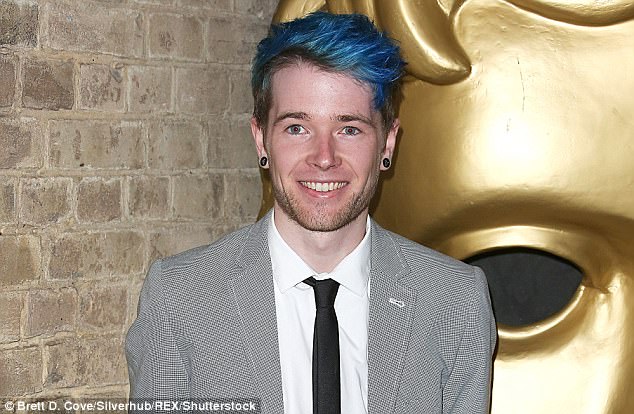 He passes on tips to his viewers on how they can reach higher levels on the game.

Generally, if a YouTuber’s videos are regularly attracting more than 1,000 viewers, they can monetise their channel through advertising.

YouTube gives about 68 per cent of its advertising profits from a video to the YouTuber. Getting 1,000 views is thought to make the YouTuber around £1.10 of revenue.

Last year Middleton was named the richest YouTuber in the world for 2017 by Forbes, but he was pushed out of the top spot this year by a seven-year-old boy called Ryan, whose parents film him reviewing toys. The American schoolboy earned £17.2million this year.

The young boy, whose last name and location within the US haven’t been made public to protect his privacy, jumped from eighth place last year to number one this year. 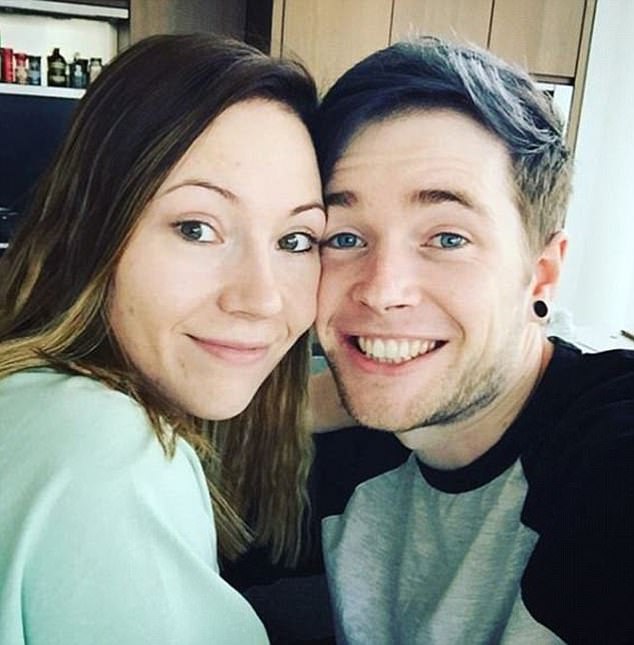 Middleton, known as DanTDM to his millions of young fans, recently went on a 97-date world tour which included the second fastest-selling show of all time at Sydney Opera House.

The former Northampton University student began his empire during his studies by filming himself playing popular adventure game Pokemon.

His videos now mainly focus on Minecraft – a computer animated game where players build a world out of blocks.

He holds the Guinness World Record for ‘most views for a dedicated Minecraft video channel’.

Middleton married his girlfriend Jemma in 2013 and she also plays Minecraft.

He has said in the past that they ‘spend a lot of time gaming together, and I bounce ideas off her as well’. The gamer has spoken about having a ‘responsibility’ to be a good role model for fans of his YouTube page, which was originally intended for five to ten-year-olds.

He said: ‘It’s something I was just not prepared for at all. It’s something I’ve slowly been learning about in the past three or four years. In the past five years YouTube has evolved. Being a YouTuber was not a thing before.

‘I know people that make similar content to me who are 30 or 40 years old so I don’t think there is an age limit to it at all.’ 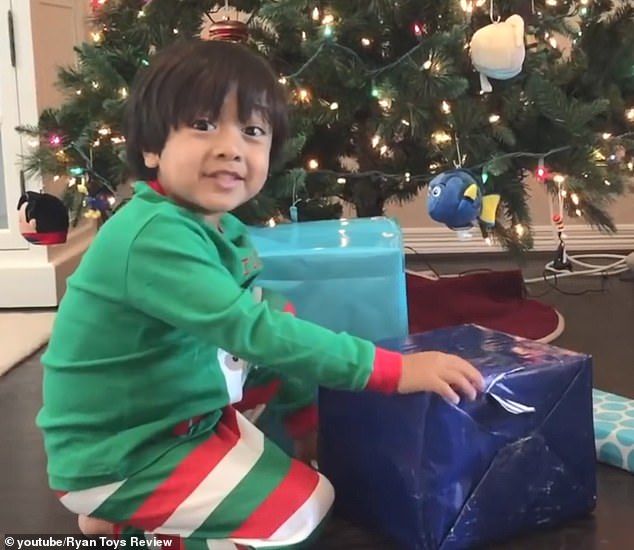 Millionaire! YouTube star Ryan of Ryan ToysReview placed first in Forbe’s ranking of this year’s 10 highest-paid YouTubers in the world

WHO ARE THE HIGHEST EARNING YOUTUBERS IN 2018?

Ryan’s just like every other 7-year-old: He loves Legos, trains, cars—and his 17 million followers. His latest mini-mogul move: a line of collectibles and more, now selling at Walmart.

The boisterous younger brother of disgraced Logan (No. 10) earned a career-best income from his thriving merchandise business. He attracted more than 3.5 billion views of his rap songs and goofy pranks over our scoring period.

Last year’s top earner at $16.5 million—Daniel Middleton, a British gamer who specializes in Minecraft—has been playing on-camera for six years, amassing a following of 20.7 million, who shell out for his tour and merchandise, which includes backpacks, baseball caps and hoodies.

The makeup artist, famous since the Myspace era, has reinvented himself as a beauty mogul, cofounding Jeffree Star Cosmetics, which sells an estimated $100 million–plus of eye shadow, lipstick and highlighters annually.

Hawaii-native Markiplier is on his PS4 nearly all day everyday—but he’s not bumming around. The gamer toured North America, signed seven-figures worth of brand deals and, with No. 8 Jacksepticeye, recently launched Cloak, a high-end athleisure line for gamers.

Witty Canadian gamer Evan Fong plays mainstream titles like Call of Duty and Assassins Creed . On the side he’s launching a hip-hop career, but music (so far) isn’t proving nearly as lucrative as the subtle art of being a couch potato in demand.

Foulmouthed, energetic Seán McLoughlin is the most popular YouTuber in Ireland thanks to his colorful video-game commentary. A few bad words haven’t kept him from going mainstream: He did a series for Disney and is developing exclusive content for live-streaming platform Twitch.

Scandal hasn’t stopped Felix Kjellberg, the Swedish gamer who is the most followed YouTuber (72.5 million followers). Despite a backlash last year after a rash of anti-Semitic videos, advertisers have returned, shelling out up to $450,000 for a sponsored video.

In January 2018, the 23-year-old elder Paul brother was kicked off YouTube’s Google Preferred program, which gives favorable ad rates to popular channels, after he filmed a video in Japan that showed an apparent suicide hanging from a tree. He apologized. His income from videos (pratfalls, pranks) and brand deals took a hit, but loyal fans kept his hefty merchandise business afloat.