Experts have warned of a spike in cats and dogs being abandoned after two million British millennials bought a pet during the coronavirus pandemic.

The RSPCA is ‘bracing for a spike in abandonments and call-outs as life returns to normal and as the recession hits some households.’

Animal welfare expert Dr Samantha Gaines added: ‘Life has changed dramatically during 2020 and this has led to unprecedented levels of pet acquisition as families spend more time at home.

‘It’s wonderful that animals are providing such comfort during these difficult times, but we do have concerns that some families may not have considered the long-term impact of having a pet before taking one on during lockdown.’

The PFMA said it believes this was driven by millennials feeling lonely at home during lockdown.

Experts have warned of a spike in cats and dogs being abandoned after one fifth of millennials bought a pet during the coronavirus pandemic. Pictured: Kiera Green, 23, with her dog Rosie that she bought during lockdown

However it warned that such purchases could potentially lead to a rise in abandonments if Brits felt like they couldn’t look after their new pets when returning to the office.

And the RSPCA is concerned that animals are being imported from abroad – like Love Island stars Molly-Mae and Tommy’s dog from Russia.

Nicole Paley, the PFMA’s deputy chief executive, said: ‘With millions working from home or furloughed from their jobs, many have clearly considered the numerous benefits of pet ownership.

‘Now more than ever, we know that the companionship and joy pets can bring to people’s lives shouldn’t be under-estimated.

‘But we’re also keen to highlight the long-term responsibilities of bringing a pet into your life.

‘This is an unprecedented period with unusual working conditions. 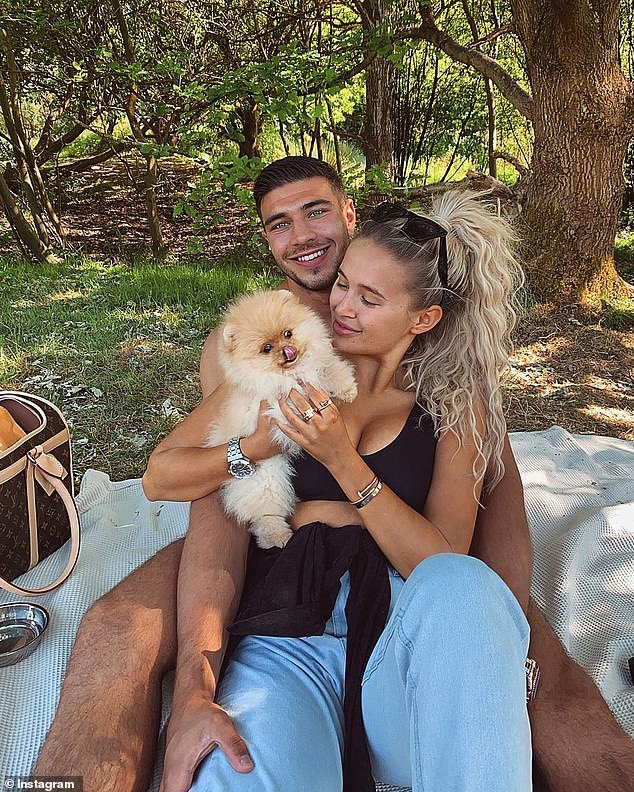 Love Island stars Molly-Mae Hague and Tommy Fury bought a pomeranian puppy from Russia. However within a month the young pooch had died

‘New owners need to seriously think about future possible obstacles, that could make life with a pet slightly more challenging, if and when the current restrictions do ease further.’

Dr Gaines added: ‘We also have concerns about where these pets may be coming from, as some charities and many reputable breeders struggle to meet this sudden surge in demand.

‘We fear that many animals are being bred in poor conditions or are being imported from overseas to feed this demand, and this brings with it many problems for the animals’ health, behaviour, and long-term welfare.’

However within a month the young pooch had died.

This sparked an investigation into the health of young pups being shipped from abroad.

‘We’d urge anyone thinking of getting a pet to do lots of research before taking one on,’ Dr Gaines added. 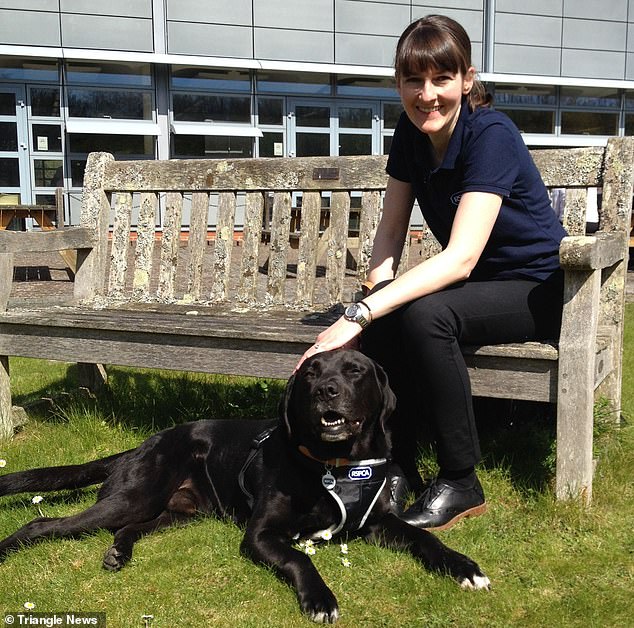 Animal welfare expert Dr Samantha Gaines (pictured with her dog Sid) said: ‘Life has changed dramatically during 2020 and this has led to unprecedented levels of pet acquisition as families spend more time at home’

‘Sourcing a pet responsibly is crucial as, unfortunately, we know that there are many people out there who are trying to cash in on the demand for pets and are selling animals who haven’t had high levels of care.

‘This is particularly relevant in the run-up to Christmas as unscrupulous breeders and sellers seek to capitalise on the festive rush.’

Kiera Green was one of the millennials who became a pet parent during lockdown.

The 23-year-old said: ‘During the pandemic I was furloughed and realised that I’d have more time and would love a new companion.

‘I did loads of research and found Rosie, a cockapoo, who is hypo-allergenic and was suitable with my mild allergies.

‘I obviously had time to help settle Rosie into life at home, but the responsibility was testing.

‘I didn’t quite realise how much time puppies do take up, with training and toilet training, teething.’ 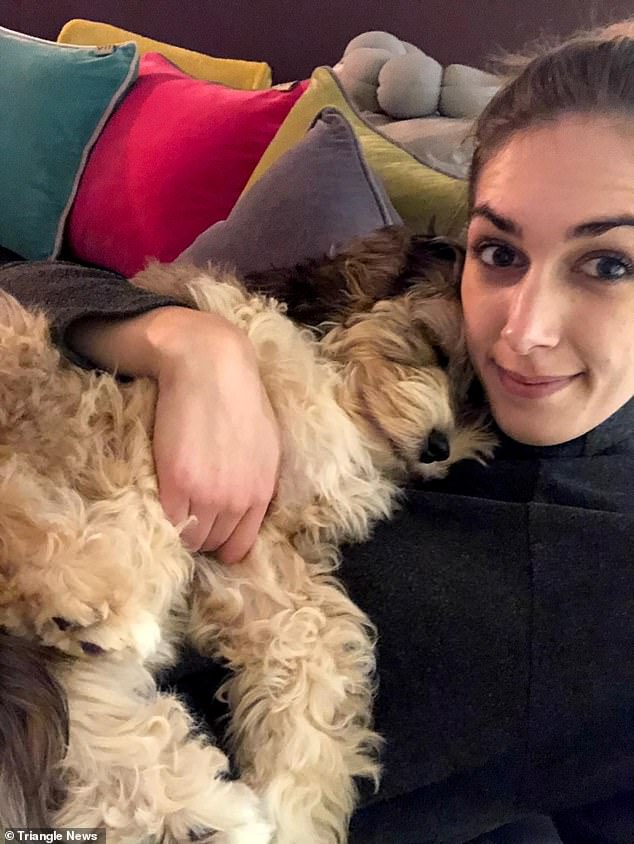 Ms Green said: ‘I did loads of research and found Rosie, a cockapoo, who is hypo-allergenic and was suitable with my mild allergies’

But Kiera, of Salisbury, Wiltshire, said despite that Rosie was a fabulous companion.

She added: ‘She has helped my mental health massively, she brings me so much joy.’

PFMA research found dogs are most popular with millennials, with 70 per cent choosing a pooch.

With all aged, they are also the most-loved animal, with a whopping 57pc taking on a hound.

In second place are cats, with 38 per cent opting for a moggie companion.

Linda Cantle, from Wood Green, The Animals Charity, added: ‘Demand for pets over the past few months has soared.

‘Enquiries increased by more than 253pc during lockdown and over 20,000 people contacted Wood Green about getting a new pet between April and June – more than half of which were for dogs.

‘This sudden surge in demand has been felt across the sector, with charities and breeders inundated with hopeful, prospective pet owners.’