“In spite of everything I still believe that people are good at heart.”

It’s hard to read these beautiful words of the young Anne Frank without the shadow of Bergen-Belsen behind them. Surely, one thinks, she would have changed her mind amid the depravities of the concentration camp in which she died. The view of human nature since World War II, supported by several well-known psychological experiments, has been one of almost unremitting negativity.

But the first two words in the title of Rutger Bregman’s new book, Human Kind: A Hopeful History, have been deliberately separated. This is not just another book about the human species; it is a book about the intrinsic goodness of human nature. In this respect it is truly shocking. We have been inured to think the worst of ourselves, from the world wars to Stanley Milgram’s electric shock experiments in 1961 and Philip Zimbardo’s Stanford prison experiment a decade later. 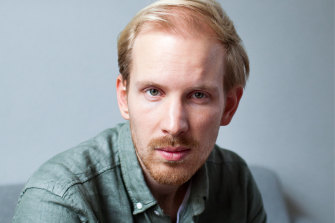 But newly published research by Bregman and others into the manipulative tactics employed by the psychologists behind these classic experiments paints a very different picture. The wardens in the prison experiment were actors, not ordinary students obsessed with power. And the participants who thought they were administering painful electric shocks were bullied into doing it against their expressed wishes.

German prisoners-of-war interviewed after WWII said repeatedly that it wasn’t Nazi ideology that drove them so relentlessly but the friendship they shared with their fellow soldiers and a desire not to let them down.

The bombing of Britain is exposed as a psychologically based military decision in which British morale was expected to collapse into anarchy. When it was found that the British instead banded together, the information was willfully disregarded by the Allies. Counter to evidence otherwise, they commenced the bombing of German cities with the same conviction that it would cause the Germans to react with panic and confusion.

It is a terrible thing to strip people of their faith in themselves and each other. Reading Human Kind makes one angry at the lies that have been kept alive for almost a century, fuelling our mistrust and fear about human behaviour.

We should be equally angry about the bombardment of negativity today. There are certainly evil people among us, but they are few. We are still born innocent and develop the consciences that allow us to live just lives.

We’ve been told that we are all made in the image of God. The saints among us have always believed in the innate goodness of everyone. Human Kind challenges us all to join them in their belief – based on the evidence.

Carol Frost is a Melbourne writer.