Next will be shutting down its online operations from tonight amid the nation’s coronavirus outbreak.

The high-street fashion chain confirmed it would be closing down its online stores after workers raised concerns at being asked to come into shops and warehouses to pick goods during the coronavirus lockdown.

A statement from the company said it had listened ‘very carefully’ to the concerns of employees and it was apparent that ‘many increasingly feel that they should be at home in the current climate.’

Bosses have faced sustained pressure from politicians and staff, who felt like they were being pressured into stores. 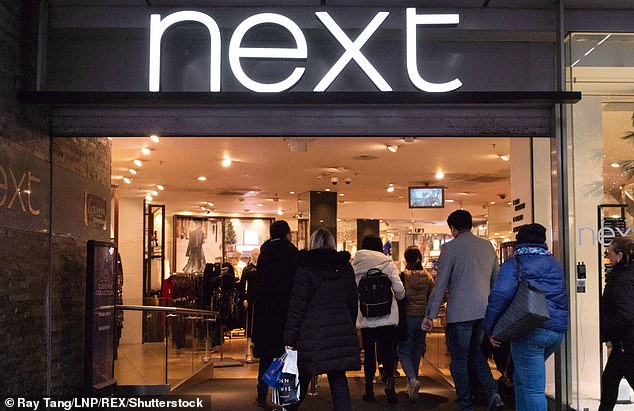 Next will be shutting down its online operations from tonight amid the nation’s coronavirus outbreak. (Stock image)

On Wednesday, it was revealed that the company had offered a 20 per cent pay rise to any worker willing to continue picking jumpers, socks and other clothes for customers.

In a statement issued shortly after Chancellor Rishi Sunak announced that details of the Government’s support package for employers, Next said it ‘has listened very carefully’.

The company added: ‘It is clear that many increasingly feel they should be at home in the current climate.

‘Next has therefore taken the difficult decision to temporarily close its Online, Warehousing and Distribution Operations from this evening, Thursday 26 March 2020.

‘Next will not be taking any more Online orders after this time until further notice.’

There has been unease in the sector over the Government’s position with retailers continuing to trade online – with some reports of workers being forced into warehouses or risk losing their jobs.

Some companies, including McDonald’s and Greggs, have closed all operations, despite being able to continue offering takeaways under current lockdown rules.

And in retail, others have closed down online operations to protect staff from travelling and maintaining social distance.

But some fashion retailers continue to run online operations, including Boohoo and Asos, despite the Government calling on all non-essential workers to stay home.

Next has struggled during the outbreak, at first insisting in official communications that it would be considering the company ‘essential’ in the event of a lockdown.

This was changed and stores were closed, but some staff were still being asked to come to sites and pick for online orders. 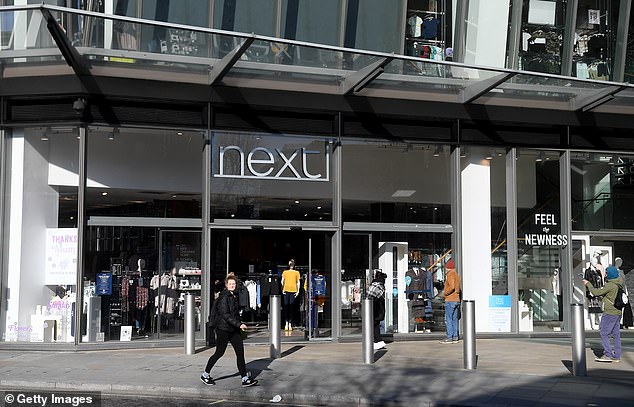 The fashion store confirmed that workers had raised concerns at being asked to come into shops and warehouses to pick goods during the COVID-19 crisis. (Stock image)

But with pressure from MPs and reports of workers in warehouses not adhering to social distancing, Next made its latest decision on Thursday evening.

On Monday, the clothes store told customers it would be closing every one of its 700 UK stores from 6pm that day due to the coronavirus outbreak.

The high street fashion retailer announced that it will temporarily shut up shop until further notice.

A spokesperson said on Twitter: ‘We have made the decision to close our stores from today, Monday 23rd March at 6pm, until further notice.

‘We’d like to take the opportunity to thank all of our staff who continue to be incredibly supportive of Next and we would also like to let customers know that we do appreciate their loyal support.’

The latest closure comes as an anonymous Amazon worker described his fears over continuing to ship items to customers, who now remain in lockdown inside their homes, as the virus continues to claim more lives in the UK.

The employee said that while the company has assured customers it would continue to deliver ‘essential items’ amid the crisis, workers were still selling non-essential items, such as garden equipment, and putting staff like him at risk of catching the virus. 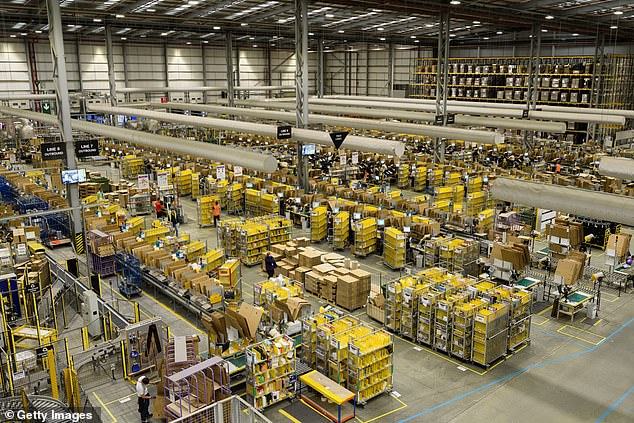 Today an Amazon employee described their fears over continuing to ship items to customers as the virus continues to claim more lives in the UK. (Stock image)

He told Mirror Money: ‘You can be placed on either the role of a ‘Slammer’ or ‘Taper’ which results in you being at the end of a conveyor belt. Each belt has up to eight ‘packers’ sending boxes down.

‘By this point, these items have already come into contact with various workers, greatly increasing their risk of contamination.

‘There has already been a large number of people sick, yet management refuses to close it down. The company has become a living hell to work for.’

An Amazon spokesman told MailOnline that they have now implemented a two metre social distancing programme instead of their previous one metre guideline and will be adding an additional £2 per hour pay for staff until the end of April.

The rising frustrations over worker conditions comes as the UK’s coronavirus death toll yet again jumped to 477 after more fatalities were confirmed across Wales, Scotland and Northern Ireland.