White House chefs normally would serve much fancier fare underneath the stern gaze of the portrait of Abraham Lincoln in the State Dining Room. But they are furloughed, at home without paychecks as Trump fights with Congress over funding the federal government.

The White House said Trump himself paid for what he pronounced to be "great American food" for the visiting Clemson Tigers, winners of the US college football championship. 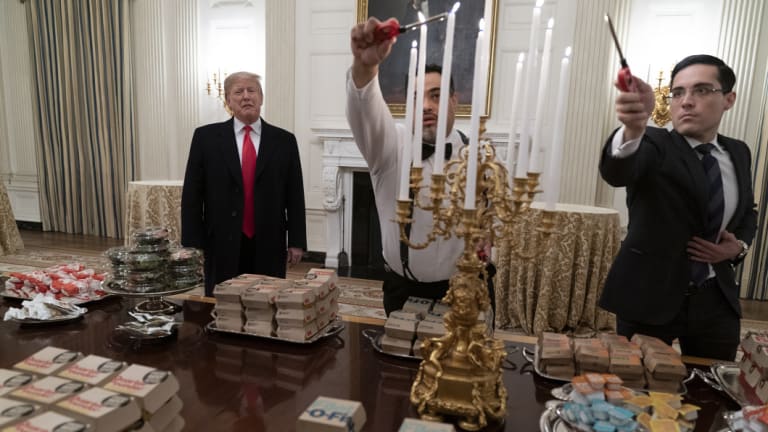 "We have pizzas, we have 300 hamburgers, many, many french fries, all of our favorite foods," Trump told reporters, as one White House worker still on the job lit tapered candles.

"I want to see what’s here when we leave, because I don’t think it’s going to be much," Trump said, before the players, dressed in dapper suits, flooded the room and piled their plates high.

About a quarter of the federal government has been shut down for the past 24 days after Trump dug in on a campaign pledge to build a wall on the southern border with Mexico, demanding $5.7 billion from Congress for the project. Democrats have rejected his demand.

Trump told the players afterward that he did not want to postpone the event until after the shutdown – which is already the longest in history – ended.

Earlier, Trump had said the menu could include McDonalds, Wendy's, Burger King as well as pizza, saying, "I would think that's their favorite food".

The visit by the Clemson Tigers football team will be its second since Trump became President. The Tigers last visited in June 2017 after their championship run the previous season. This season, Clemson beat Alabama 44-16 on Monday night, Washington time, in the title game. 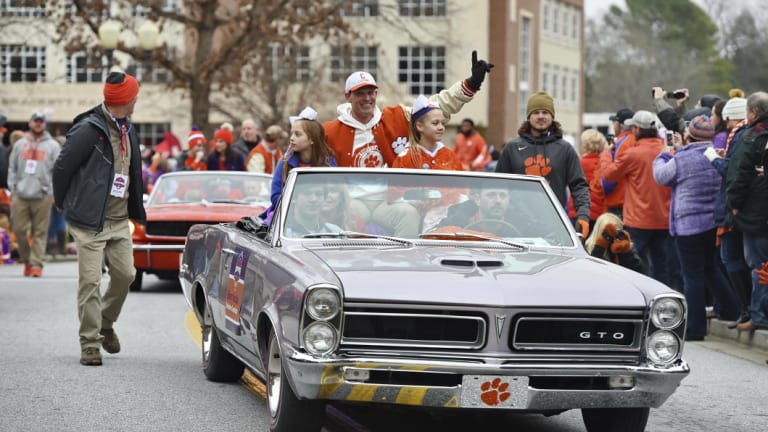 Clemson coach Dabo Swinney has nominated this season's undefeated Tigers as the best college team ever. Trump calls them a "great team, an unbelievable team".

Trump has routinely sparred with professional athletes during his two years in office. College football has managed to avoid such political controversies with last year's champion Alabama also visiting the White House.