Falwell had been on a leave of absence as leader of the Christian school.

Will he resign or won't he? That's the back-and-forth scenario being publicly played out by Jerry Falwell Jr. and Liberty University following a series of personal scandals that have rocked the conservative Christian college in Virginia and clouded Falwell's chances of returning as its president.

On Monday, Falwell Jr. told Fox News he would resign as president. Then, his camp came out Monday night and said he wasn't going anywhere without a fight. Fast-forward a few hours and Falwell Jr. told the Wall Street Journal he had decided to resign because he wants "what's best for the university, and I don't want to harm the future of the university."

Falwell Jr.'s cellphone was turned off Tuesday morning and his phone's mailbox was full.

"I call upon the University community and supporters to be in prayer for the University and for all its leadership, past, present and future, as we walk with the Lord through this stormy time of transition," Liberty's acting president, Jerry Prevo, said in a statement. 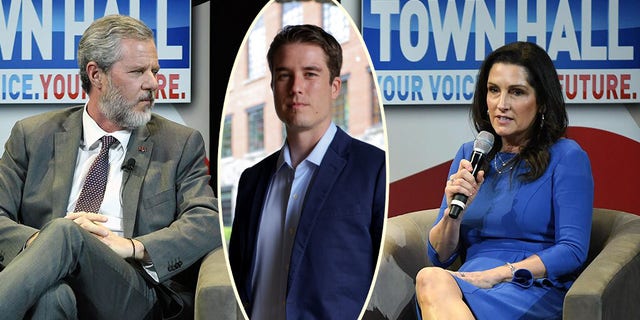 Jerry Falwell Jr., left, is embroiled in the controversy along with his wife, Becki, and Giancarlo Granda.
(REUTERS, File)

David M. Corry, the university's general counsel, confirmed that in an 11th-hour move Falwell's team of attorneys pulled his letter for immediate resignation.

The murky back and forth has added to an already muddled set of circumstances that have come to define Falwell Jr. as of late.

Falwell Jr., who took over the post from his late father in 2007, has been on thin ice following allegations he broke the evangelical university's code of conduct after posting a picture on social media of him with his pants unbuttoned, a cup of dark liquid in one hand and his other arm draped around a young woman. The woman, who is Falwell Jr.'s wife's assistant, also had her pants open.

Following the incident, the board put him on an indefinite leave of absence.

“The board put me on leave, took away my duties as prez [sic], and that’s not permitted by my contract,” he told the Wall Street Journal on Monday night. “And they put me on leave because of pressure from self-righteous people.”

Falwell Jr. said he was still due his full compensation. 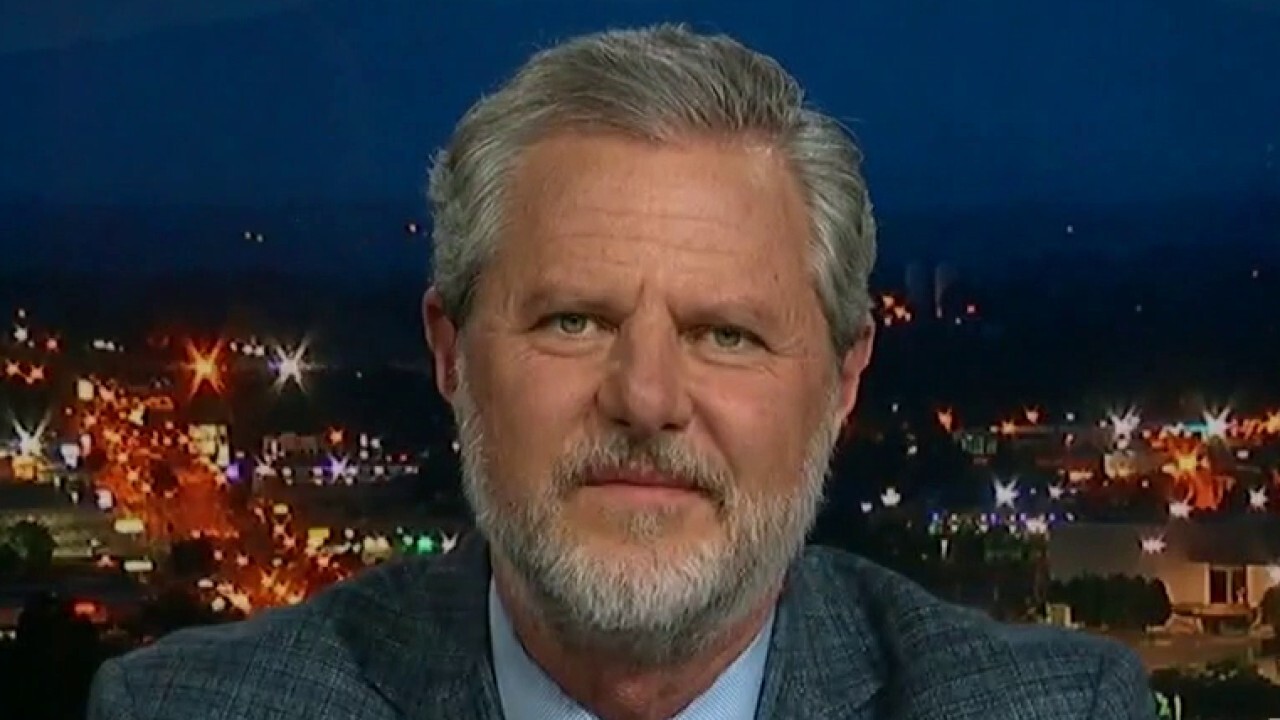 Social media posts aside, opposition to his presidency came to a dramatic head Monday after a Miami man claimed he had been in a sexual affair with Falwell Jr. and his wife, Becki, for years.

Falwell Jr. said he and his wife befriended the man and allegedly went into business with him but that the relationship had soured after the man, identified as Giancarlo Granda, became obsessive and that the situation turned into a "fatal attraction."

Falwell Jr. claimed Granda had threatened to expose the affair his wife had eight years ago and that the threat triggered an emotional roller coaster for his family ahead of his suspension from his collegiate post earlier this month.

On Friday, the Virginia-based private university said it was investigating "rumors and claims" about Falwell Jr.

The 58-year-old father's fall from grace has sent shockwaves through the school.

Late last week, Falwell Jr. released a lengthy statement about the infidelity of his wife and the situation that ensued, telling the Washington Examiner: "I'm just tired of it. It's got to end."

In the statement, Falwell Jr. claimed he forgave his wife but said over time the Miami pool attendant she allegedly had an affair with "became increasingly angry and aggressive" and "began threatening to publicly reveal his secret relationship with Becki and to deliberately embarrass my wife, family and Liberty University unless we agreed to pay him substantial monies."

Falwell Jr. added: "We were doing our best to respectfully unravel this 'fatal attraction' type of situation to protect our family and the University."

During his personal time with his family, Falwell Jr. claims they were all "suffering in silence" while "simultaneously trying to manage and deal with this increasingly threatening behavior, which only worsened over time."

"It was like living on a roller coaster," he said.

Falwell Jr. said his family tried to remain friendly with Granda but that threatening texts and demands for large amounts of money forced them to cut off the relationship.

"While we tried to distance ourselves from him over time, he unfortunately became increasingly angry and aggressive," Falwell Jr. said.

He told Reuters that he was just 20 when he met the Falwells while working as a pool attendant at the Fontainebleau Miami Beach hotel in March 2012.  He also claimed he had a sexual relationship that involved him having sex with Becki Falwell while her husband looked on.

"Becki and I developed an intimate relationship and Jerry enjoyed watching from the corner of the room,” Granda said in an interview. Now 29 years old, he described the meetups as frequent — “multiple times per year” — and said they took place at hotels in Miami and New York and at the Falwells’ home in Virginia.

Granda showed Reuters multiple emails, text messages and other evidence that he says prove the sexual nature of his relationship with the couple, who have been married since 1987.

His friendship with the Falwells took a turn, in part, because he wanted to dissolve his ties with the couple and fell into a business dispute with them over a Florida youth hostel.

Falwell Jr.'s late father founded the Lynchburg, Va., school with hopes of turning it into the evangelical equivalent of the University of Notre Dame in Indiana.

Falwell Jr., who did not follow his father's footsteps into the ministry, took over Liberty in 2007. During that time, Falwell Jr. worked to shore up Liberty's finances, overhaul its campus with more than $1 billion in construction projects, grow its endowment and increase its online enrollment.

Liberty's net assets topped $2.3 billion, according to its most recently available tax filings, up from less than $220,000 in 2008, the Associated Press reported.