A man was left nursing a sore bruise after attempting to kiss a large freshwater turtle while out fishing.

Mike Ganley, 28, from Massachusetts, U.S, had been out catching fish with his electrician friend Matt, 28, in Burlington when he spotted four turtles in the water and decided to pull one in.

However just moments later the 22lb (10kg) creature clamped its jaw around the construction project manager’s lip and left him screaming in agony after he tried to move in for a kiss. 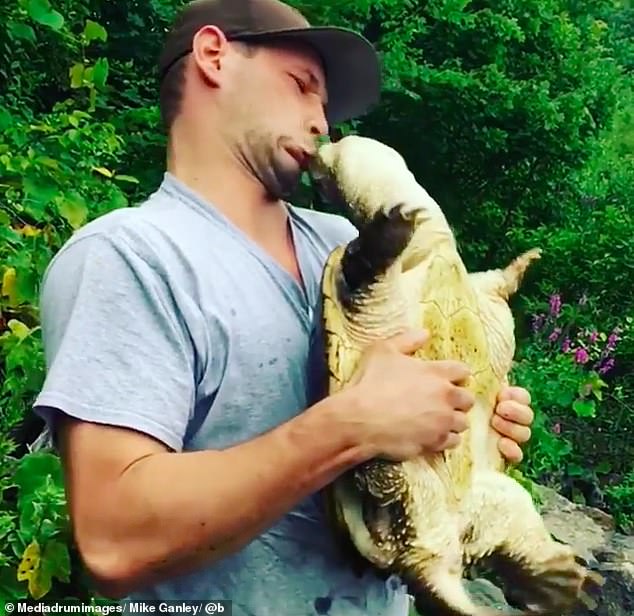 Mike Ganley, 28, from Massachusetts, U.S, is bitten by the large freshwater turtle after trying to kiss it 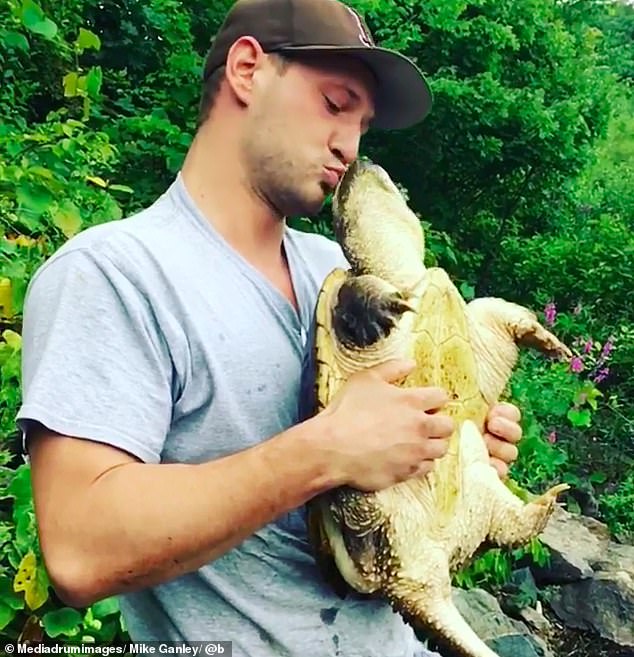 The construction project manager, who had been fishing with his friend Matt, 28, in Burlington strokes the reptile’s stomach before leaning in for a kiss

During the comical clip, was filmed on an iPhone, Mr Ganley strokes the turtle’s stomach before leaning in for a kiss.

Just seconds later, the reptile extends its neck forward and clamps its jaw around his lip leaving him shouting in agony.

Following the incident Mr Ganley said: ‘I was expecting blood to gush out but fortunately it wasn’t that bad,’ said Mike.

‘We were fishing but there was no fish because these four snapping turtles were eating them all.

‘So we were just hanging out and having a couple beers. Matt came up and was like ”look at the size of all these turtles, do you think we could catch one”. So we put bait on the line, he grabbed the line and pulled it in.

‘He started playing with it like a puppy. But then he got bit on his lip, which instantly swelled up and I thought there was going to be a massive cut or that it would be torn open.’ 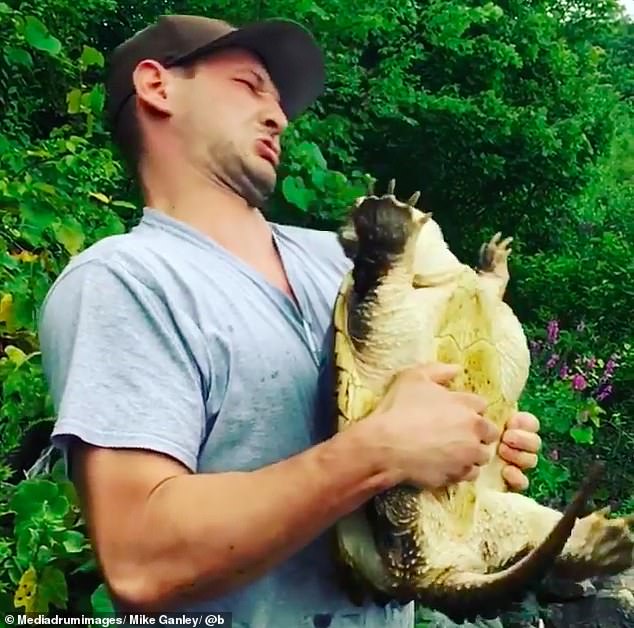 After being bitten by the freshwater turtle, Mr Ganley swiftly moves his face away and realises it was a bad idea 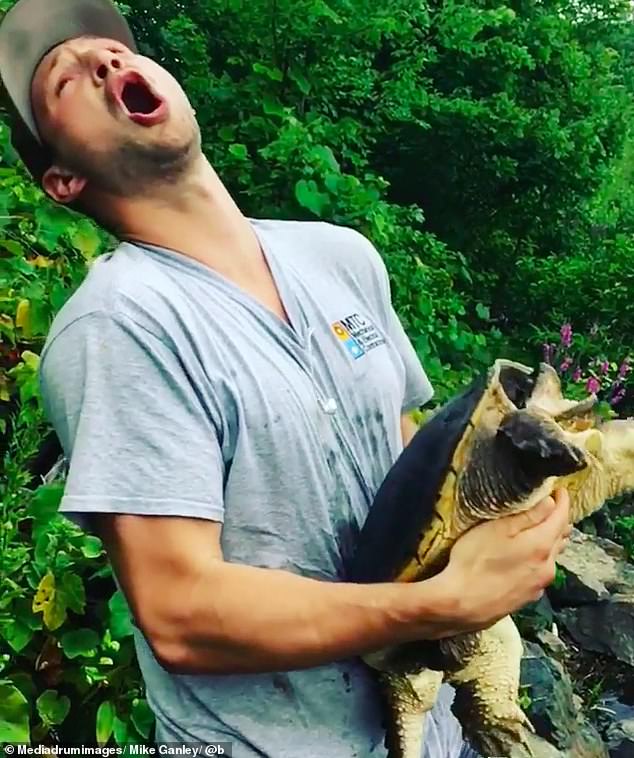 The 28-year-old, who did not require any stitches, shouts out in pain and moves the turtle away from his face

Mr Ganley, whose video has amassed 183,000 views on Instagram, has since made a swift recovery without requiring any stitches.

He added:’No stitches were required and it just looked like a bad paper cut and healed a few days later,’ added Mike.

‘We didn’t even take him to the emergency room, he just went home.’