A 19th century mansion, built by opium dealers, that used to be home to a £5 million cannabis farm is up for sale at a cut-rate price.

Flass House is a Grade II-listed property that was valued at £1.4 million in 2014, however its current value is listed with Right Move Estate Agents as just £460,000.

The £1 million drop in value is due to the Cumbrian property falling into a decrepit state after squatters took over the abandoned estate.

It was previously featured on website The Urban Explorer. 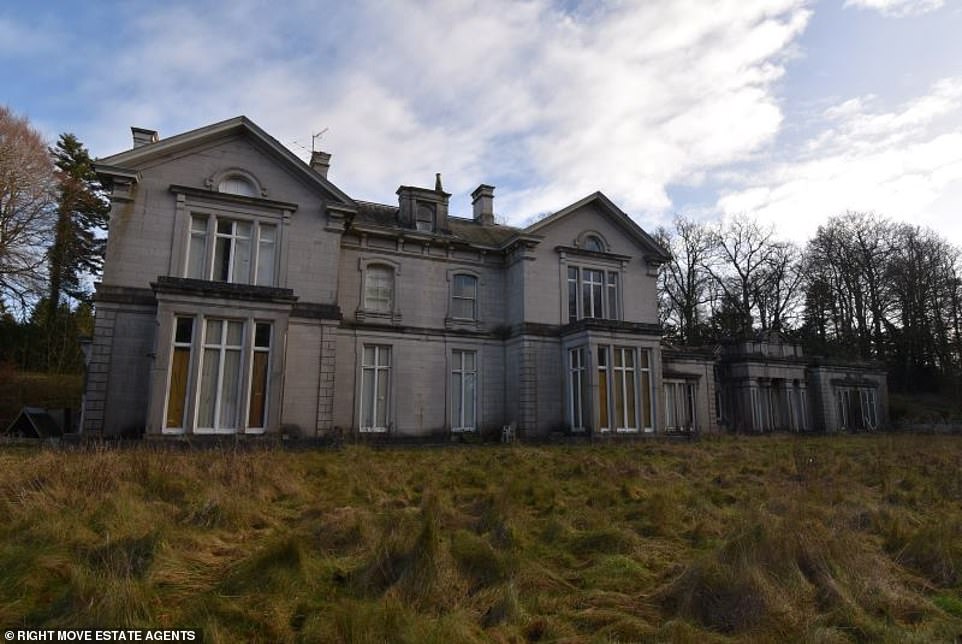 A 19th century mansion, built by an opium dealer, that used to be home to a £5 million cannabis farm is up for sale at a cut-rate price 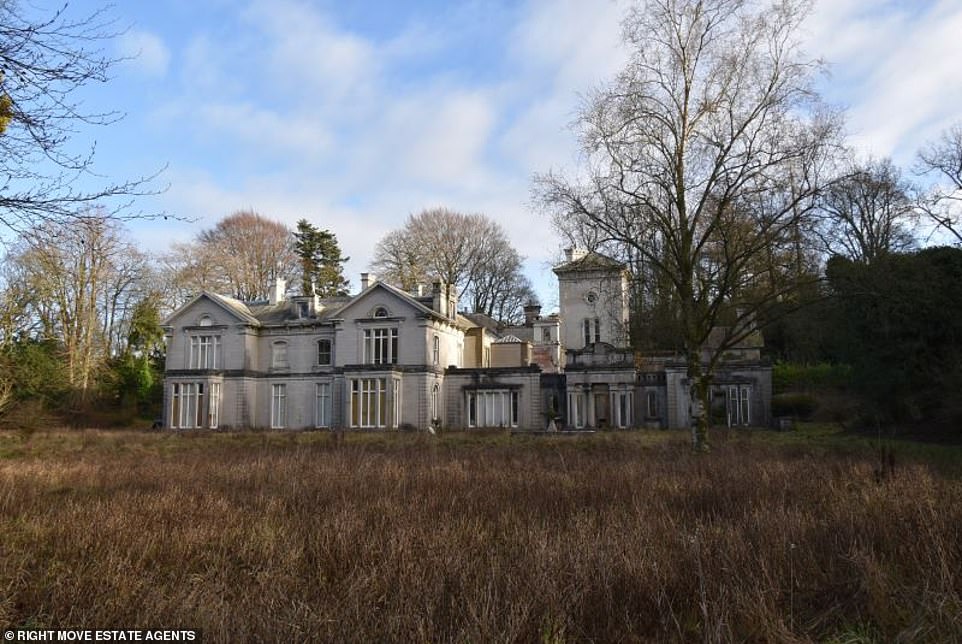 Flass House’s condition in 2019 (pictured), after it was left to decrepitude and was used by squatters. It is now on the market for £460,000 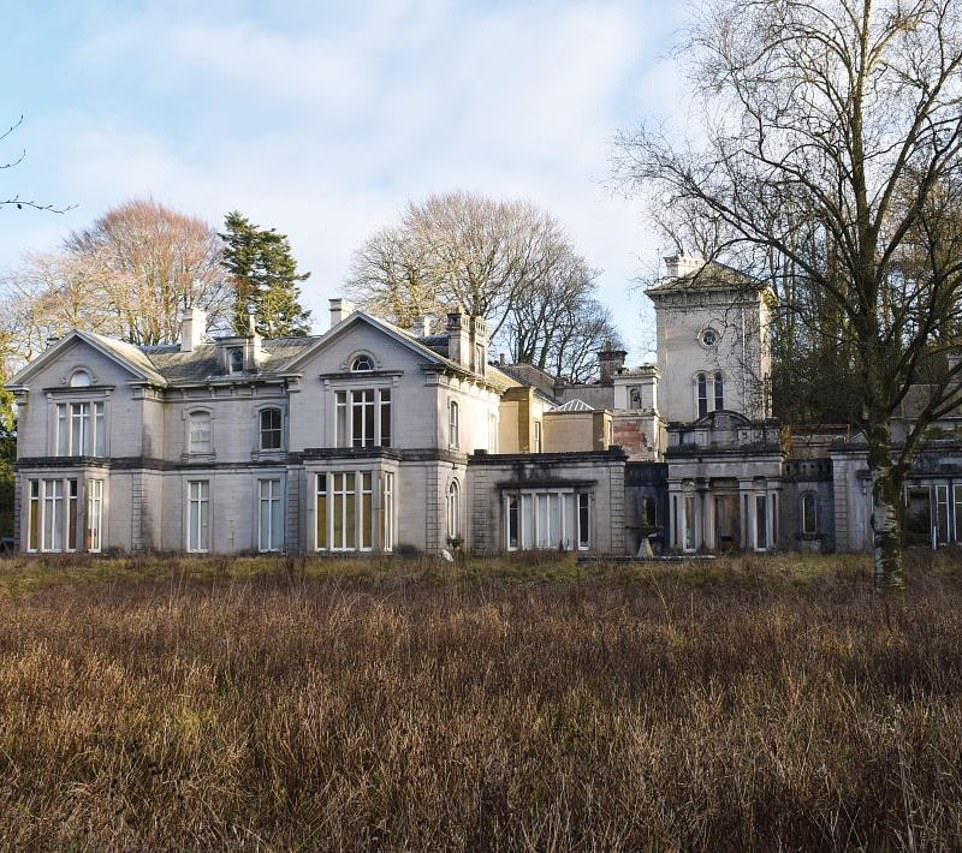 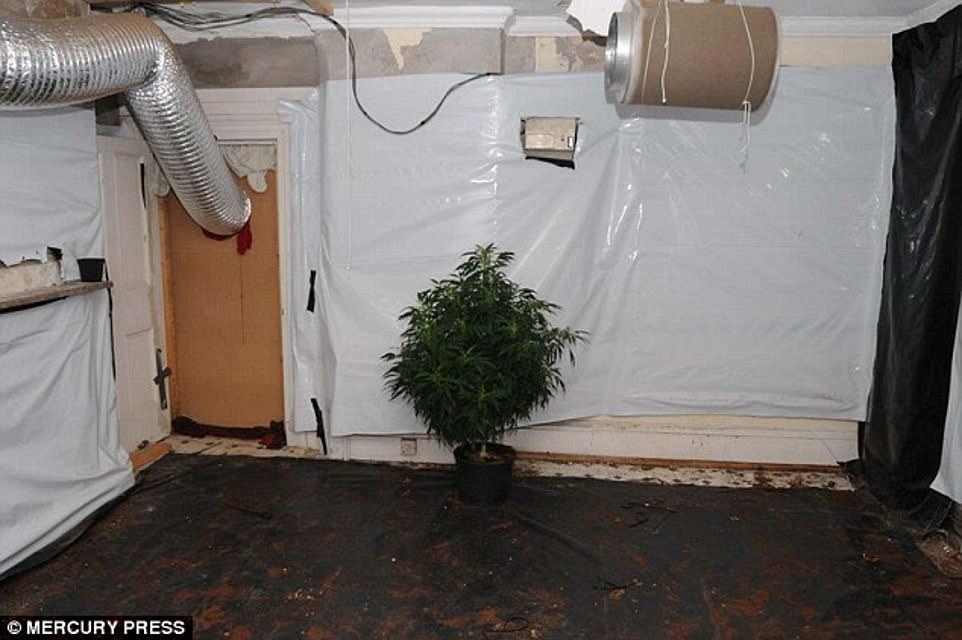 The property was rented out to a London gang. They were arrested in 2012 for cultivating almost 300 kilograms of cannabis

Owner Christine Holmes previously told the Cumberland and West Morland Herald in 2017 that the mansion had turned into a ‘war zone’.

Mrs Holmes is a former songwriter for singer Cliff Richard.

‘I was absolutely horrified when I saw it online – I couldn’t believe how anyone could come into my home and believe it was an abandoned building,’ she said.

‘I think it’s becoming a game to them.

‘They are breaking in every day.’

In 2012, Flass House former owner Paul Davies, Mrs Holmes’ ex-husband, was arrested after it was discovered the mansion was used to grow commercial amounts of cannabis.

Davies rented out the property to a London gang, who went on to cultivate almost 300 kilograms of marijuana in the mansion.

The Police raid on the property was the UK’s biggest ever cannabis raid at the time.

In 2015, Davies was jailed for three years and eight months at Carlisle Crown Court after admitting conspiracy to supply drugs between May,1 2011 and May 31, 2012.

Mark Gallagher, 49, of Wolverhampton, and Philip Branigan, 32, of Banstead, Surrey, were jailed for seven years and Charles Neophytou, 47, of Banstead was jailed for five years and six months. 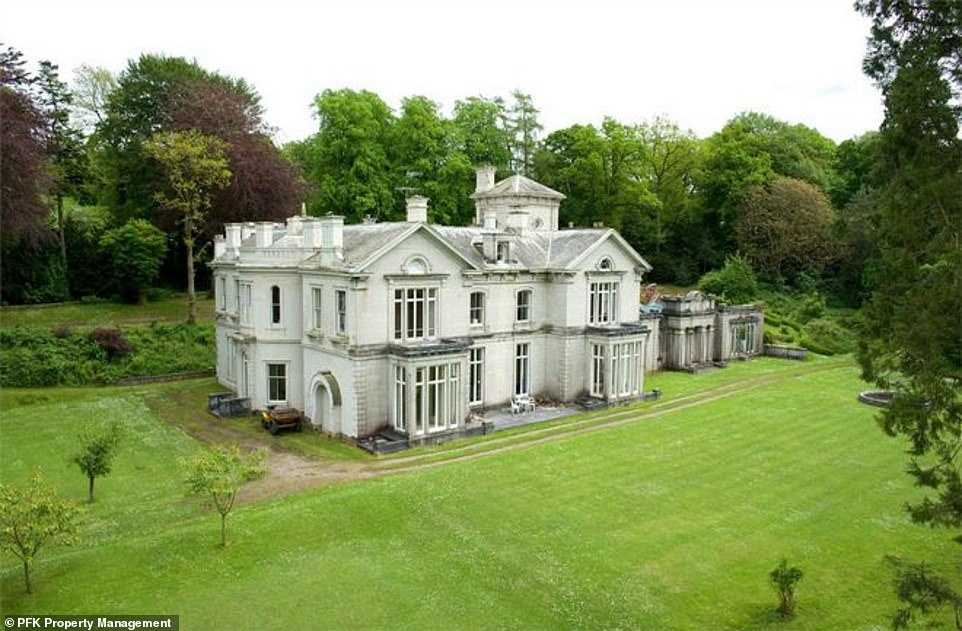 Included among the original features of the 52-room estate was marble fireplaces, ivory door handles and friezes with pearls 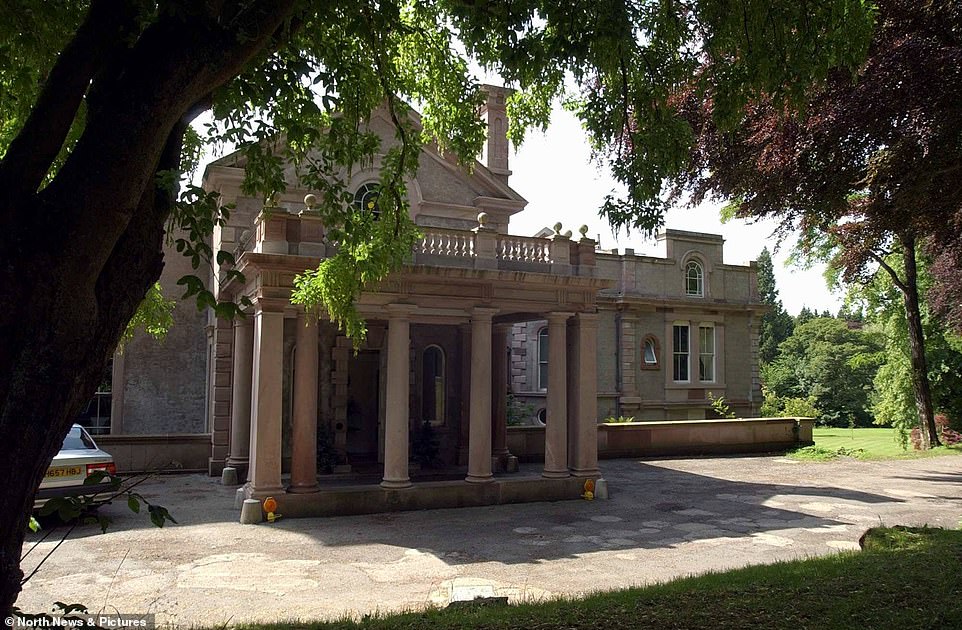 The estate was bought by songwriter Christine Holmes in 2000, however it was awarded to her husband in a divorce settlement 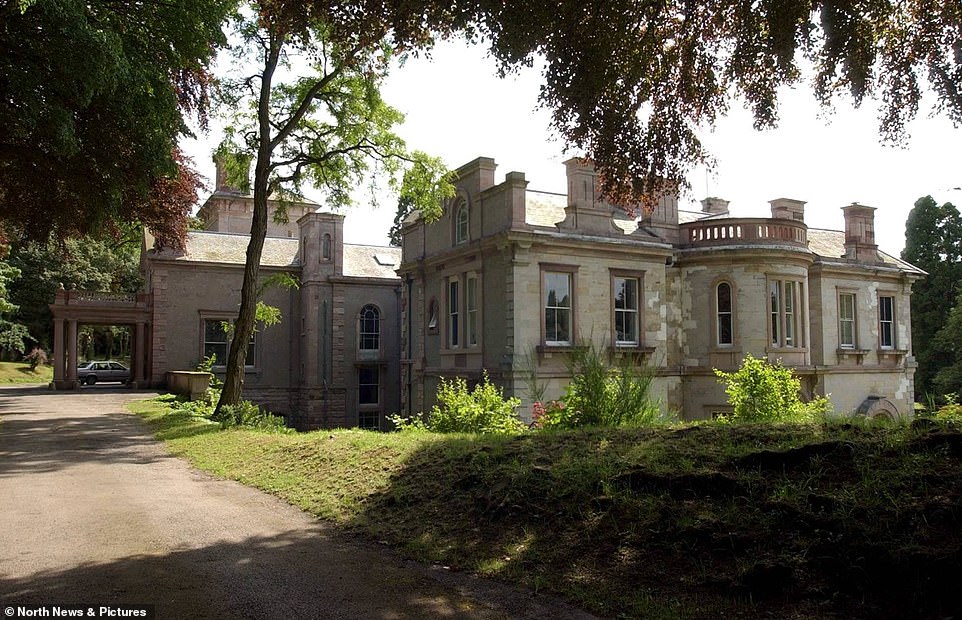 In 1973, a a treasure trove of Mughal Empire artefacts were found in the property’s attic, which were sold for £220,000 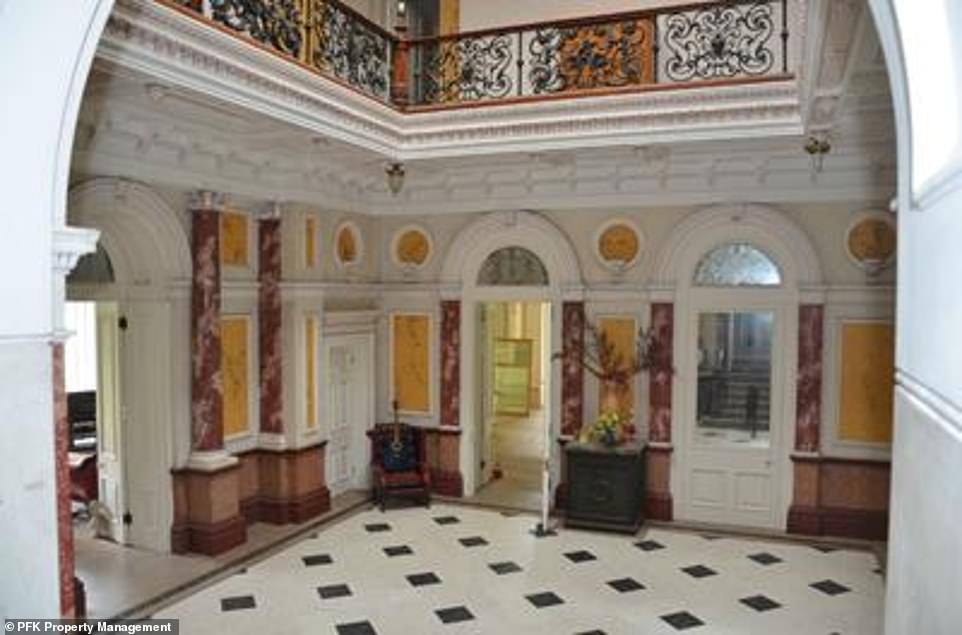 The interior of Flass House prior to it falling into the hands of squatters. The tiles are now ashy and pock-marked 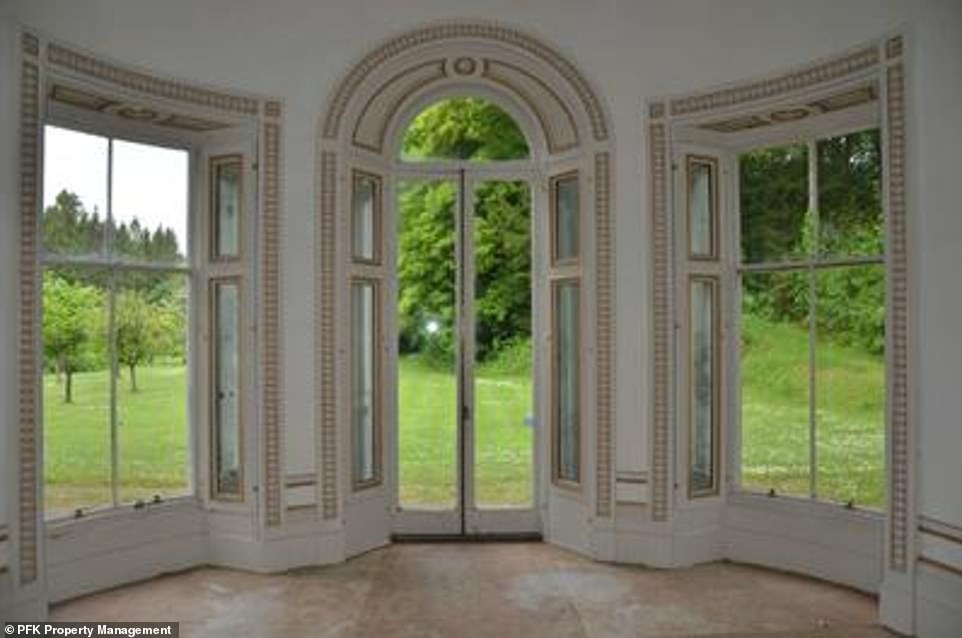 Flass House used to feature perfectly mowed lawns and shining white tiles (pictured). It was built in 1853 for opium magnates 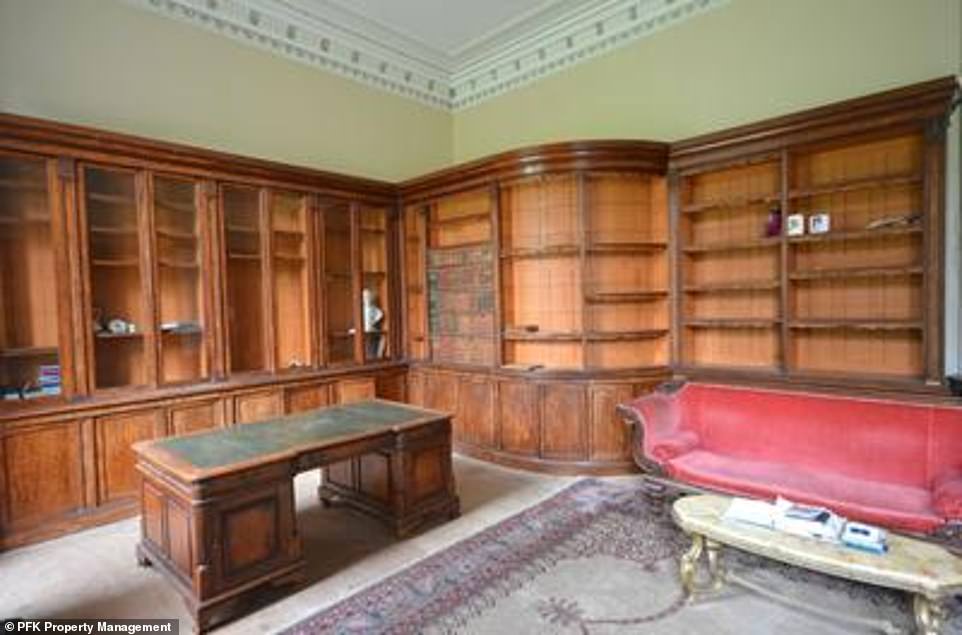 In 2014, the estate’s library was adorned with a royal red couch and a wooden desk. The condition now may not be so grand 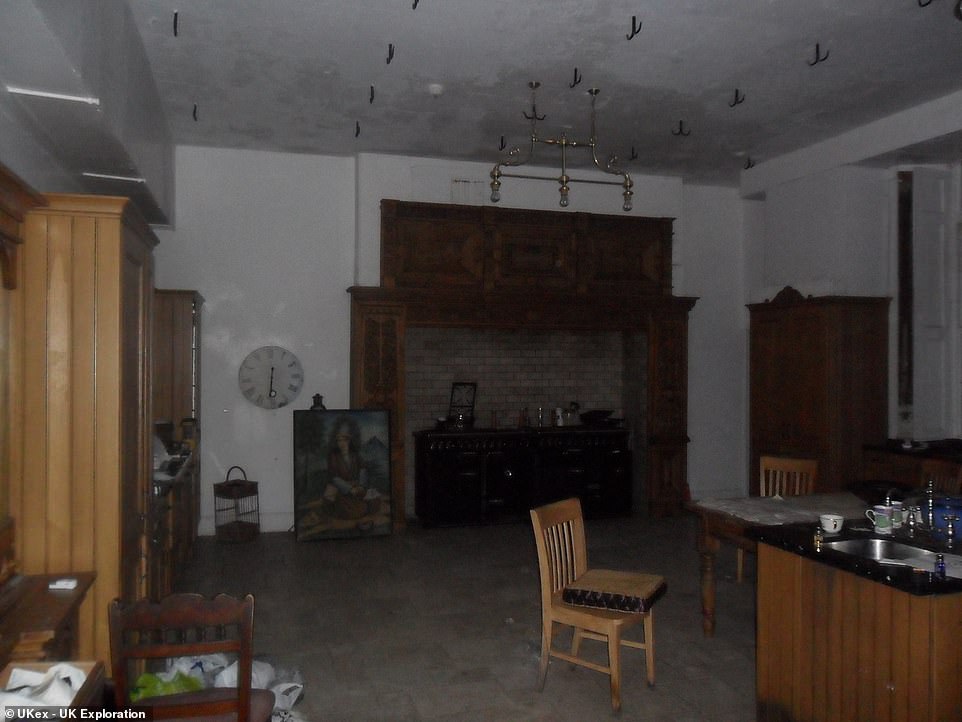 The 52-room, 20-bedroom mansion was listed on UK Exploration and welcomed hordes of squatters over the past two years 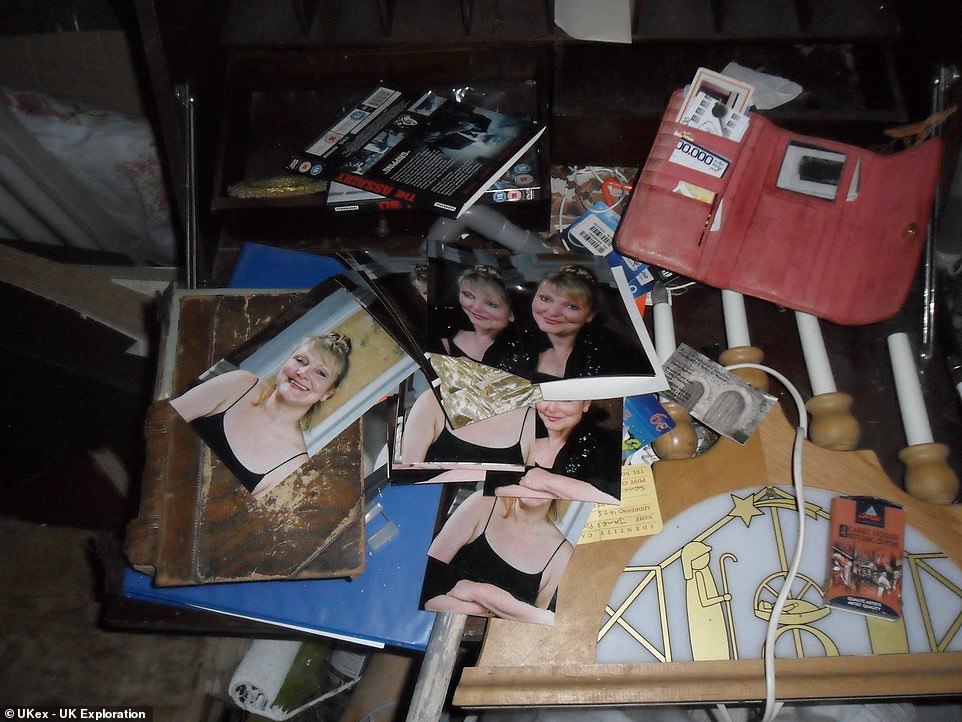 Along with the mansion, the new owners will also get a large range of items left in the house, such as miscellaneous head shots 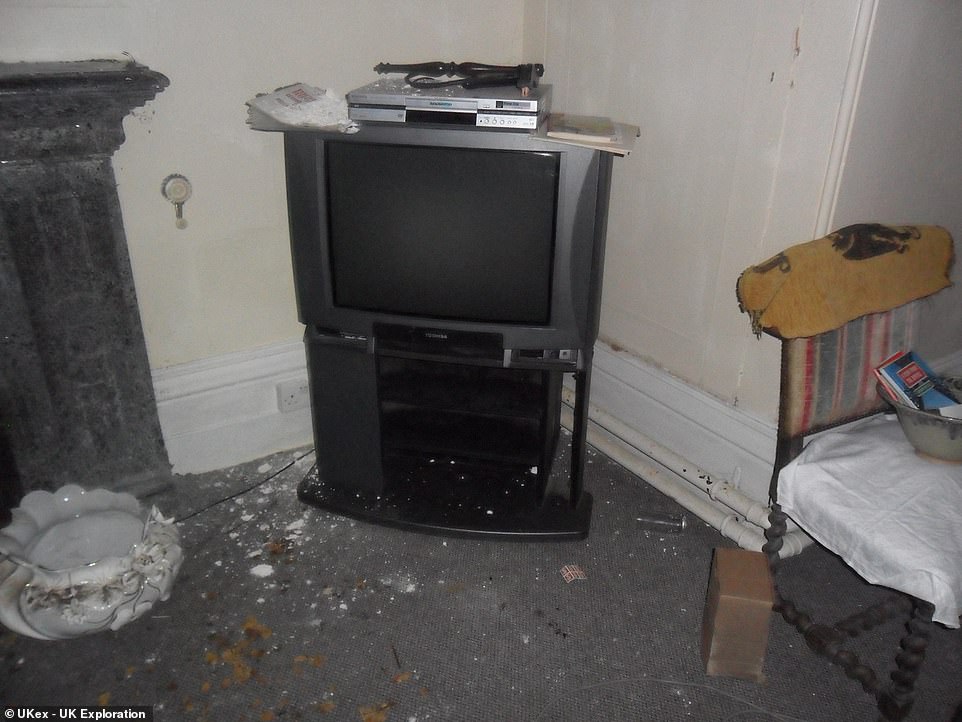 Despite its decrepit condition, Flass House is still a Grade II-listed property. It even has its own DVD player and CRT television

Flass House was built in 1851 in the small village of Maulds Meaburn for tea and opium magnates Lancelot and Wilkinson Dent.

It was constructed in the Palladian style, incorporating elements of a previous house that dated to the 1700s.

Included among the many features of the 52-room estate was marble fireplaces, ivory door handles and friezes with pearls.

The estate remained within the Dent family until 1973, when it was sold for £17,000 to historian Frank Walsh.

Prior to selling the property, then-owner Sir Robert Dent found a treasure trove of Mughal Empire artefacts in the property’s attic, which he sold for £220,000. 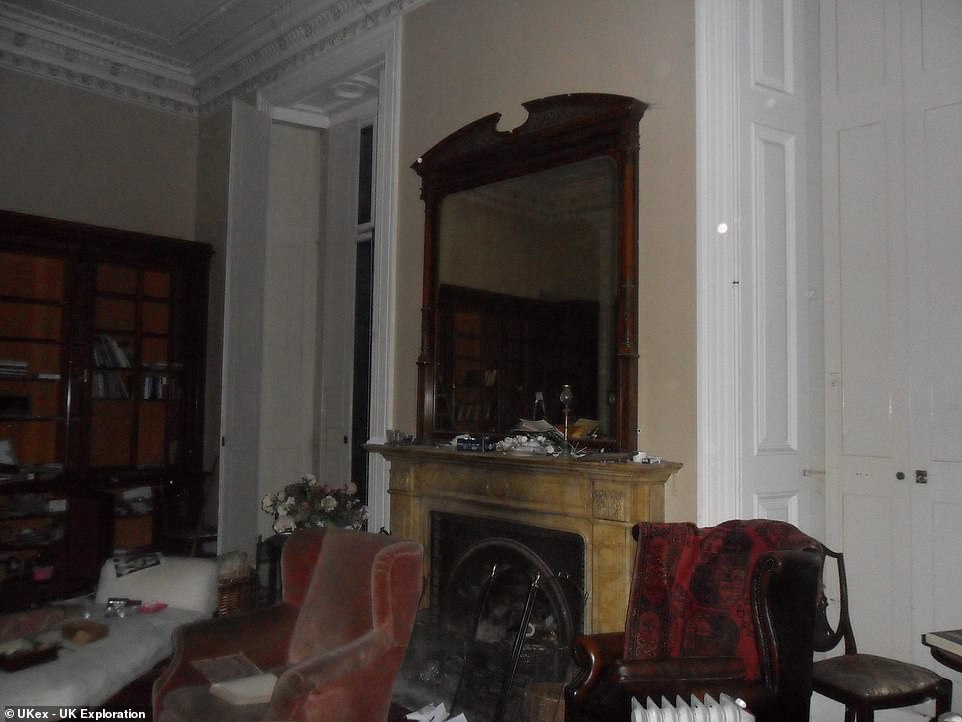 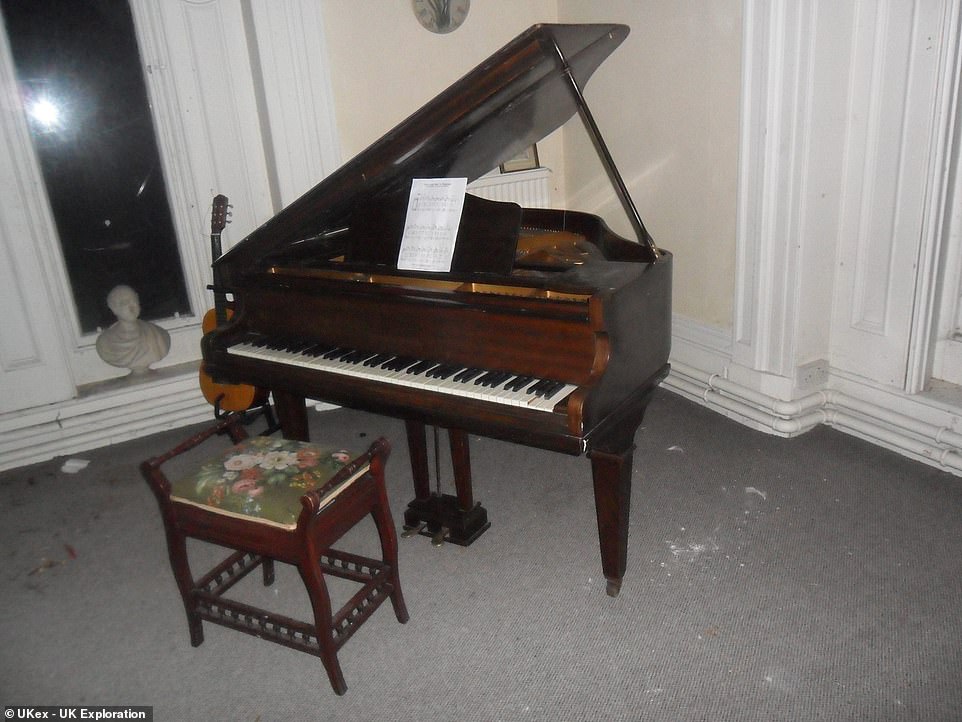 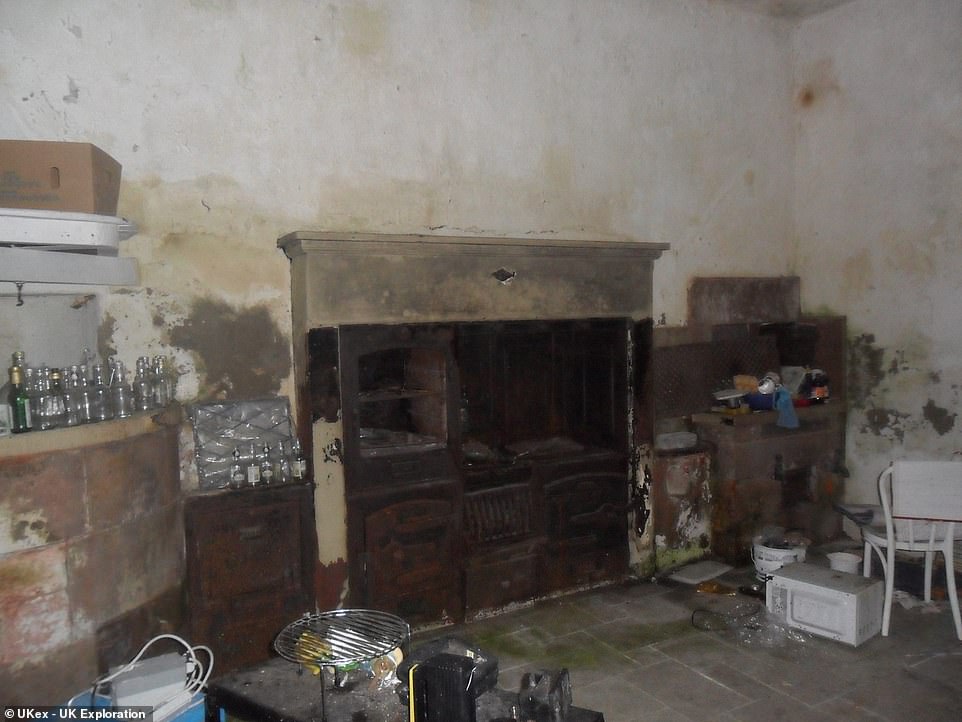 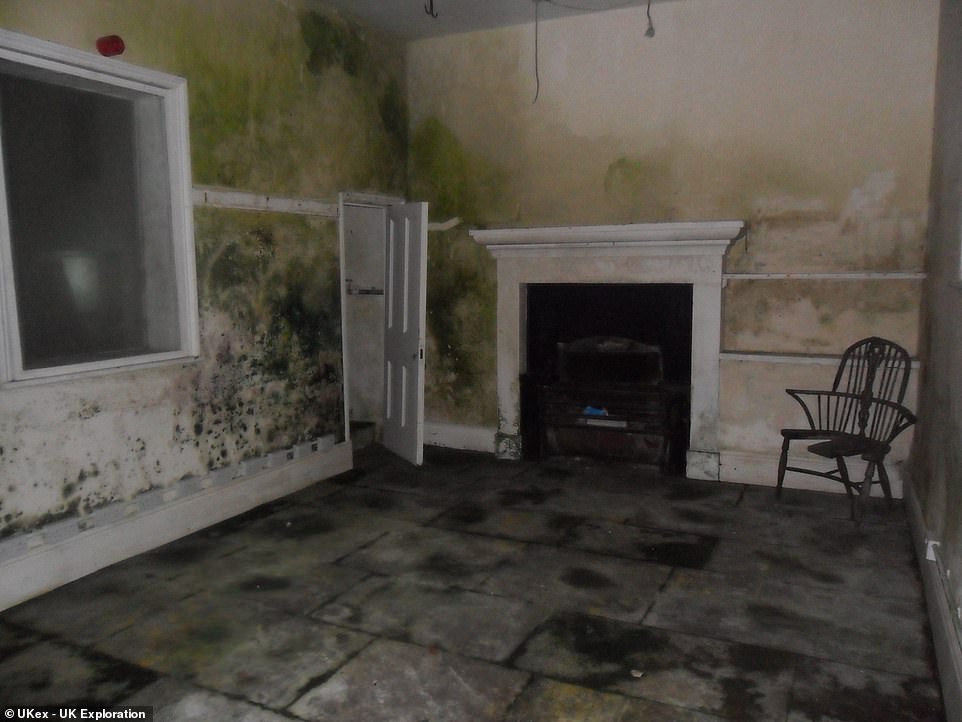 An abundance of mould, dirt and grime engulfs Flass House, making this property a serious fixer for the estate’s future owner 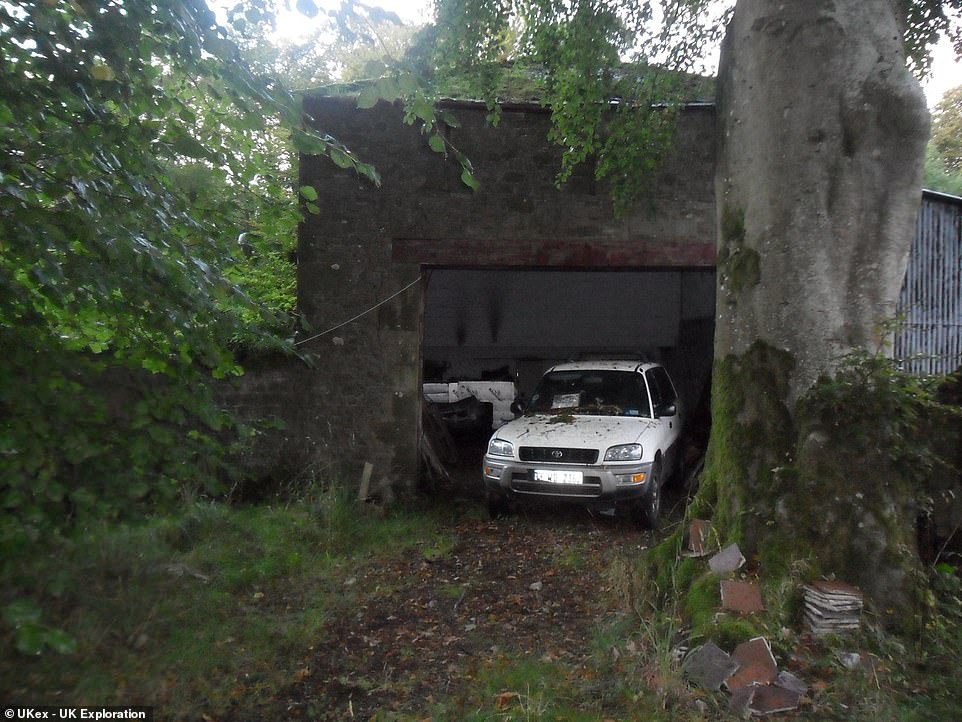