A former chemical company director facing a potential life sentence for allegedly importing chemicals used to manufacture the drug ice will be released on bail after Corrections NSW refused to provide him with a laptop that would enable him to adequately prepare for his trial.

Michael Snounou, the former director of Cyndan Chemicals, has been on remand since February 21, 2018, when he was arrested and charged with 32 offences, including possessing the methylampheamine precursor chemicals iodine and hypophosphrous acid, and importing a commercial quantity of gamma-butyrolactone (GBL). 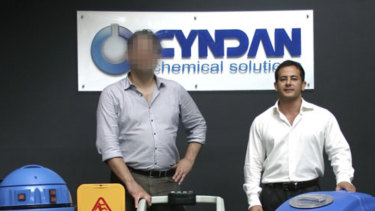 Michael Snounou is facing a maximum penalty of life in prison if found guilty of importing a commercial quantity of GBL.

The latter charge carries a maximum penalty of life in prison, and Mr Snounou has previously had bail refused twice. He is due to stand trial in February next year.

In a fresh bail application in the NSW Supreme Court last week, Mr Snounou's lawyer Grant Brady said the failure of Corrective Services NSW to deliver his client a laptop on which he could prepare for trial, and his reduced risk of flight, were the two "fundamental" reasons why he should be granted bail.

Mr Brady argued that when his client was refused bail in the Court of Criminal Appeal in 2019, the judges who made the decision had indicated he should be given access to a laptop on which he could view the extensive brief of evidence against him. 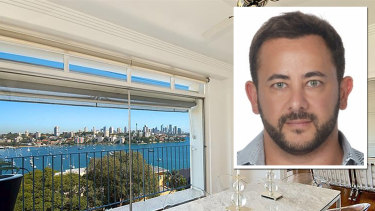 Michael Snounou and the view from his Point Piper home.Credit:SMH

The NSW Police officer in charge of the investigation, Detective Sergeant Darren Scott, had told the instructing solicitor in the previous bail application that he would "make enquiries as to whether [a laptop] could be provided to him", the court heard last week.

However, the laptop was never made available. Crown prosecutor Catherine Newman conceded that it was "unfortunate" that Corrective Services have "given a blanket 'no' in relation to this applicant".

Mr Brady said his client's situation had "worsened" since his bail was last refused, as not only had he not received a laptop, but he was having problems accessing any computer at all – with 15 lever arch folders' worth of papers to go through, and then Corrective Services had lost two tubs worth of his papers.

He said Mr Snounou had "refused to leave at least until he had a written acknowledgment they had lost two tubs of his legal material", for which officers "handcuffed him and put him in a holding cell".

In addition to viewing the brief of evidence against him, Mr Brady said his client needed to be able to access more than six years' worth of company records to properly prepare his defence.

"That would be tens of thousands if not hundreds of thousands of emails, numerous spreadsheets, orders, sale lists… and the one person who is going to be able to do that properly, in my submission, is the accused.

"What will occur in my submission if he can't get access to that material, defence is going to be significantly hamstrung and, in my submission … it will be an unfair trial," Mr Brady said.

Mr Snounou's family had since relocated from Lebanon to Sydney, Mr Brady told the court, which along with the border closures as a result of the COVID-19 pandemic, means his risk of flight "does not rise to an unacceptable level".

On Thursday, Justice Stephen Campbell SC granted Mr Snounou bail under a number of strict conditions. His reasons for doing so are subject to a non-publication order.

Our weekly newsletter will deliver expert analysis of the race to the White House from our US correspondent Matthew Knott. Coming soon. Sign up now for The Sydney Morning Herald‘s newsletter here, The Age‘s here, Brisbane Times‘ here and WAtoday‘s here.