Former university lecturer, 32, becomes first patient in Britain to be prescribed cannabis by a doctor after it was legalised for medical use last month

A woman suffering from fibromyalgia has become the first person in the country to be prescribed medical cannabis.

Carly Barton used to be a fine art university lecturer but developed the illness after she suffered a stroke in he early twenties.

It leaves the 32-year-old in constant pain and she has used cannabis illegally to ease it for years.

She is believed to be the first person in the UK to be prescribed the drug, The Sunday Telegraph reports.

The government authorises an importer to bring the drug from the Netherlands to Britain.

The prescription is not provided on the NHS, but by private pain specialist Dr David McDowell and costs £2,500 for a three-month supply.

It has been legal for medical use since November 1 following a fight to downgrade the substance’s status.

Because the Home Office has to authorise the delivery, it could be weeks before Ms Barton gets her cannabis.

Ms Barton said the prescription had ‘made history’ as it is the first since cannabis was outlawed in 1928. 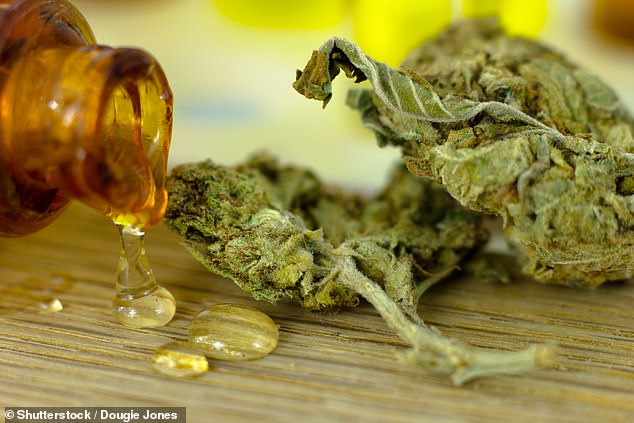 But she pointed out that she is having to blow all of her savings on just one prescription before going back to getting it illegally.

She hopes an NHS doctor will give he ra prescription but campaigners say they are constrained by interim guidelines.

‘There is an unfair system where the rich will have access and the poor will still have their doors kicked in by police,’ she said.

Dr McDowell believes cannabis could be used instead of opioids such as fentanyl and codeine which he says are ‘not particularly good for long-term pain’.

And he says his patient provided him with evidence that the drug had a ‘dramatic effect’, reducing pain and helping her get of opioids.

It comes after the Home Office seized cannabis oil from the mother of Billy Caldwell, a severely epileptic boy.

Charlotte Caldwell fought for it to be returned following the seizure in June which led to a ‘re-scheduling’ of cannabis.

It is now legal to prescribe but Home Secretary Sajid Javid has warned that it is ‘in no way a first step to the legalisation of cannabis for recreational use’.

Why are doctors now able to give patients medicinal cannabis? 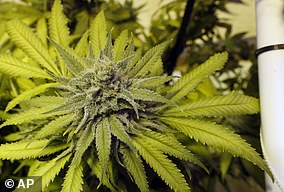 Home Secretary Sajid Javid commissioned a review of the Misuse of Drugs Regulations act of 2001 in the summer.

The report concluded that there was evidence that medicinal cannabis has therapeutic benefits.

It recommended drugs that meet a clear definition of a cannabis-derived medicinal products should be placed in Schedule 2 of the Misuse of Drugs Regulations 2001.

Cannabis was previously considered Schedule 1. Drugs in this class are thought to have no medicinal value and therefore cannot be legally possessed or prescribed.

Schedule 2 drugs, such as ketamine, are those that can be prescribed and supplied by doctors and pharmacists. They can also be legally possessed by anyone with a prescription.