At least 14 people were killed and more than 50 injured when heavy rain and strong winds caused a huge tent to collapse on worshippers at a religious festival in northern India.

Many of those who died were believed to be elderly and young children unable to escape from the tent as it collapsed on Sunday afternoon.

It is believed some died as a result of being electrocuted – with others killed by falling debris at the festival in the Indian state of Rajasthan. 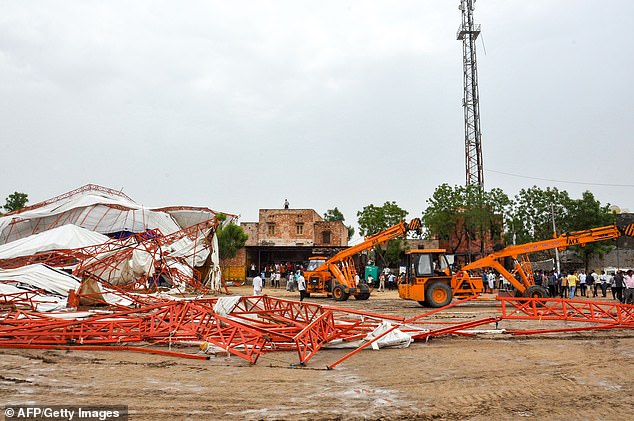 Hundreds of locals had gathered for a religious event being held on a school ground near the Rani Bhatinyani temple in the Barmer district.

Footage from inside the tent showed how in the minutes before the tent’s collapse, the man leading the Ram Katha ceremony, Murlidhar Maharaj, realised the structure was no longer safe and called for its evacuation.

‘The winds are strong. We will have to stop the Katha,’ he said pointing to the strong winds hitting against the tent.

‘The tent is flying. Please leave the area,’ he said in the live footage filmed by local station, NDTV.

He could be seen fleeing the tent, as many others followed suit – in what local media have described as a stampede.

Those who couldn’t get out were trapped in the tent as the strong winds uprooted the foundations and caused it to collapse.

The injured – many critical – were taken to nearby hospitals for treatment. 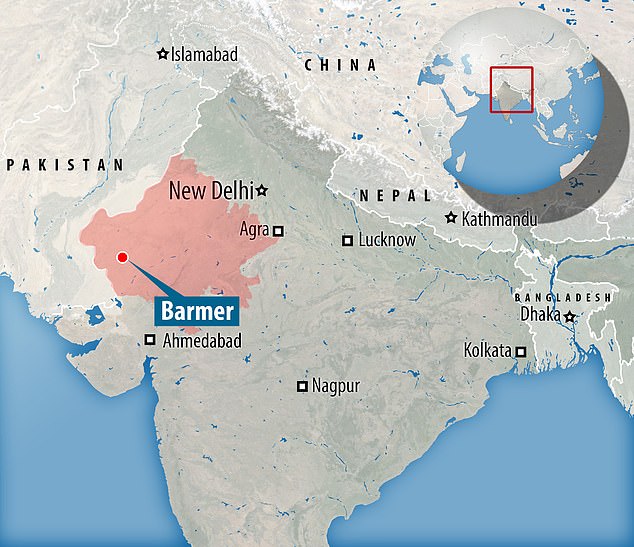 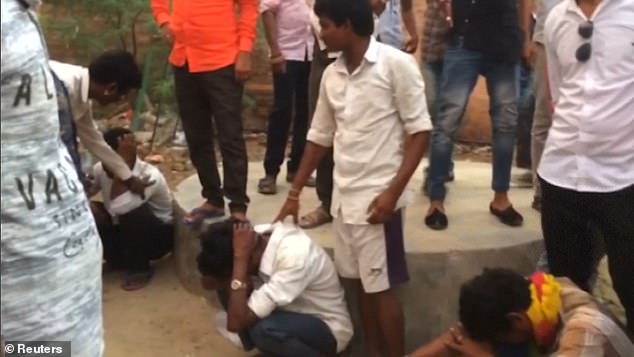 Rajasthan Chief Minister Ashok Gehlot has ordered an investigation into the fatal collapse of the incident and compensation for the victims.

He spent time on Sunday visiting the families of those who had died and the injured victims in hospital.

In a tweet he also praised the emergency services for their efforts at the scene. 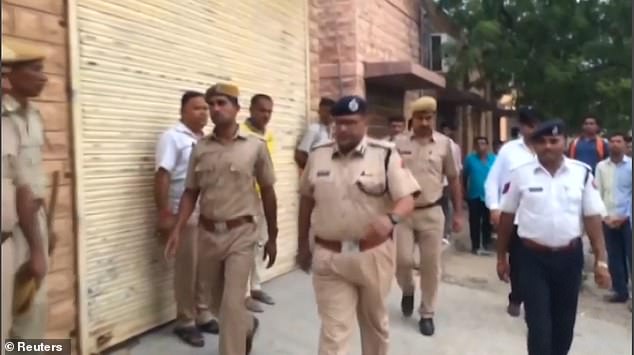 Officials at the site in Rajasthan state, after a tent collapsed on worshippers killing 14.  Rajasthan Chief Minister Ashok Gehlot has ordered an investigation into the incident

Prime Minister Narendra Modi shared his condolences with those affected by the ‘unfortunate’ accident on Twitter.

‘My thoughts are with the bereaved families and I wish the injured a quick recovery,’ he said.

The event, organised by Rani Bhatiyani temple, started on Saturday and was to continue till June 30.