Tory Eurosceptic MPs have lashed out at Dominic Grieve and his fellow Conservative Remain rebels after they attempted to block a No Deal Brexit.

Ten Tory Europhiles sided with Labour and other opposition parties on Wednesday in a failed bid to rule out the UK leaving the European Union without an agreement on October 31.

But their pro-Brexit colleagues reacted with fury as one said the rebels seemed ‘intent on burying themselves’ and the Conservative Party.

Meanwhile, Mr Grieve reignited anger among members of his Beaconsfield Constituency Conservative Association after he said he ‘will not hesitate’ to vote in favour of bringing down the government if it meant stopping a No Deal divorce. 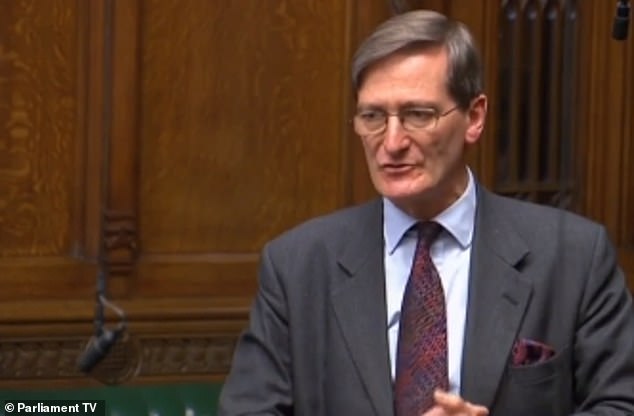 Dominic Grieve was one of 10 Tory MPs who voted with Labour on Wednesday to try to block No Deal. He has been told by his local Conservative association that he must reapply if he wants to be their candidate at the next election

The former attorney general said he was willing to resign the Tory whip and leave the party if it came to it in comments which prompted his local constituency chairman to warn he would never be forgiven by members.

Numerous Tory leadership candidates have said they intend to take the UK out of the EU on October 31 regardless of whether the two sides have agreed to a deal, prompting Wednesday’s bid by opposition MPs to take control of the process.

Andrew Bridgen, the Tory Brexiteer, took aim at the 10 Conservative MPs who backed the Labour-led attempt and said: ‘The Conservative Parliamentary Party is such a broad church that some of my colleagues appear to be no longer in the church.

‘They are outside in the graveyard and seem intent on burying themselves and our Party.’ 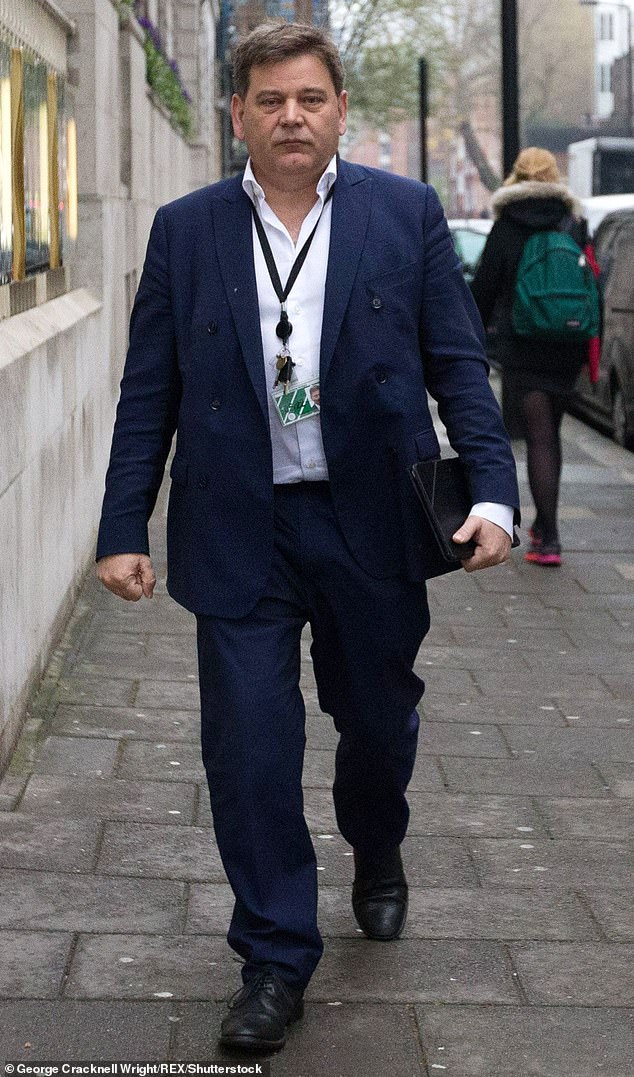 Andrew Bridgen, the Tory Brexiteer, responded with anger after 10 of his colleagues tried to stop No Deal 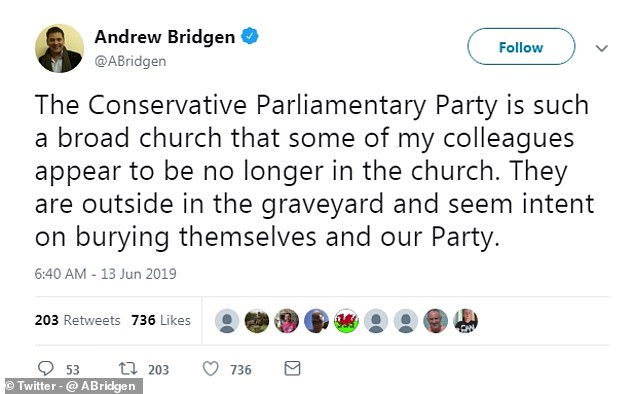 Mr Grieve has been a constant thorn in the side of the government on Brexit but his actions in Parliament have caused anger among grassroots Tories in his local constituency.

A special general meeting held by the Beaconsfield association on Friday concluded that Mr Grieve must reapply in writing if he wants to be their candidate at the next election.

Mr Grieve said today he hoped to stand at the next election as a Tory candidate in the seat he has represented since 1997.

He told Sky News: ‘I certainly hope that I am standing at the next election and I am standing as a Conservative. I have no desire to go anywhere else.’

Speaking in the Commons on Wednesday, Mr Grieve said if the next prime minister was ‘intent on taking us out of the EU with no deal, the only way of stopping that Prime Minister will be to bring down their government’. 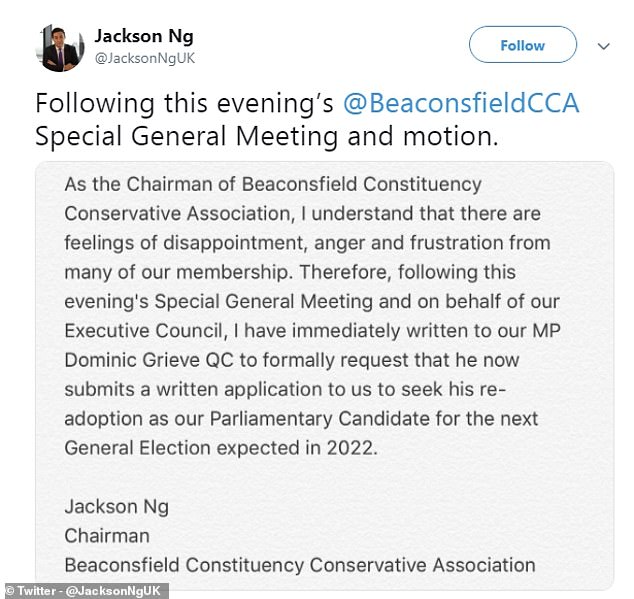 Jackson Ng, the chairman of Dominic Grieve’s local Tory association, issued the above statement on Friday evening after a special general meeting concluded that the MP must reapply in writing to be the Conservative candidate at the next election

‘I have to say here and now that I will not hesitate to do that, if that is attempted, even if it ​means resigning the Whip and leaving the party,’ he said.

Jackson Ng‏, the chairman of the Beaconsfield association, said he was ‘disappointed’ by the comment.

‘This is not what the majority of our local members, activists and supporters want to hear/see,’ he said.

‘I don’t believe we can ever forgive Dominic if this actually happens.’