BERLIN (Reuters) – The new leader of Germany’s Christian Democrats (CDU) outlined plans on Sunday to change the party’s migrant policies before next year’s European election, signaling that she could break with her mentor Angela Merkel’s liberal approach. 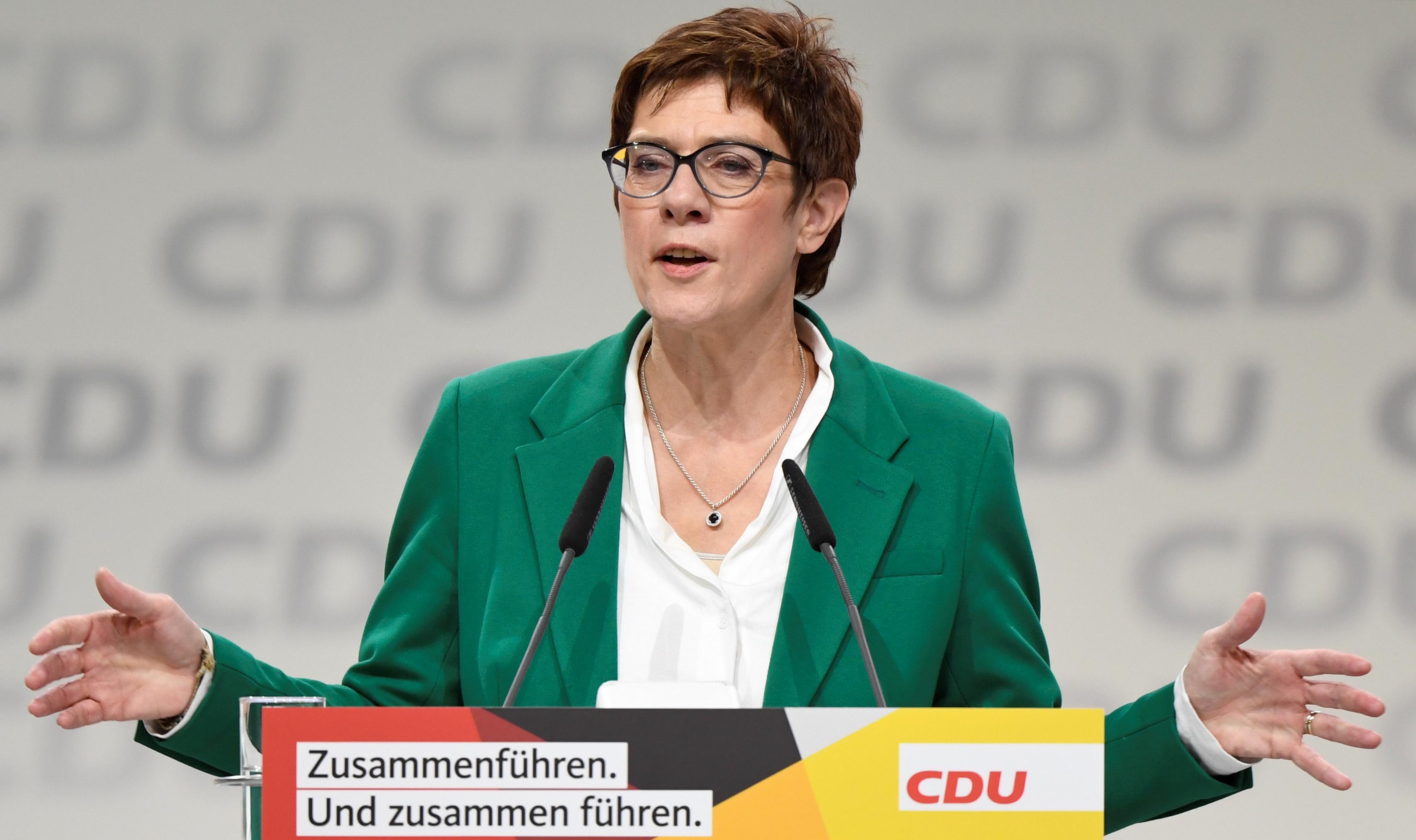 The conservative party elected Annegret Kramp-Karrenbauer to replace Merkel as their leader on Friday, making her frontrunner to become the next chancellor of Germany, which has Europe’s biggest economy.

However, the narrow win over the more conservative Friedrich Merz exposed splits in Germany’s biggest party, which she must try to close before next May’s vote for the European Parliament and four state elections in 2019.

One of the deepest divisions is over migrant policy.

“I want to convene a ‘workshop discussion’ on migration and security with experts and critics of migrant and refugee policies to work on concrete improvements,” Kramp-Karrenbauer told Bild am Sonntag weekly.

“Our program for the European election will build on these results.”

Merkel’s 2015 open-door approach eroded her popularity and led to losses in regional elections, culminating in her October decision to stand down as party leader. She aims to stay on as chancellor until the next federal vote in 2021.

By voting for Kramp-Karrenbauer, the CDU chose continuity but the new leader told German television this did not exclude some changes.

“You stand on the shoulders of your predecessor. What is good is continued and where there is room to change things, we will make changes,” she told broadcaster ARD.

While Kramp-Karrenbauer was less critical of Merkel’s migrant policy than her rivals in the leadership contest, she has argued that migrants must learn German and those with a criminal record cannot stay. But most of all, she has stressed that the CDU must not dwell too long on the damaging issue.

One of her main tasks in elections next year in three eastern states will be to win back voters who have turned to the far-right Alternative for Germany (AfD), which has capitalized on fears about the integration of migrants.

Now represented in all 16 federal states and polling at around 14 percent, it is the main opposition in parliament to Merkel’s ‘grand coalition’ of the CDU, its conservative Bavarian allies and the Social Democrats (SPD).

An Emnid poll on Sunday put the conservative bloc on 29 percent, up 1 point from last week but down from 32.9 percent in last year’s election – its lowest result since 1949. The SPD has slumped to 15 percent from 20.5 percent in the election.

Former SPD chancellor Gerhard Schroeder told Handelsblatt the CDU had made a mistake with its choice.

“Merz would have been the chance to set the two main parties further apart from each other so the fringes on the left and right would get weaker. That is not just important for the CDU and SPD but for all Germany,” he told Handelsblatt daily.