A 15-YEAR-OLD girl was kicked in the chest and slapped in the face on a London bus in a terrifying unprovoked attack.

The teen girl had got onto the route 18 bus in Brent when a man followed her on board in what police have described as a "violent ordeal". 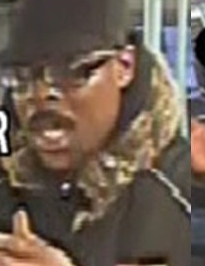 And as he followed the girl upstairs, the stranger kicked and slapped the teen on December 13 last year.

The teen then got off the bus two stops later with the suspect also getting off the bus about 4pm.

But when the young girl then got onto another bus – the suspect was already on board.

The terrified teen then told the bus driver what had happened before.

Met Police said: "The suspect assaulted her again, pushing her over before leaving the vehicle."

The suspect is described as a black male, 5ft 8” tall, of average build, aged 30-35 years wearing a black cap, glasses, black jacket with yellow fur on the hood and logos on the left arm.

PC Kishore Pindoria, of the Roads and Transport Policing Command said: "This was a violent ordeal for a teenage girl who simply boarded a bus to go home.

"She was randomly attacked not once, but twice, by a man she did not know."

"If you can identify the man in the picture, please do get in touch as we would like to speak to him.” 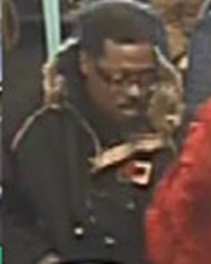 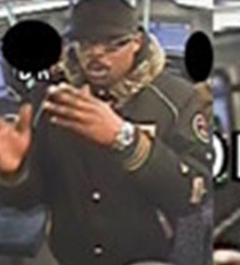