A THREE-YEAR-OLD girl is fighting for her life with burns to 50 per cent of her body after her drunk grandma forgot to rescue her from a burning house.

Little Zhenya suffered horrific burns after being left in the home in the Ukraine on Friday. 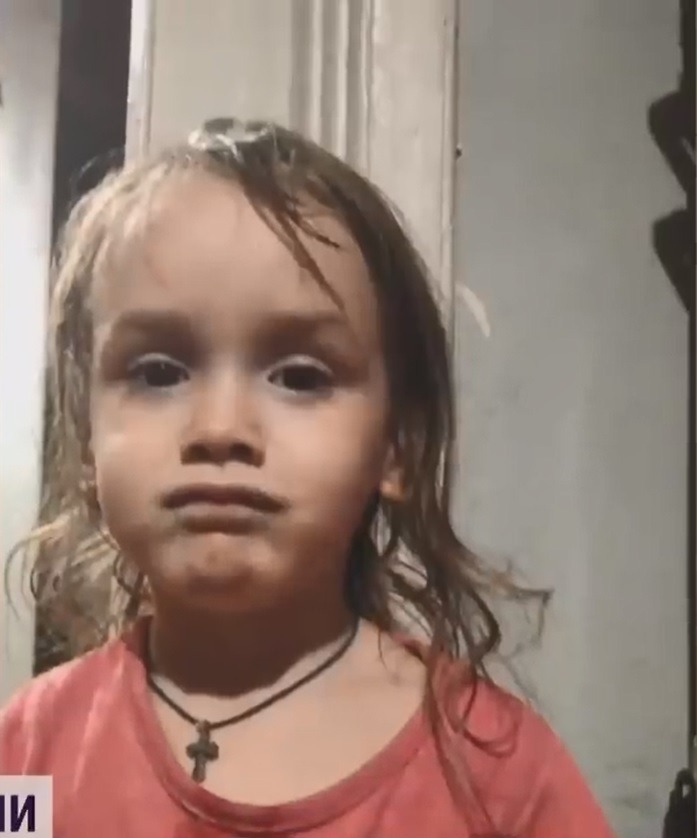 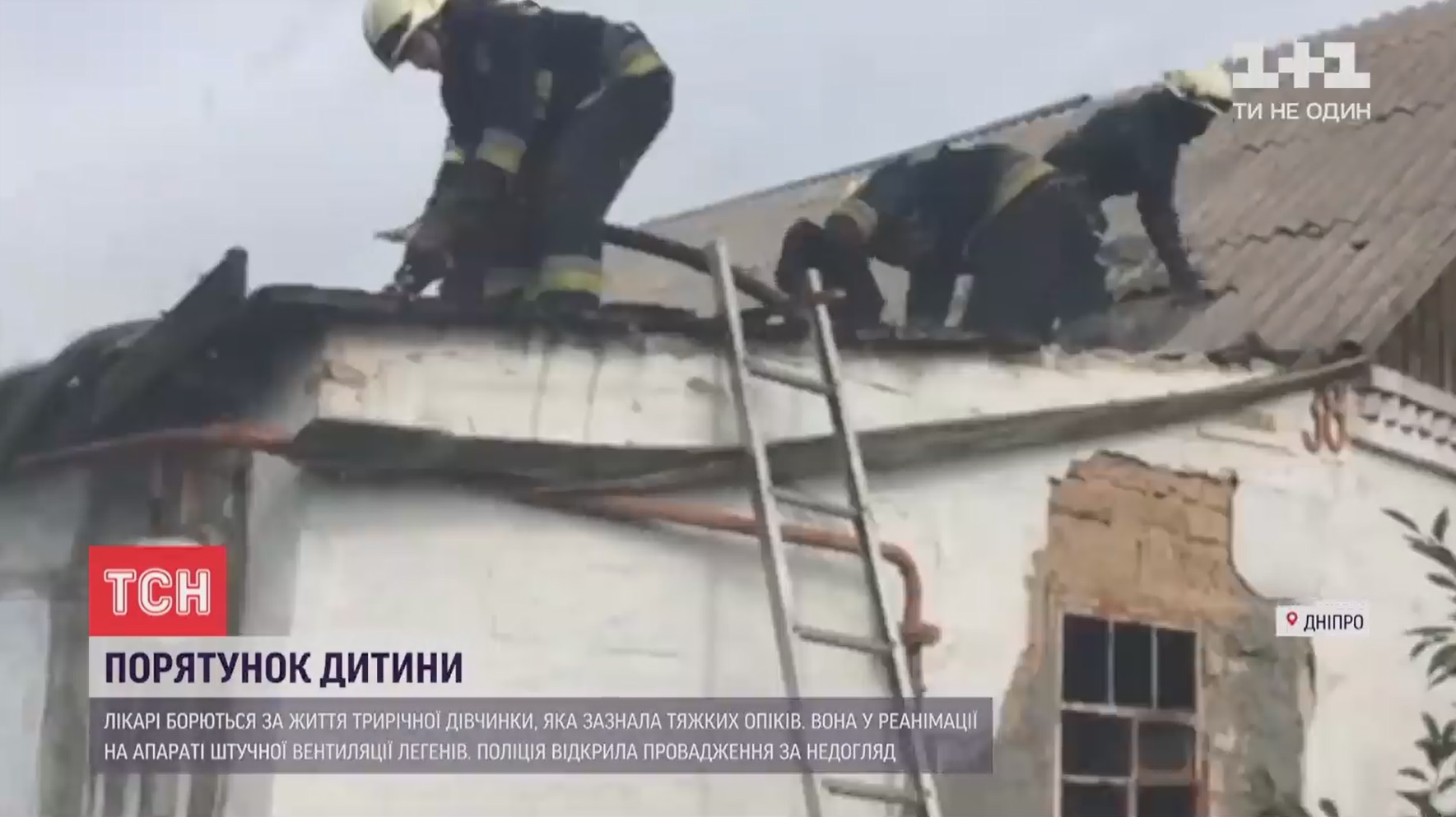 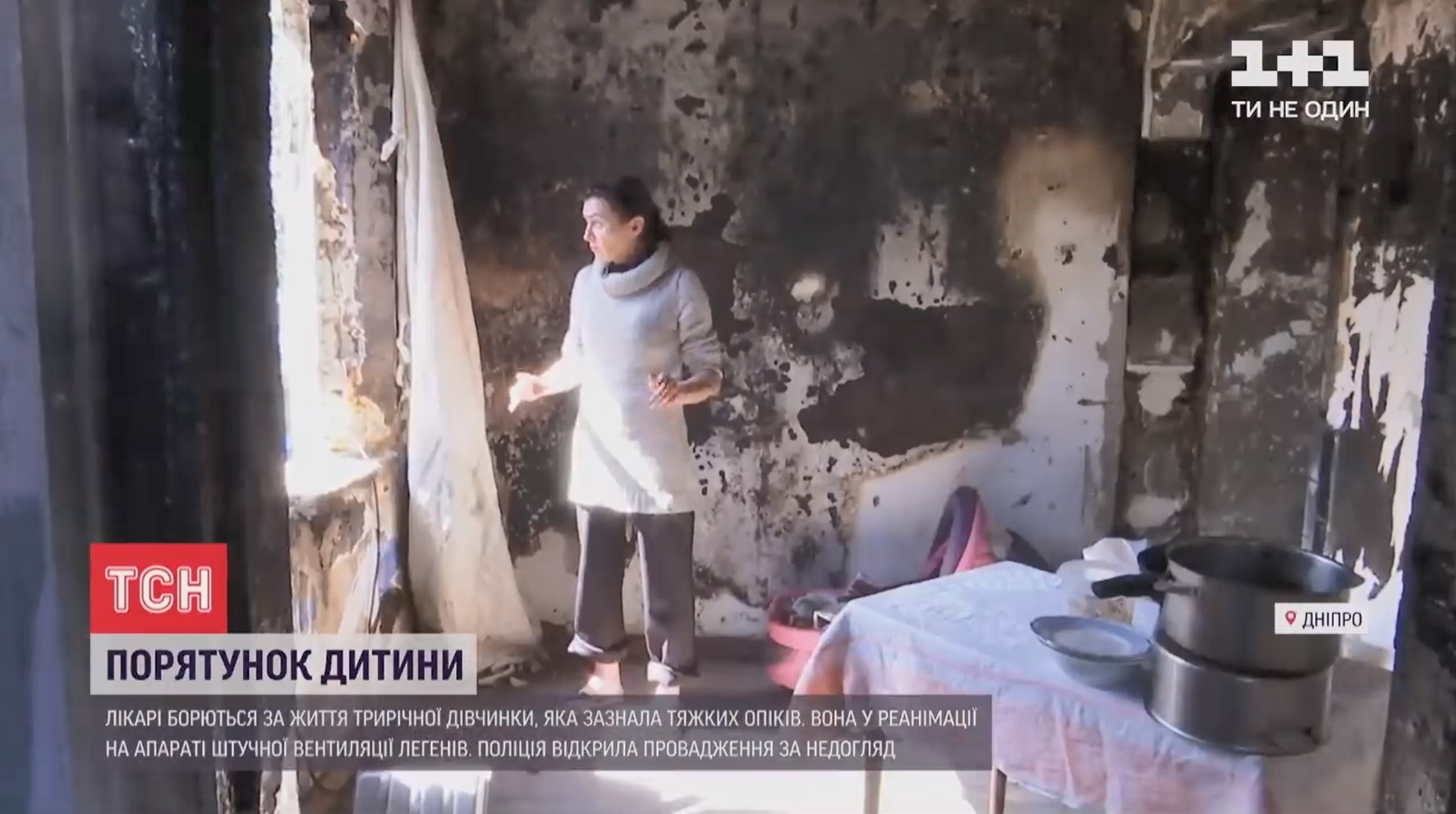 The toddler was playing on her own while her grandmother Tatiana Ukhvatova slept in a bedroom next door when the fire started, reports say.

Seeing the blaze, the brave girl rushed to her grandma and tried to wake her up.

But the woman was reportedly drunk at the time and only awoke when the house was engulfed in flames.

Speaking with local media Tatiana said: “I opened my eyes and saw Zhenya. She was screaming and shaking my arm.

“The room was on fire. I ran outside. I was sleepy and in a haze.”

After being forgotten in the burning room, terrified Zhenya hid under the bed.

Some time later, she was found and carried outside by a neighbour who had tore through the fire to rescue her.

Zhenya was rushed to hospital in a critical condition with severe burns.

Doctors put her into a drug-induced coma so she could not feel pain.

Sergey Yegorov, the head of the intensive care unit of Dnipro Regional Children’s Hospital said: “The girl was admitted to the unit with extreme burn shock.

“More than half of her body was damaged by fire.

“We removed large amounts of soot from her respiratory system.”

The victim’s mother Anastasia Ukhvatova, who has four children under the age of five, blames herself for what happened.

“Zhenya is my second child. She is a little carbon copy of me. I blame myself for entrusting her to my mother," she said.

Police launched a criminal case for wilful failure to perform parental duties to protect a child from harm.

Police spokeswoman Hanna Starchevska confirmed: “The grandmother was drunk at the moment of the incident.

“The mother was aware about the grandmother’s drinking problem and still entrusted the child to her.”

Social services are yet to decide whether to remove parental rights from the mother and take all her children away from her.

Tatiana says she does not know what caused the blaze and insists it was an accident "that could happen to anyone".

However, her neighbours allege she is "not telling everything to avoid responsibility".

According to recent reports, Zhenya underwent two skin grafting surgeries and doctors partially replaced injured tissue on her back.

Surgeons say her injuries are extremely severe and difficult to treat.

Zhenya will be in intensive care for at least the next month, medics said.

It's not the first time a child has suffered burns at the hands of a neglectful parent.

A callous mum killed her two-month-old baby son and then set his body on fire for “crying and keeping her up all night”.

Lubov Kostyuk, 23, used a shoelace to strangle her little son to death in her home in south-eastern Ukraine before burning the body down and hiding the remains in a forest.

And an eight-year-old boy was left fighting for his life with agonising burns after being set on fire by a gang of sick "monster" bullies. 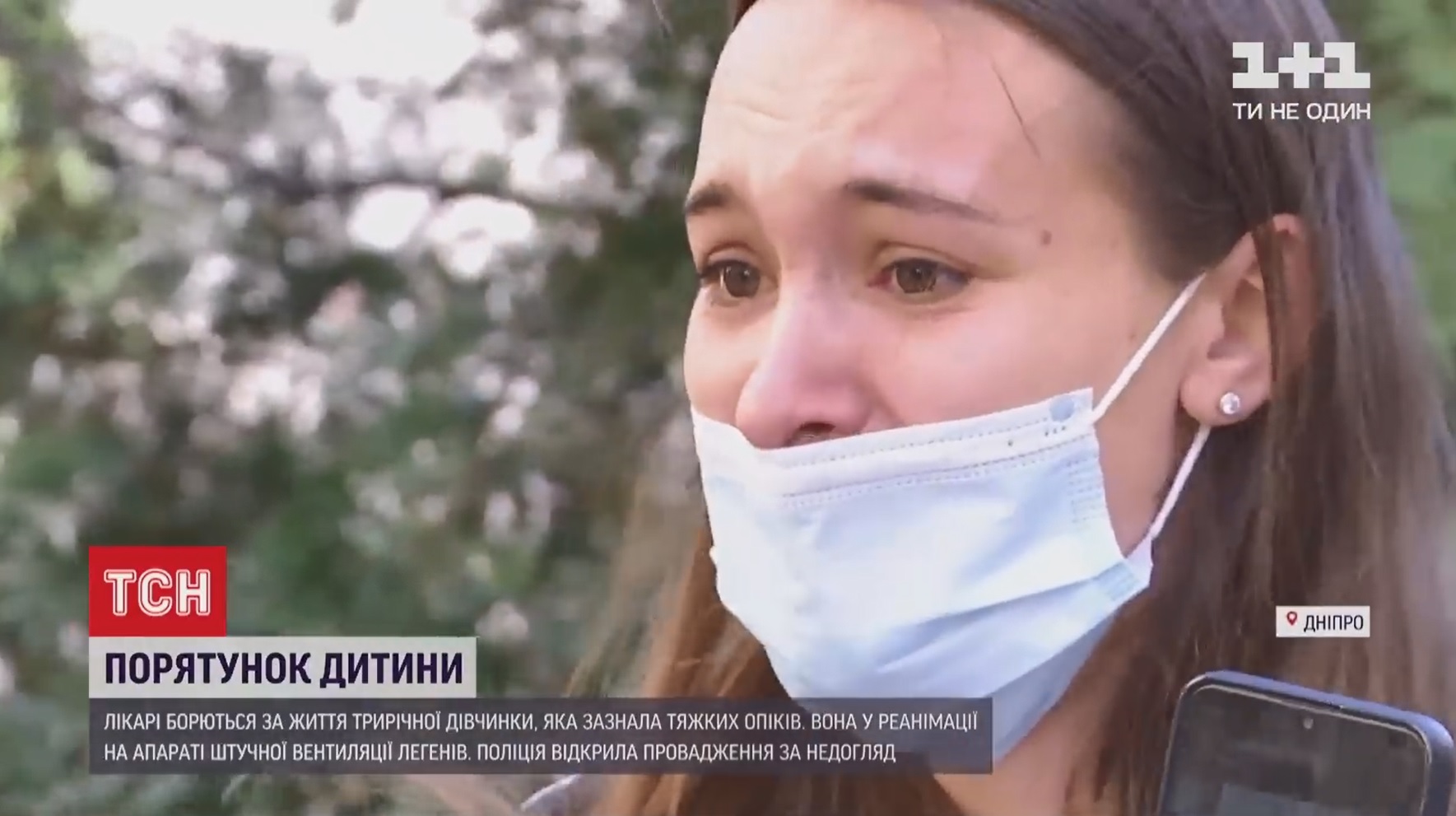 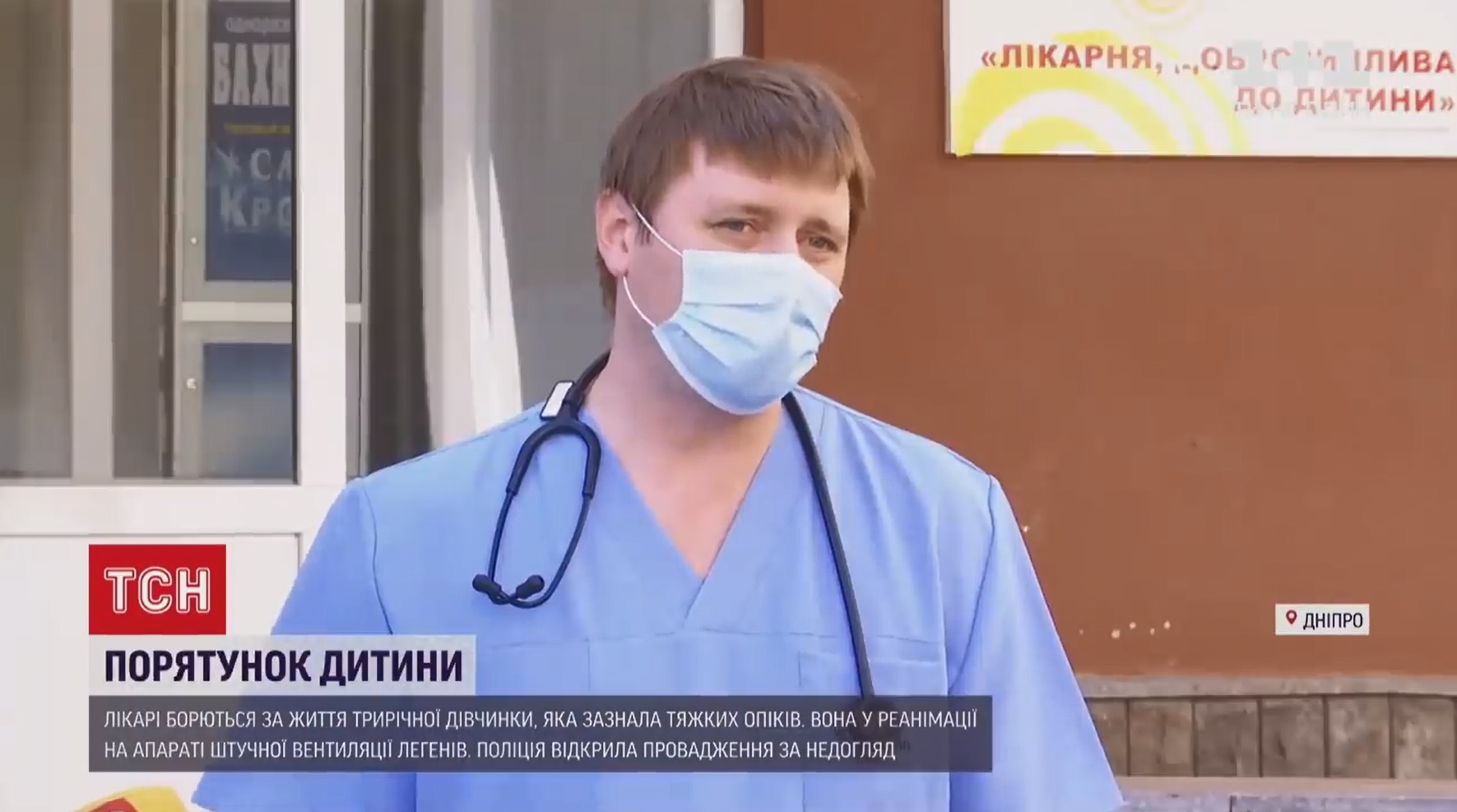 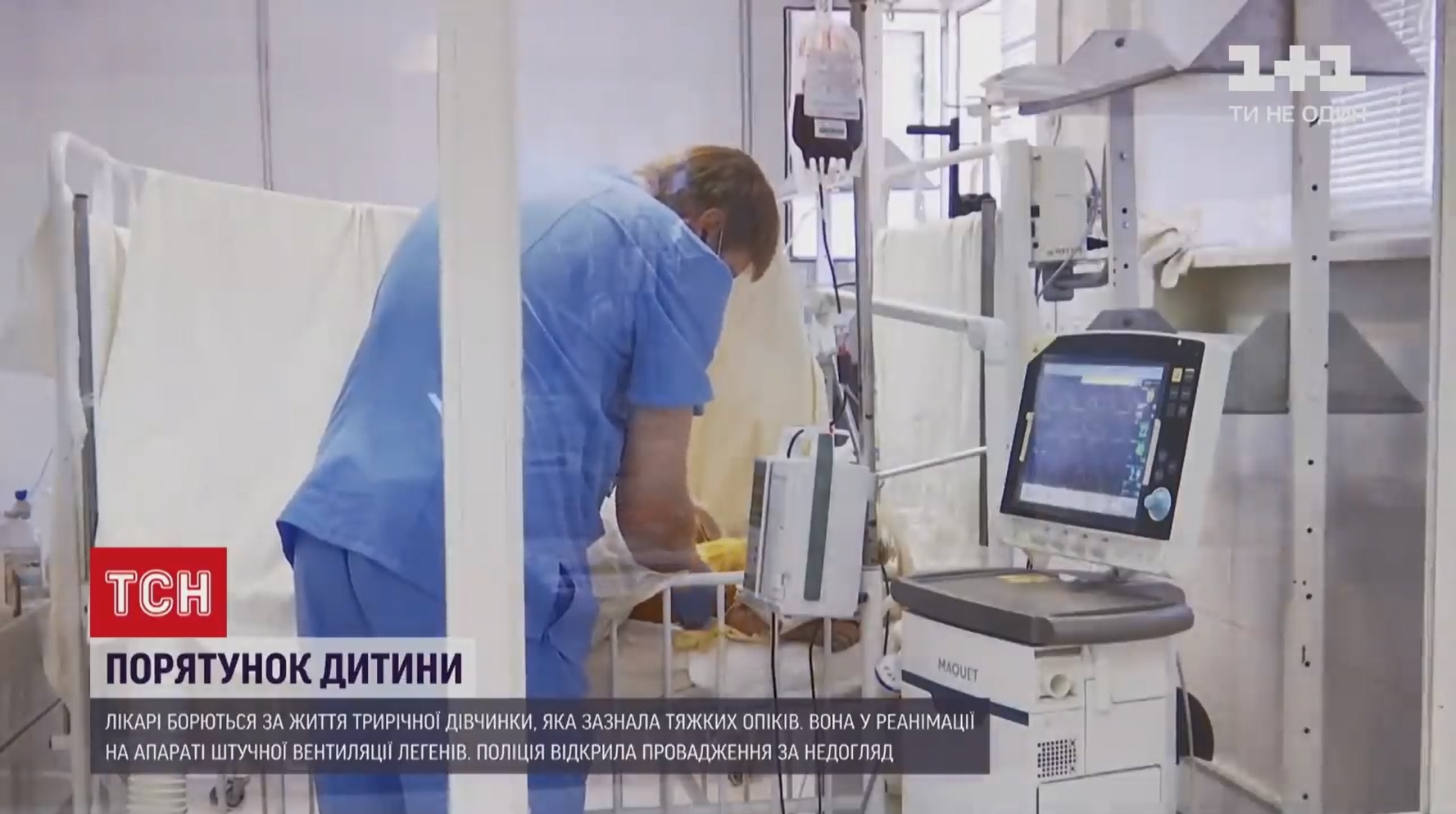 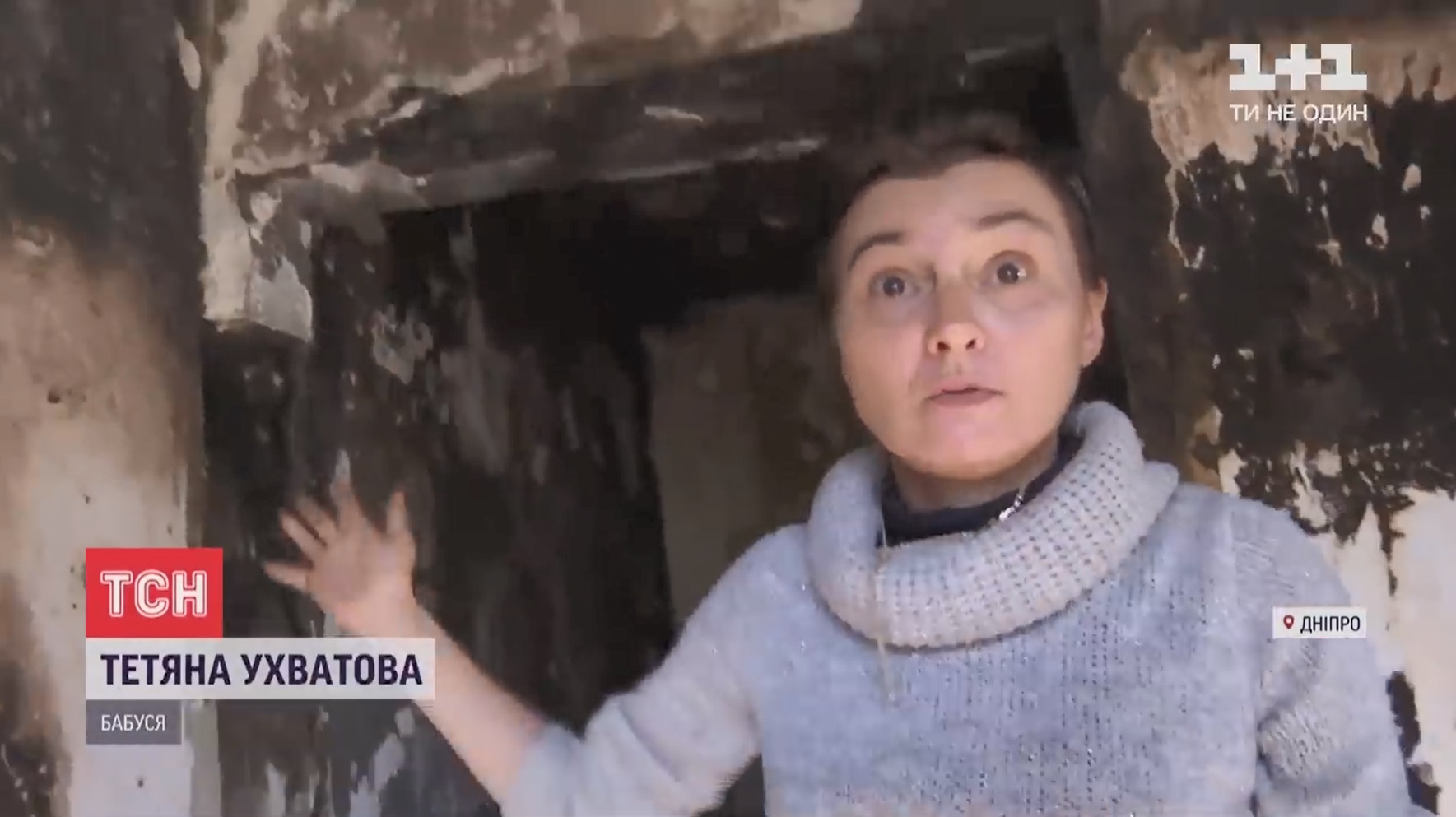