ANOTHER monolith has cropped up in Colombia, but unlike the others appearing around the world, this one is gold.

The latest addition to the family of mysterious monoliths has some people claiming it is the "master monolith" which controls the others. 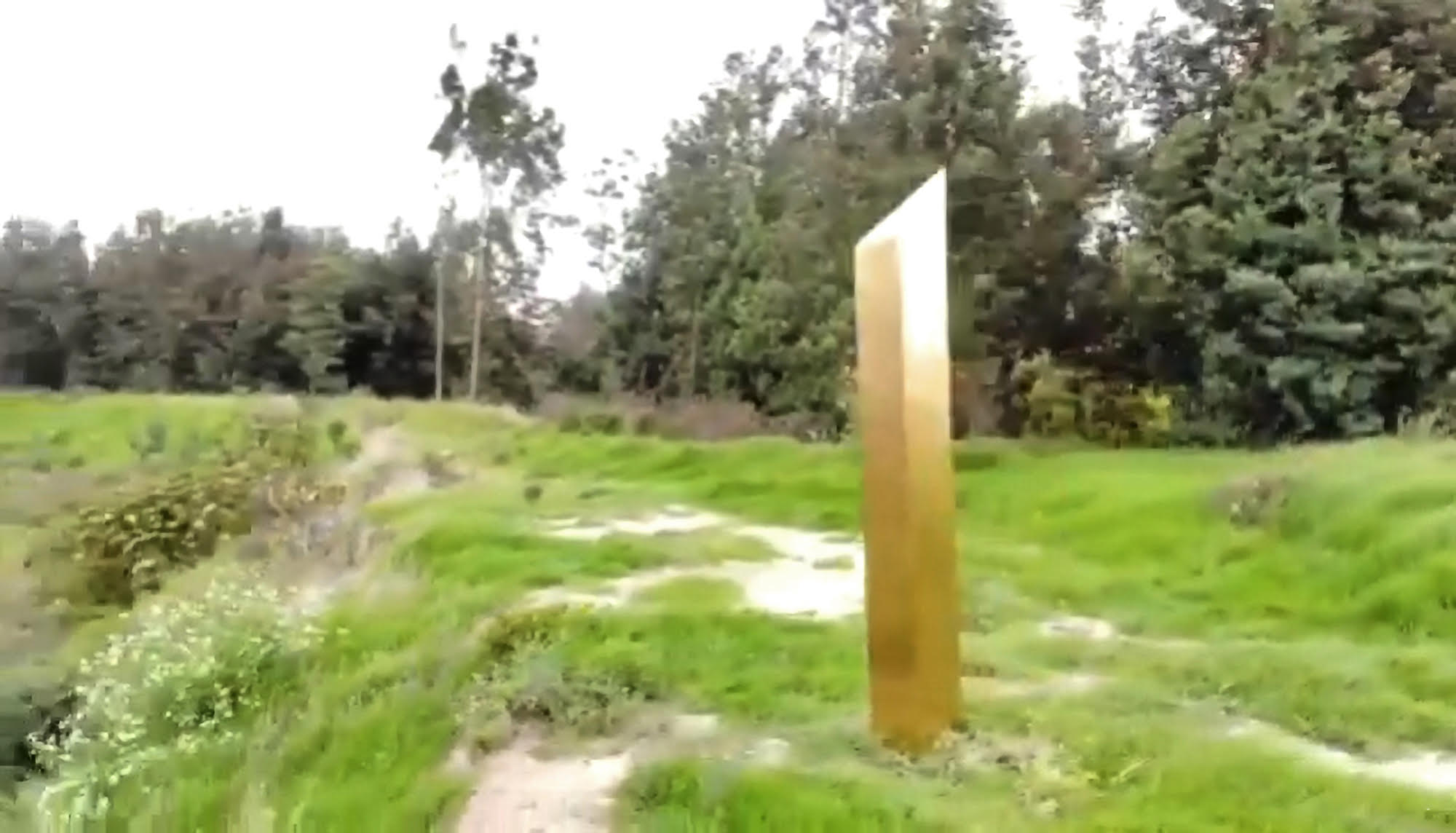 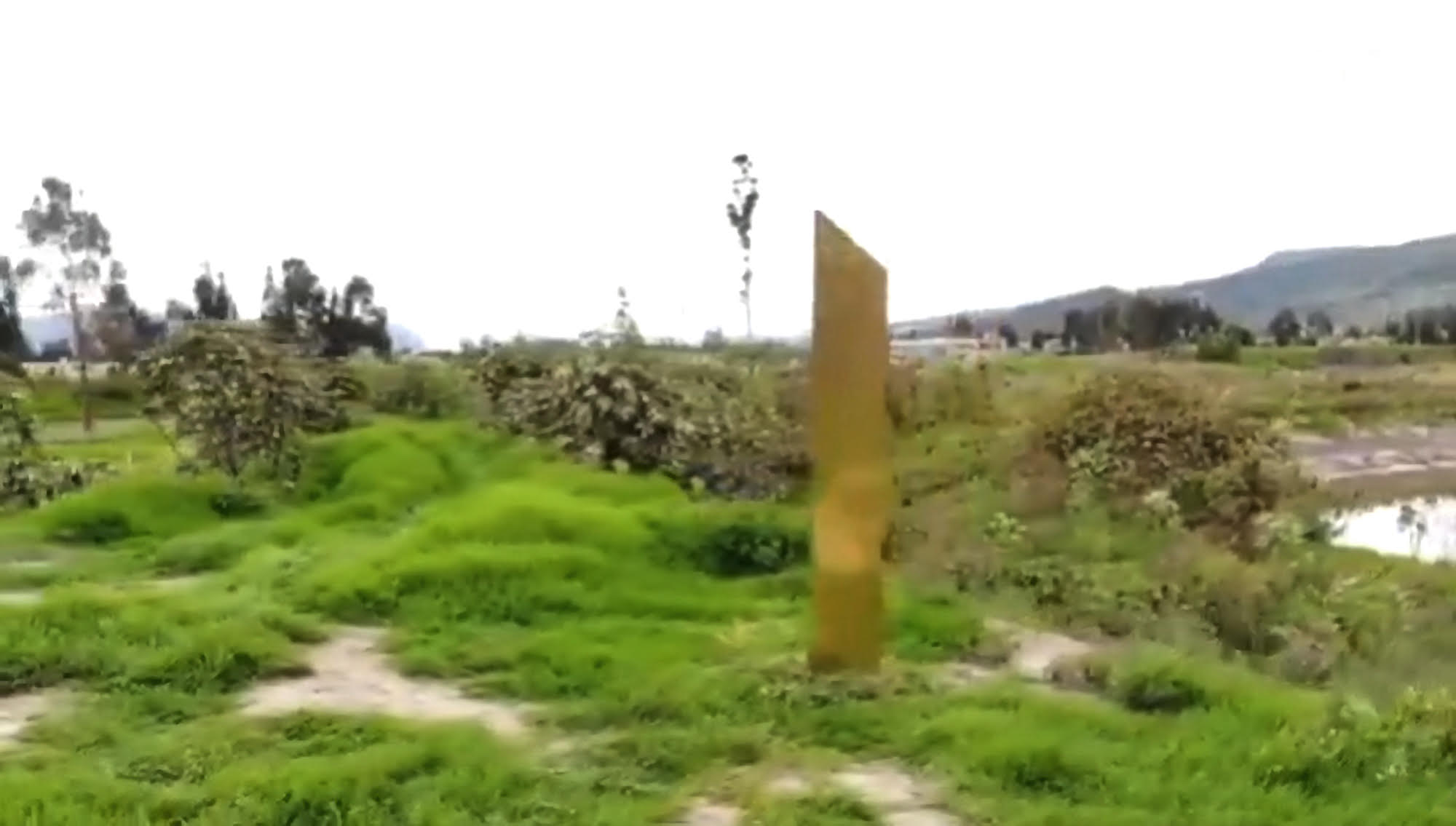 It was spotted in Chia, in the Colombian department of Cudinamarca on Saturday.

It's the ninth of a series of unexplained structures to appear around the world, but this is the first gold one to appear.

The monolith mystery began after a silver structure was discovered in Red Rock Desert in Utah, US on November 18..

Wildlife Resource officers stumbled upon the 12-foot tall metal pillar, similar to a scene "straight out of 2001: A Space Oddessey", when counting sheep in the area. 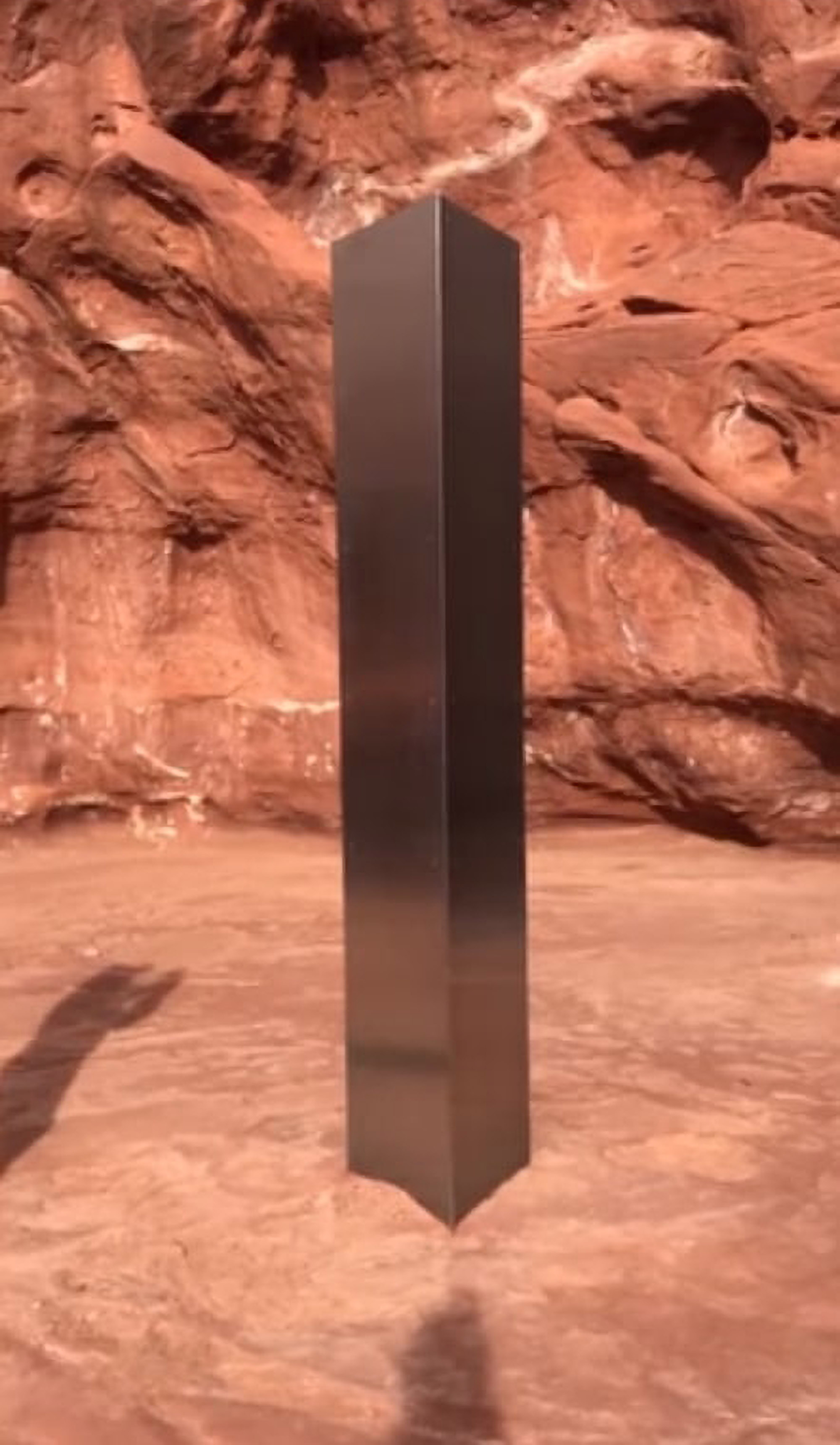 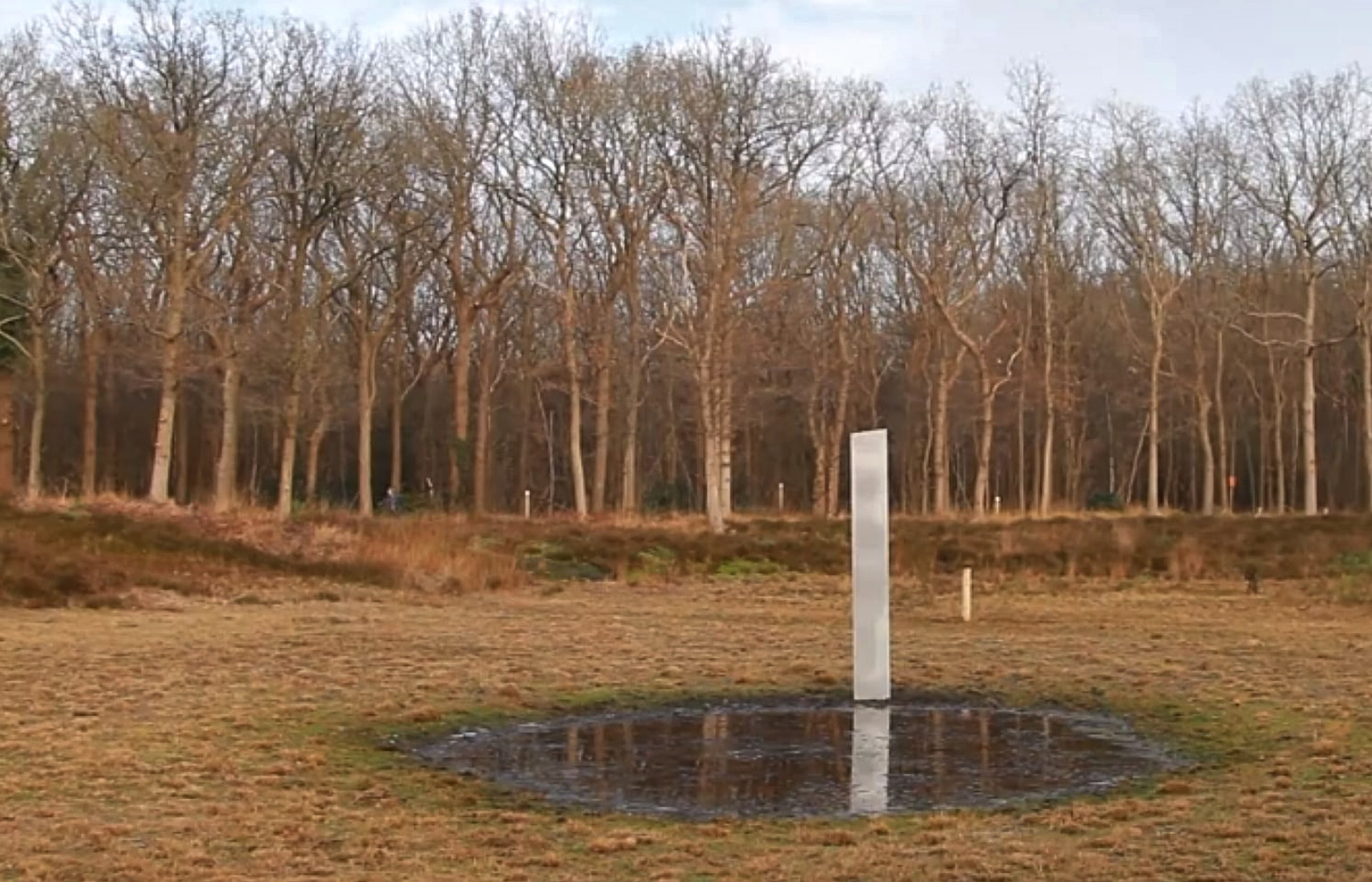 In the 1968 film directed by Stanley Kubrick, the monolith is a recurring symbol that appears to play a role in the development of human evolution.

After the initial discovery, several of the identical monoliths have been found at sites around the globe with no explanation as to how they got there.

They have appeared in the Isle of Wight, California, Pennsylvania, New Mexico, Romania and the Netherlands.

Unlike its silver counterparts, the Colombian monolith has taken the crown due to its gold colouring.

After it was found standing in a field, locals now believe this is the "master monolith".

Social media users have been left baffled debating the meaning of the monoliths, with some even claiming it's aliens at work.

Despite it being unconfirmed who is behind the stunts, an anonymous collective by the name of "The Most Famous Artist" have claimed responsibility for the structures in Utah and California.

The group are selling three replicas for $45,000 (£34,000) each and shared some behind-the-scene photos on Instagram.

“The monolith is out of my control at this point. Godspeed to all the aliens working hard around the globe to propagate the myth,” founder Matty Mo said when asked about the Isle of Wight monolith.

Some structures have disappeared just days after being sighted, with photographer Ross Bernard's claiming to have witnessed the dismantling of the one in Utah.

He posted on Instagram claiming he saw four men dismantle the structure before taking it away in a wheelbarrow.

The monolith in California appeared to be made of stainless steel and welded together at its corners, "with rivets attaching the side panels to a likely steel frame inside," according to The Atascadero News.

The monoliths are most often found in unusual environments with tough terrain, making the mystery of how they are appearing even more intriguing. 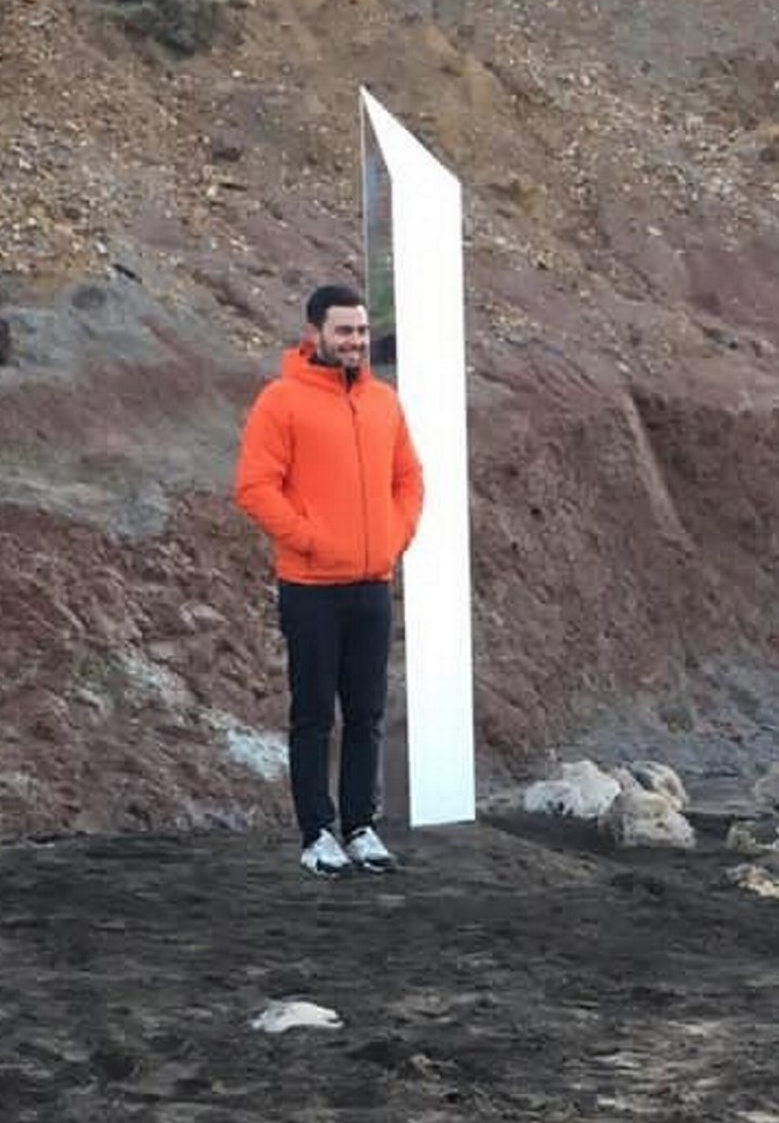 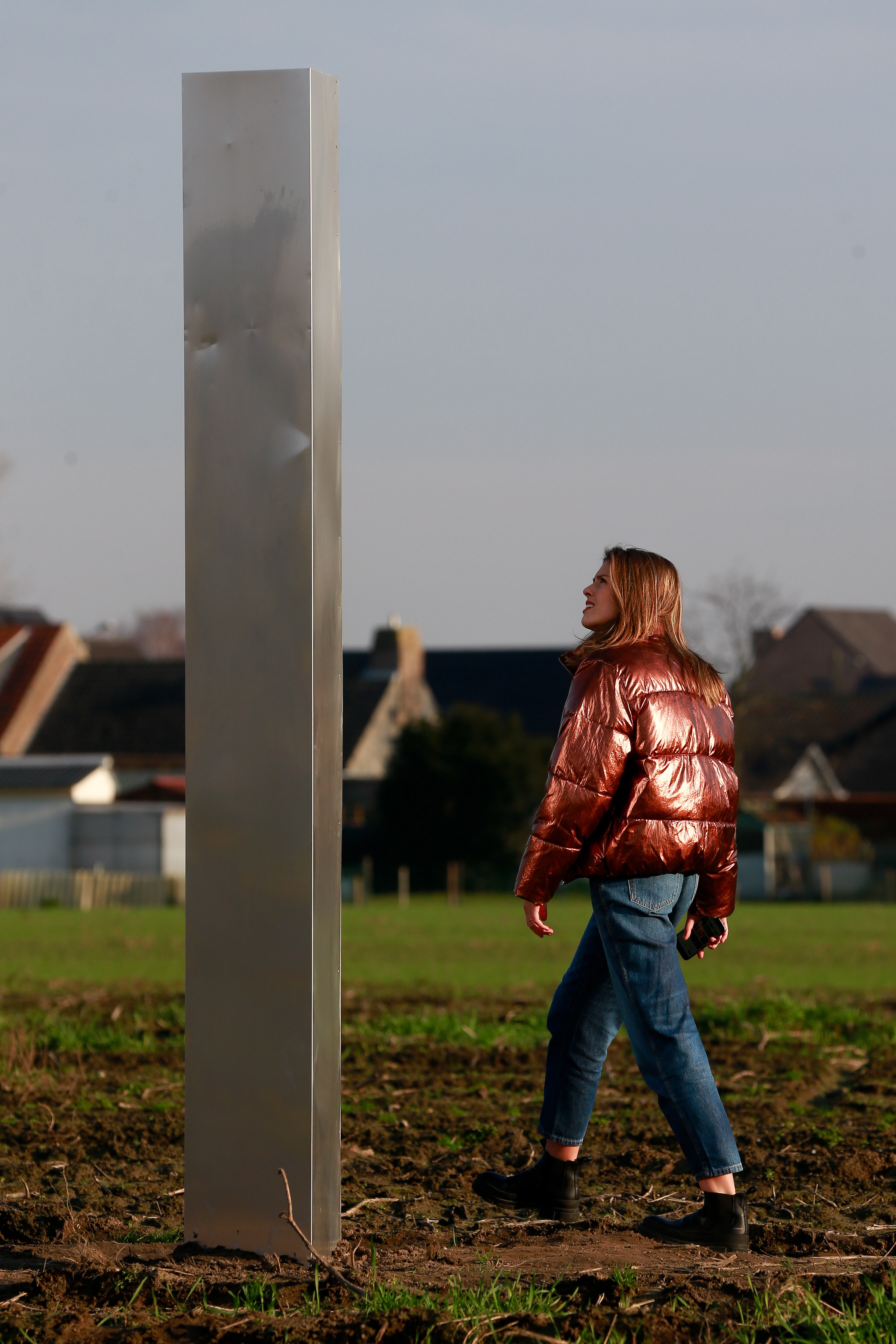