A FOOTIE-mad grandad has spent £6,000 building a memorabilia museum in his garden shed.

Nicholas Whitehead, 76, has more than 500 boots, balls, trophies and programmes plus a rare snap of teenage Harry Redknapp from 1965. 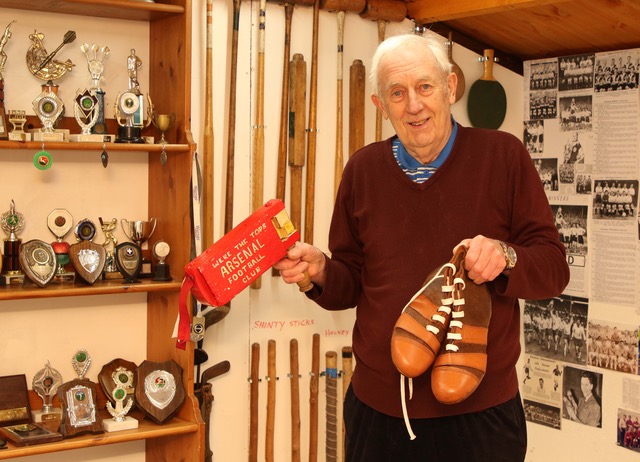 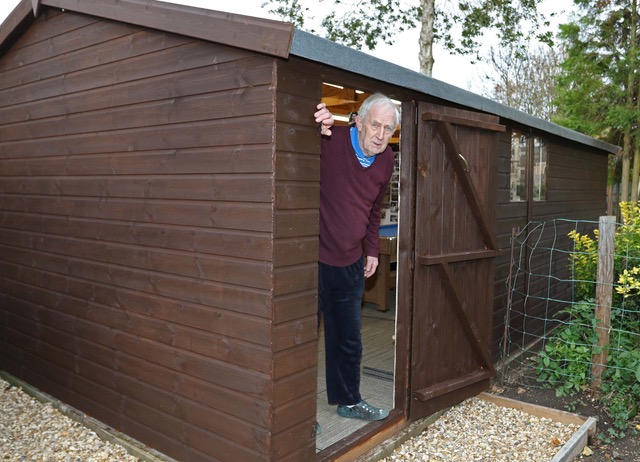 The former Hitchin Town FC full-back said he needed a hobby to stay sane during lockdown.

And he wants the display at his home in Sandy, Beds, to show his grandchildren’s generation how different sport was when he was a lad.

He said: “If the ball got wet and you tried to head it, it was so heavy it could knock you out.”

One rarity is a programme for the “Busby Babes” Man Utd side when they played Luton on Boxing Day 1957.

Nicholas said: “When lockdown is finished I’ll open it up to the public and donate money to charity, as it is an interesting collection.

“My grandchildren don’t have any idea what people had to use 60 years ago and I want to show them how different it was. 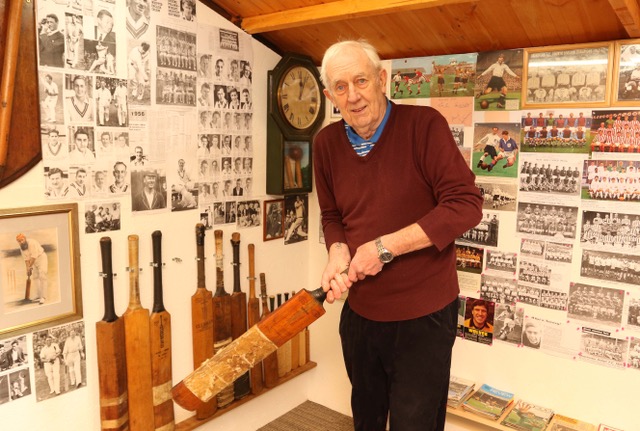 “It is more than that though, it is the characters in the game and the people I met that had an impact on my life.

“You can’t even tackle now, you get booked for every silly little challenge.”