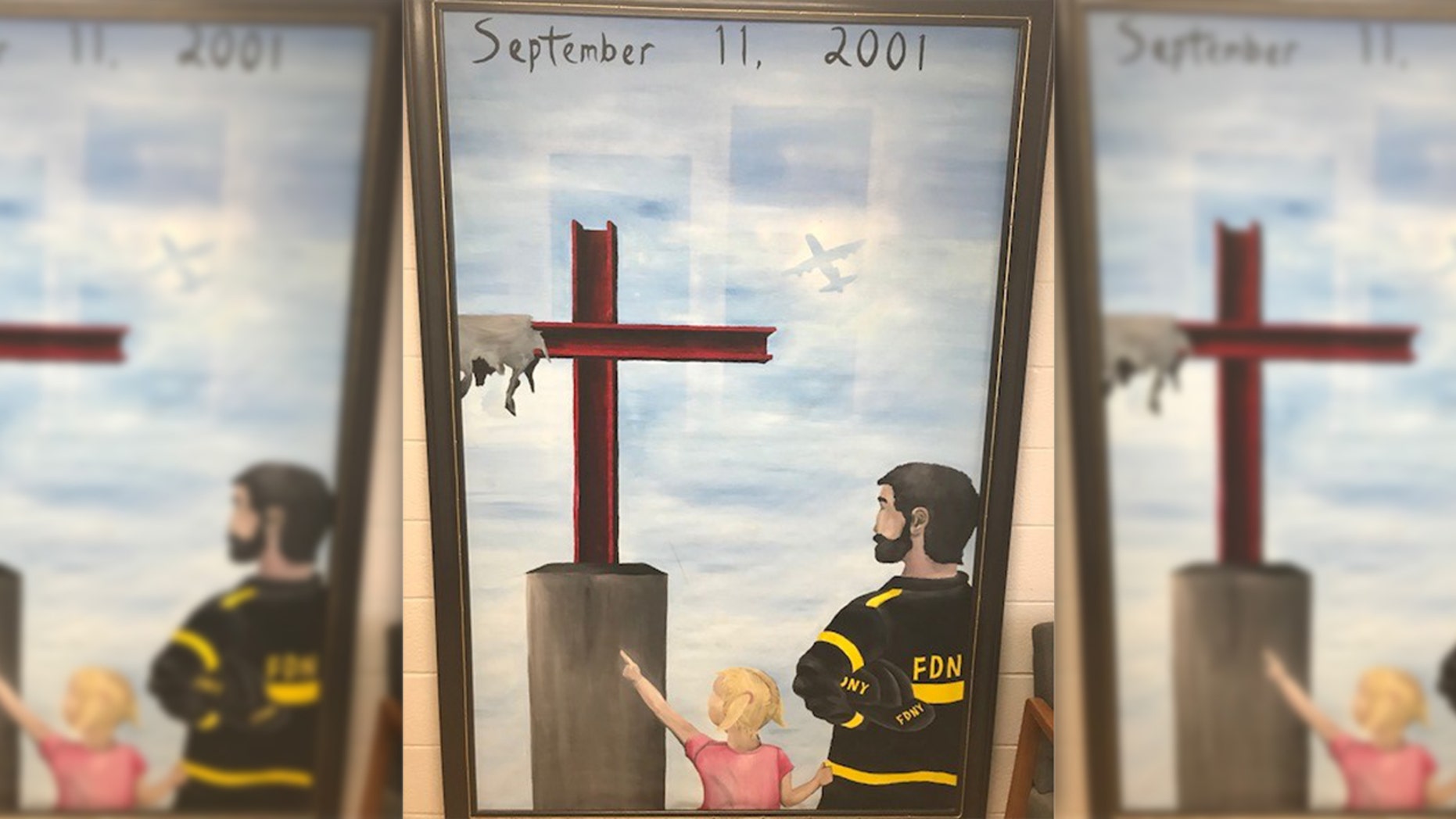 The Freedom From Religion Foundation filed a complaint against Camden County in Missouri for having a 9/11 cross mural, which the group claims is unconstitutional.
(Camden County Clerk’s Office)

A painting at the Camden County Courthouse in Missouri was put up to honor the lives of those who died in the Sept. 11 terrorist attacks. It shows the Ground Zero Cross emerging from the rubble as a New York firefighter and young girl look on. The Twin Towers and a plane are shown in silhouette.

But that painting in Camdenton, Miss. has come under fire from a Wisconsin-based anti-religion group that claims the painting is a violation of the separation of church and state. The Freedom From Religion Foundation, or FFRF, has filed a complaint with the county and wants it taken down.

But locals have defended the painting, insisting it's a beautiful tribute and far from a religious symbol.

"We love this painting. It represents a lot of people," Barb Stamper told KY3. "It was a tragedy. And the complaints against it? I think you out to be shipped to another country that believes like you do."

Freedom From Religion said a local member wrote to the group urging for painting to be removed.

The city, which has a population of about 4,000, stands by the work of art, pointing to a federal court ruling involving the Ground Zero Cross.

"We believe we are in compliance with federal law," Camden County Presiding Commissioner Greg Hasty told Fox News. "The federal court found that it is a genuine historical artifact and is not an endorsement of any particular faith and it doesn't excessively entangle government with religion."

Hasty added that they did move another item, a painting with a Bible verse from the Gospel of John and the American flag, to a private employee work area after a complaint from FFRF. 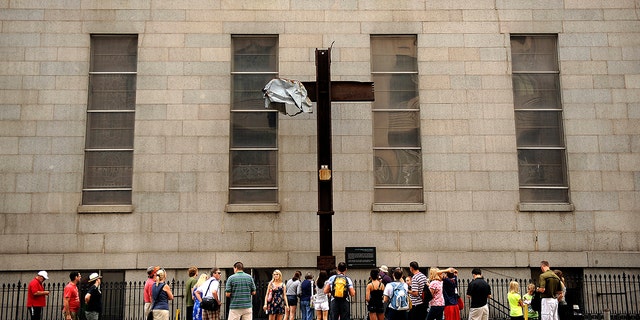 The Cross at Ground Zero was moved to St. Peter’s Church on October 5, 2006. Visitors pass by on Church Street between Barclay and Vesey Streets. A welded steel plaque reads "The Cross at Ground Zero – Founded September 13, 2001; Blessed October 4, 2001; Temporarily Relocated October 5, 2006. Will return to WTC Museum, a sign of comfort for. Joe Amon, The Denver Post (Photo By Joe Amon/The Denver Post via Getty Images)

"While we are glad to hear that the county has removed the Bible verse display from its previous location near the ballot box, FFRF’s position regarding the cross painting remains unchanged: this is not the real '9/11 cross' that once stood at Ground Zero—and which is now displayed in a privately-run museum—and therefore any court case governing the constitutionality of that specific historical artifact is inapplicable," McNamara said.

He called the painting nothing more than "a Latin cross hung on the wall of a County Clerk's office by order of the county government."

"Any reasonable observer would understand this painting of a Latin cross as an endorsement of Christianity," he said. "For as long as the cross painting remains in place, Camden County remains in violation of the Establishment Clause."

The Ground Zero cross, discovered two days after the terror attack, was preserved and became a focal point for many people in 2001.

Then-New York City Mayor Rudy Guiliani said the cross "went beyond religion" and was a significant part of history that kept a lot of people going.

"It brought such overwhelming feelings to me, that it brought me to my knees in tears," New York City construction worker Frank Silecchia, who discovered the cross while searching for bodies in the rubble. "On that day, our faith was crushed and through that cross it helps rebuild our faith, because terrorism took down the towers, but faith rebuilds our hearts,"