Keir Starmer is facing a hard Left backlash over ditching the Corbyn agenda today after a union slashed multi-million pound funding for Labour.

Unite, the party’s biggest donor, is reducing its affiliation by about 10 per cent with chief Len McCluskey warning the leader must represent ‘ordinary working people’.

Sir Keir has been frantically distancing Labour from the disastrous Jeremy Corbyn era, which culminated in the party being reduced to its worst election defeat since 1935.

He recently delivered his keynote speech to ‘virtual’ Labour conference with the slogan ‘a new leadership’ on the podium, and has slated the party’s previous handling of allegations about anti-Semitism among activists.

But there has been strong resistance to changes from the Left, with demands for Sir Keir to stick with his predecessor’s platform of nationalisation, massive spending and high tax. 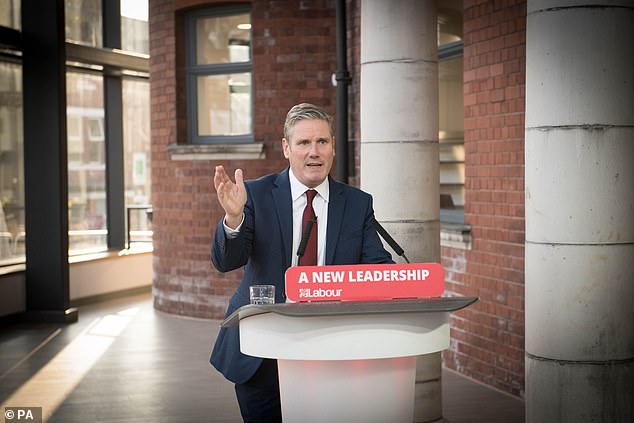 Sir Keir Starmer (pictured delivering his speech to ‘virtual’ conference last month) has been frantically distancing Labour from the disastrous Jeremy Corbyn era, which culminated in the party being reduced to its worst election defeat since 1935 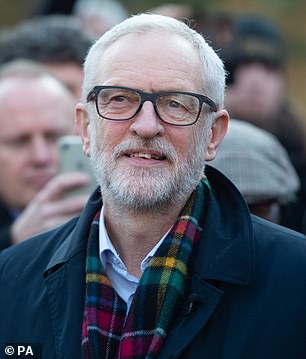 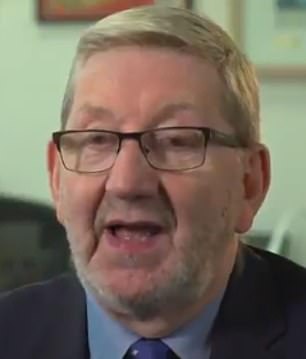 The Unite executive is understood to have voted to reduce affiliation by about 10 per cent yesterday.

And in an interview with the BBC’s Newsnight, Corbyn ally Mr McCluskey warned: ‘I have no doubt if things start to move in different directions and ordinary working people start saying, well, I’m not sure what Labour stands for.

Mr McCluskey was particularly critical of Labour’s payout to whistleblowers over the party’s handling of anti-Semitism under Mr Corbyn.

‘I think funding arrangements is undoubtedly an issue that may come up,’ Mr McCluskey added.

A Unite source told the BBC: ‘Keir and his inner circle are just not listening.

‘There’s a lot of anger from the people who knock on the doors and man the phones. They don’t want to be taken for granted.’

They added that Mr McCluskey was likely to redirect the money to left-wing grassroots organisations, as he believes a socialist programme is ‘vital to produce a Labour victory in 2024’.