A HELICOPTER crashed on the roof of an LA hospital and the heart it was carrying was transplanted despite being dropped on the ground by a medic.

The AgustaWestland AW109 medical helicopter was caught on video spinning out of control before dramatically veering toward the roof’s edge and crash landing on its side. 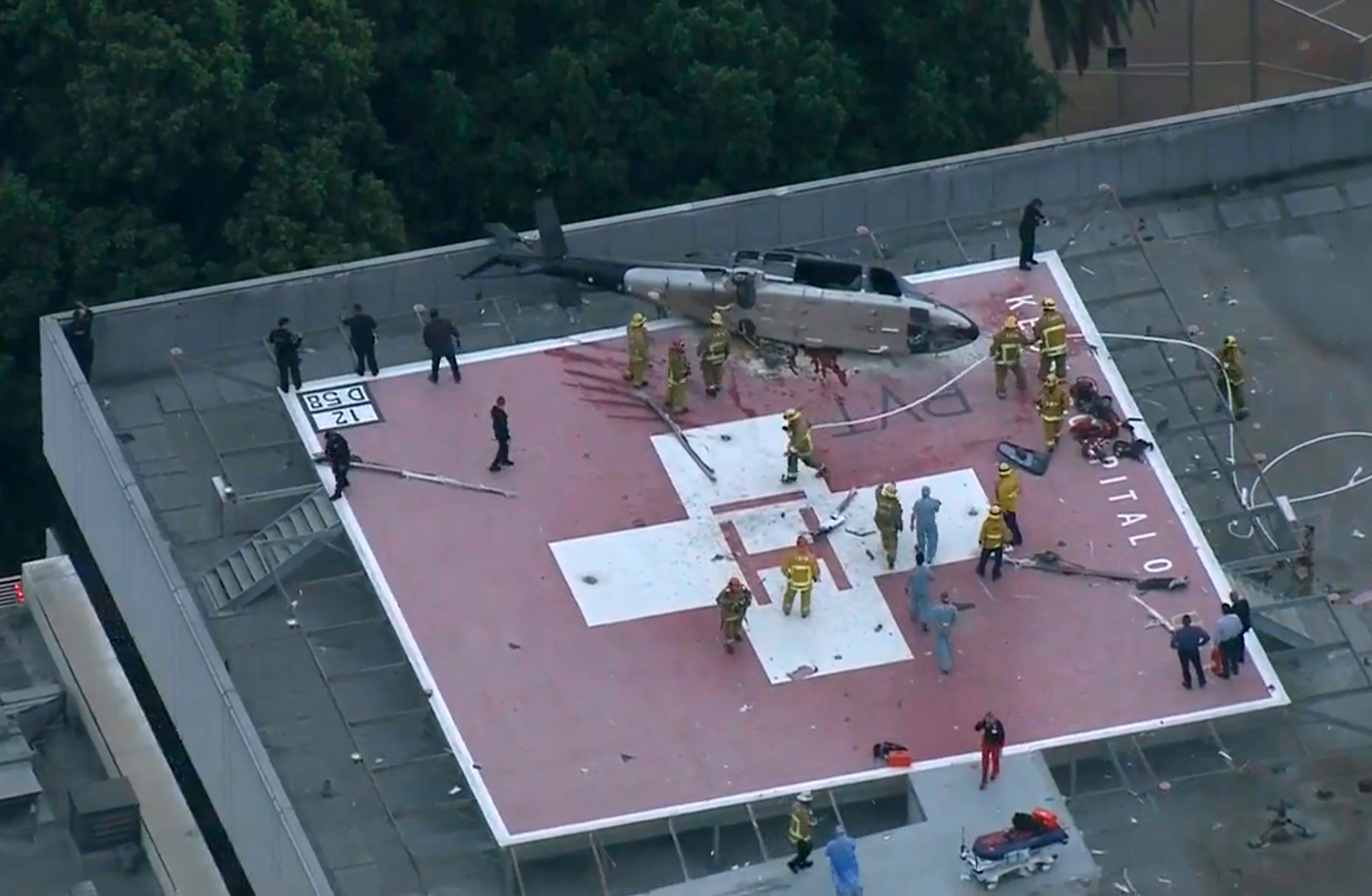 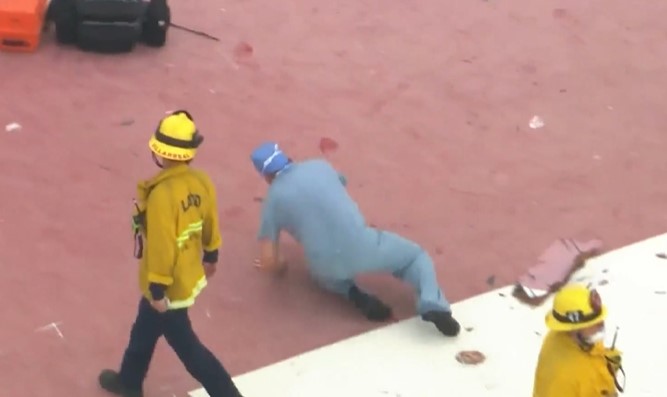 The helicopter ambulance was set to on a helipad on the roof of Keck Hospital around 3:15 p.m. on Friday, when the horrific incident happened.

Firefighters with the Los Angeles Fire Department retrieved the donated heart from the helicopter and handed it over to hospital staff, officials with the department said in a news release.

The doctor turned to run inside with the heart but tripped debris from the crash and dropped the heart, Daily Mail reported, and it was later successfully transplanted into its recipient.

The pilot of the helicopter suffered minor injuries and received medical attention, the LAFD said in its release. There were two other passengers on board who did not report any injuries. 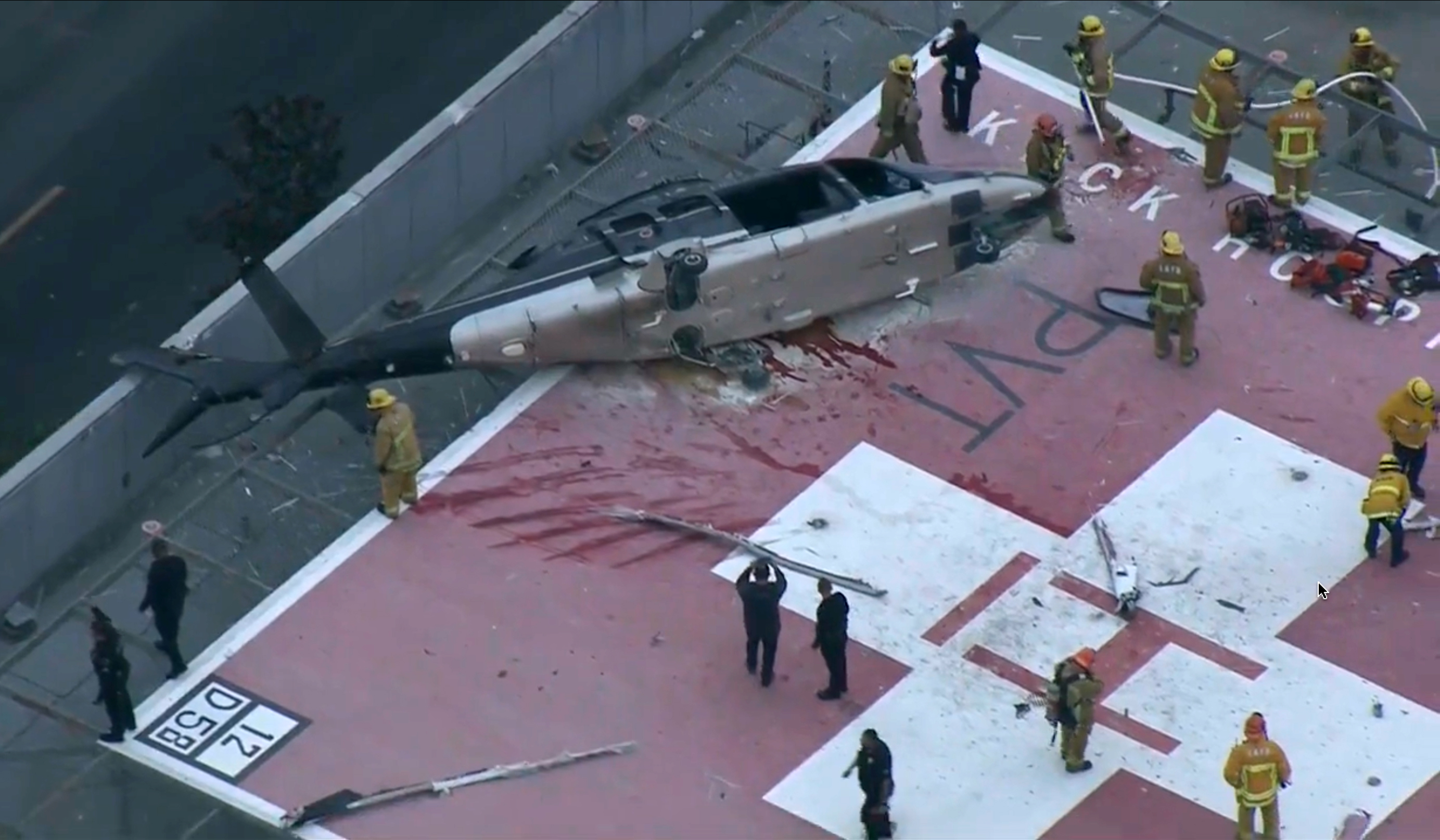 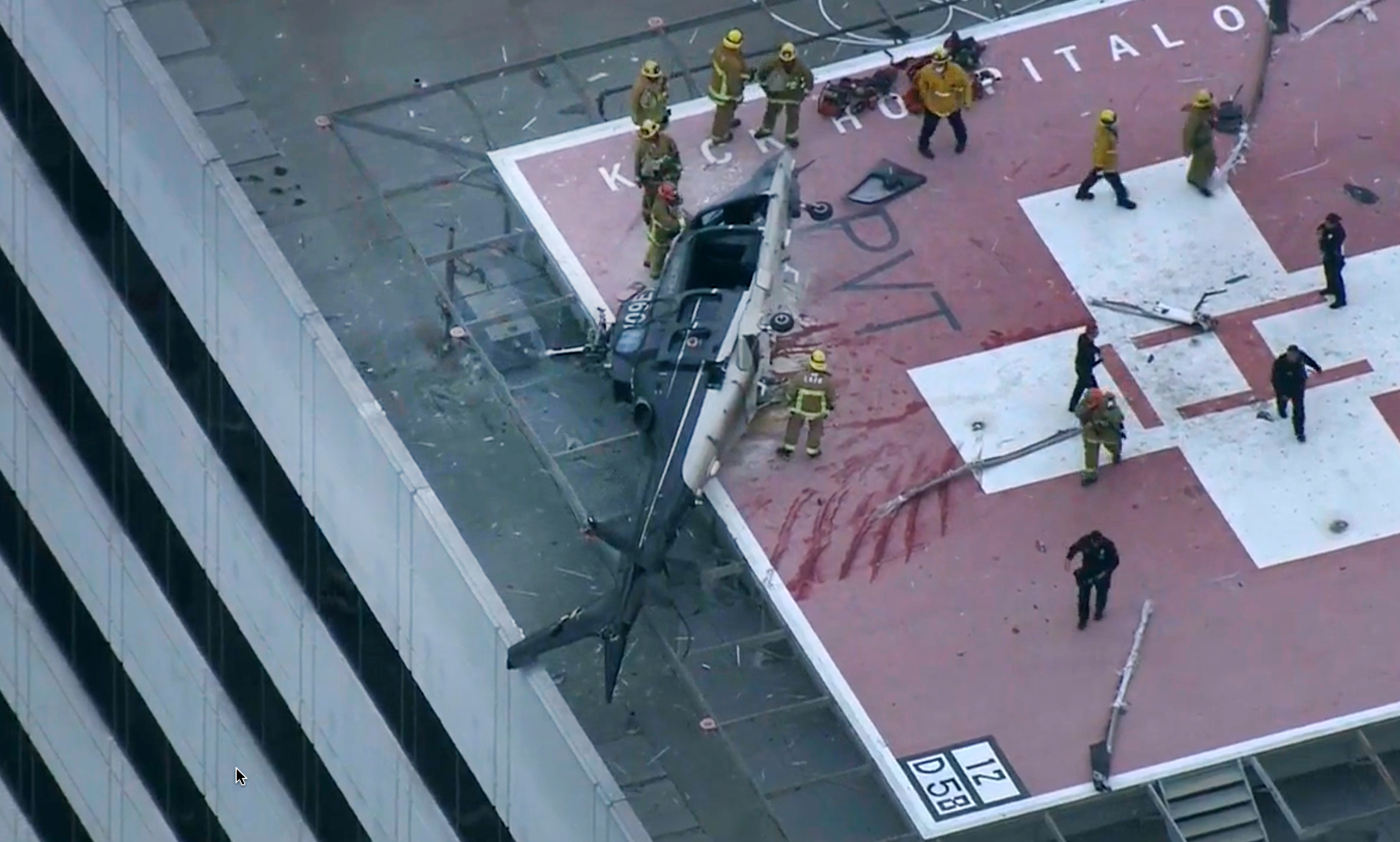 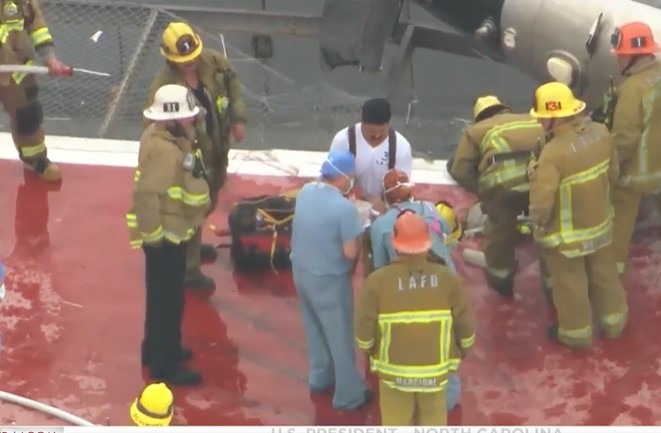 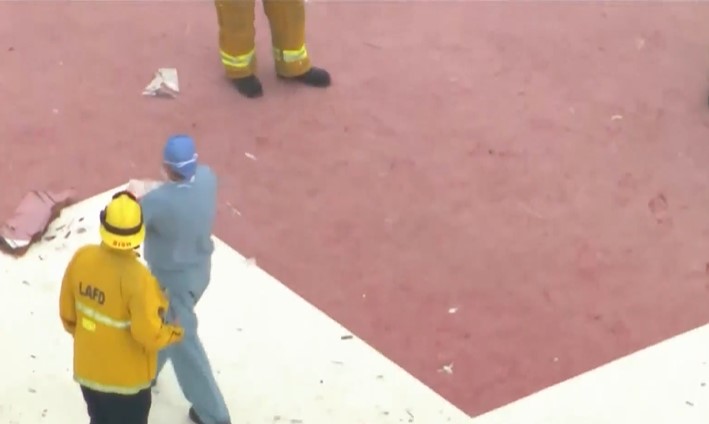 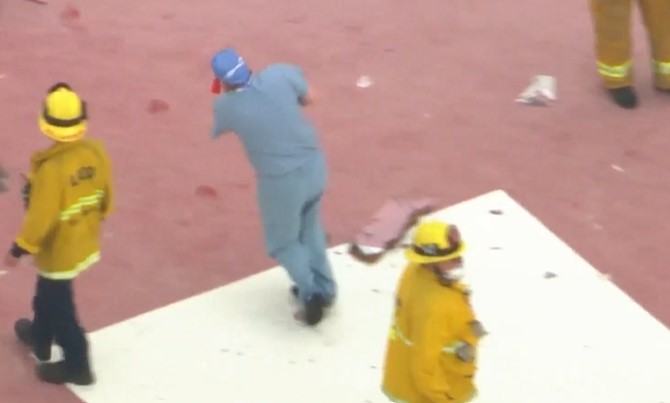 Witnesses reportedly scrambled from the debris as it fell from the sky, KTLA-TV reported.

Javier Chamorro, 59, told the Los Angeles Times that he was about to do breathing exercises inside the hospital when he heard a loud noise.

“The building shook. I thought it was an earthquake," he told the outlet.

Inside, workers felt a “light, brief jolt,” medical workers told Daily Mail and news footage shows the helicopter without its rotor blades on the helipad.

However, hospital officials told the outlet that nobody inside or near the hospital was injured.

Officials with the FAA and National Transportation Safety Board are investigating what led to the crash.

Sean M. Cross, president of Helinet, told KGTV that the company that provided the helicopter is cooperating with the investigations.

"Our company prides itself on professional operation and maintenance of aircraft as core values – the safety of our customers and pilots is always our top priority," he told KGTV.