A Hezbollah member was today found guilty over the murder of Lebanon’s billionaire Prime Minister Rafic Hariri who died in a suicide attack with 21 other victims in 2005.

Salim Ayyash, 56, was convicted in absentia by the UN-backed tribunal in the Netherlands which has been presiding over the case since 2009.

Ayyash was at the centre of an operation which tracked Mr Hariri’s movements for months before a Mitsubishi truck laden with 2,200 pounds of TNT was driven at the former premier’s motorcade in Beirut.

Judges said there was not enough evidence to convict Assad Sabra, 43, Hussein Oneissi, 46, and Hassan Habib Merhi, 54, over the blast, which changed the face of the Middle East. 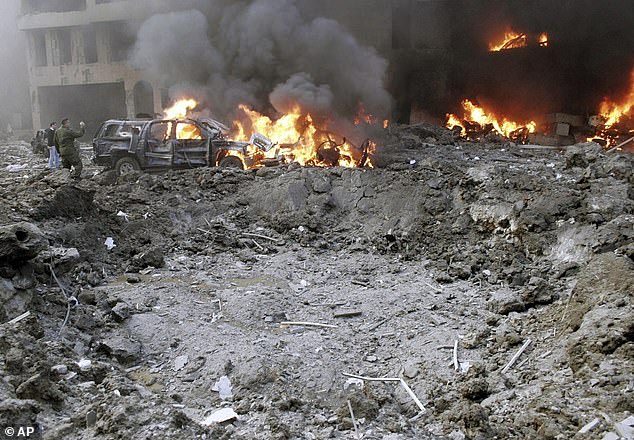 Vehicles burn following a suicide bombing that targeted the motorcade of former Prime Minister Rafik Hariri, killing him and 21 others in Beirut, Lebanon, on Valentine’s Day, 2005 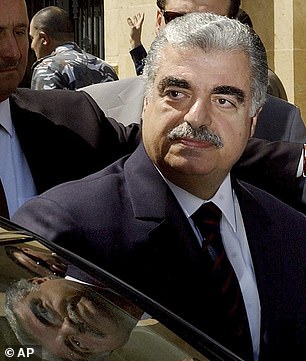 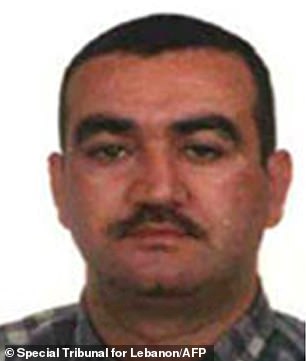 Salim Ayyash, 56, was convicted in absentia by the UN-backed tribunal in the Netherlands which has been presiding over the case since 2009

The judges also said there was no evidence to directly link Syria – the former military overlord in Lebanon – or Hezbollah’s leadership to the attack.

‘The trial chamber finds Mr Ayyash guilty beyond reasonable doubt as a co-perpetrator of the assassination of Rafic Hariri,’ said David Re, presiding judge of the tribunal.

Addressing victims of the attack, the Australian said: ‘We sincerely hope the verdict today will give you some sort of closure.’

Sentencing for Ayyash will be decided at a later date. He faces life imprisonment if he is ever brought before the court.

Hezbollah chief Hassan Nasrallah has refused to hand over the four defendants and rejected the court’s legitimacy.

Hariri’s son Saad, himself a former Lebanese prime minister, was in the heavily secured court for the judgement.

Judges said there was sufficient evidence to show that Ayyash was at the centre of a network of mobile phone users who scoped out Hariri’s movements for months before his assassination.

A still-unidentified suicide bomber driving an explosives-packed Mitsubishi truck blew himself up as Hariri’s motorcade passed on the Beirut waterfront on Valentine’s Day in 2005. 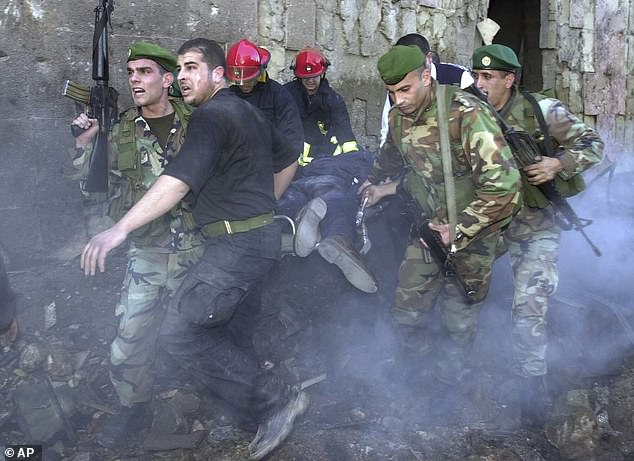 Lebanese army soldiers carry away a wounded man following a massive bomb attack that tore through the motorcade of former Prime Minister Rafik Hariri in Beirut, Lebanon, on February 14, 2005

Prosecutors had said Ayyash was a ringleader of the group, while Oneissi and Sabra allegedly sent a fake video to the Al-Jazeera news channel claiming responsibility on behalf of a made-up group. Merhi was accused of general involvement in the plot.

The judges said evidence also linked phones used in the attack to Hezbollah commander Mustafa Badreddine – who was indicted by the court but is believed to have been killed in the Damascus area in May 2016.

The bombing triggered mass protests that drove Syrian forces out of Lebanon after three decades.

But the court said there was not enough evidence to tie Damascus to the crime.

‘Syria and Hezbollah may have had motives to eliminate Mr Hariri and his political allies, however there is no evidence that the Hezbollah leadership had any involvement in Mr. Hariri’s murder and there is no direct evidence of Syrian involvement,’ Re said.

The hearing opened with a minute’s silence for victims of a separate explosion that devastated Beirut two weeks ago, killing 177 people. The verdicts were initially scheduled for August 7 but postponed because of the blast.

The UN Security Council agreed in 2007 to establish the court billed as the world’s first international tribunal set up to probe terrorist crimes.

It opened its doors in 2009, although the trial itself did not formally start until 2014.

The court has cost at least $600 million to operate.

Prosecutors said during the trial that Hariri was assassinated because he was perceived to be a ‘severe threat’ to Syrian control of the country, allied to Saudi Arabia and the United States.

Hariri was Lebanon’s Sunni premier until his resignation in 2004 over Syria’s role as powerbroker in the country. 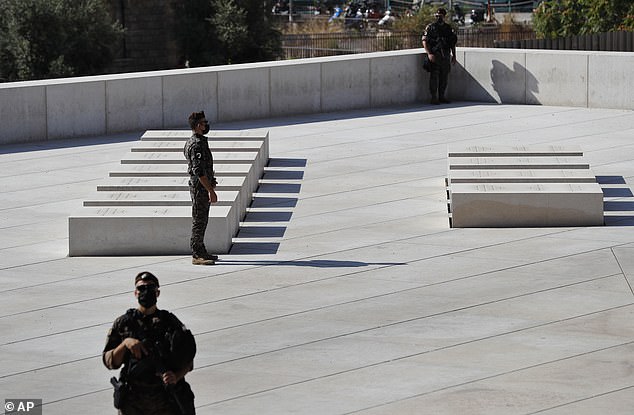 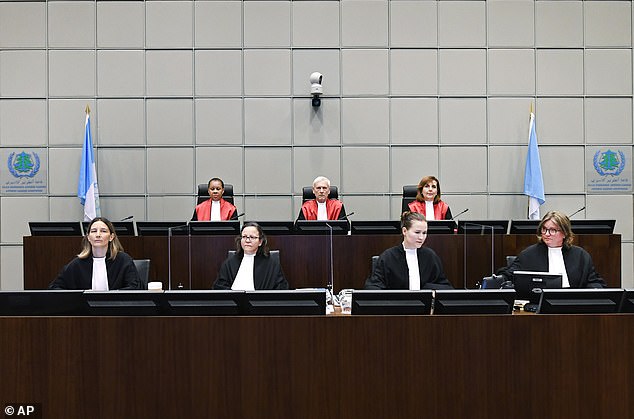 Presiding Judge, Judge David Re, back centre, with Judge Janet Nosworthy, left, and Judge Micheline Braidy, during a session of the United Nations-backed Lebanon Tribunal in Leidschendam, Netherlands on Tuesday

Observers have voiced fears that the verdict, whichever way it goes, could spark violence on the streets in Lebanon when it is announced.

Tuesday’s verdict came as thousands of Beirut residents have expressed anger at the authorities after the blast, triggered by a warehouse fire that set off large amounts of stored ammonium nitrate.