A HUGE brawl erupted following a high school football game after one team brandished a Blue Lives Matter flag while the other knelt during the national anthem.

The fight happened at the end of a crunch playoff game last week between Mitchell High School and Wekiva High School in Florida.

Tensions boiled over when Mitchell players ran out onto the field with a pro-police Blue Lives Matter flag.

Then, the teenagers playing for Wekiva took the knee during the national anthem – a protest which has been adopted by the Black Lives Matter movement.

Wekiva allege that the opposition players hurled racial abuse at them during the game – an accusation Mitchell coach Andrew Schmitz strongly denies, the Orlando Sentinel.

And a second clip shows at least one male who is not wearing a uniform throwing a helmet at Mitchell players.

A player who was accused of using racial slurs was punched after the game, the Sentinel reports.

According to local reports, Wekiva players were blamed for throwing the first punch.

Both schools have been placed on probation until June 2022 while a total of ten players were suspended from athletic activities.

One player, who has not been named, has been banned from competing against other schools for 12 months. 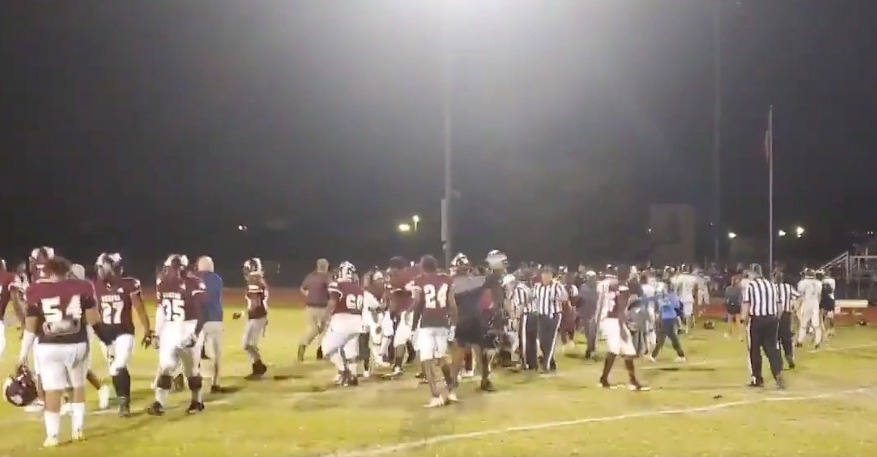 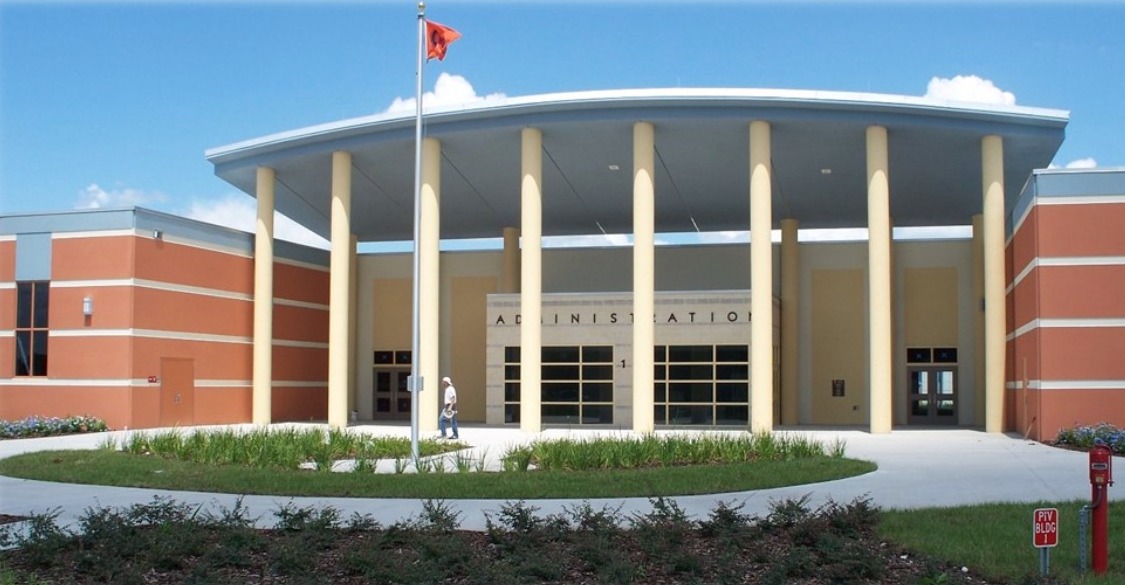 All players have been ordered to take a sportsmanship course.

No criminal complaints were filed by the Orange County Sheriff’s Office, reports the Tampa Bay Times.

Coach Schmitz says his team had been carrying the flag for the last few years as some of the players' parents are police officers.

He told the Times: "It goes back to a team that we had a couple of years ago that had several parents that were police officers.

"So they started running out with it, and then (the tradition) has just kind of gotten passed down.

"I don’t understand how that’s part of the story, but whatever."