Jingle bird! Hilarious moment Peach the lovebird bobs up and down in time to a tambourine

Peach the lovebird has turned heads in his family home after the bird started bobbing his head and jumping up and down to the jingle of a tambourine.

The two-ounce bird was filmed dancing to the instrument in Cottage Grove, Minnesota, and stopped moving as soon as it was put down.

There was no sign of a mate for Peach in the video.

Animal welfare experts say the birds should be kept in pairs because they are ‘very social’. When this is not possible, they say their ‘human flock’ needs to provide the necessary level of social interaction. 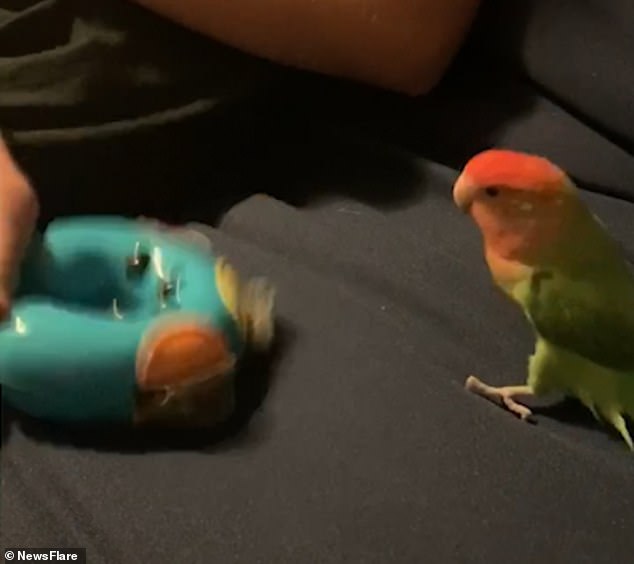 Peach the Lovebird bopped his head and jumped up and down to the sound of the tambourine in Cottage Grove, Minnesota.

The 60-second clip shows Peach leaping up and down excitedly across a bed as it enjoys the music.

Every time the owner stops shaking the tambourine Peach freezes, as though he’s dancing the 2009 hit Cha Cha Slide by DJ Casper.

‘These little birds will chatter all day long,’ they said. ‘They will hide in their nest box if they are startled by a sudden noise, if they spot a potential predator, or if it gets cold and windy.’ 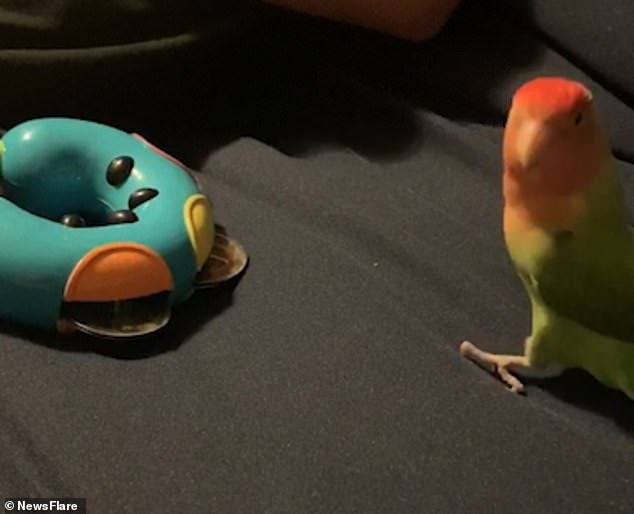 There was no sign of a mate for Peach in the video. Animal welfare experts recommend that Lovebirds should be kept in pairs because they are ‘very social’

It is thought that Peach may be a Fischer’s lovebird, or Agapornis fischeri, that comes from eastern Africa.

The African Lovebird Society says of the species: ‘In the wild, Fischer’s lovebirds are found on the inland plateaus of northern Tanzania.

‘In captivity they breed freely and have been bred in large colonies.’