Homeless man, 55, who was invited in for food by Good Samaritan then demanded ‘make my f***ing meal b***h’ before battering her with frozen ready-meal is jailed for 18 months 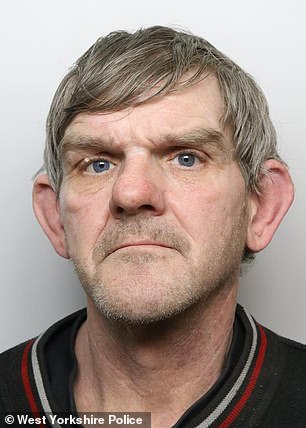 Kevin Cutler (pictured above) was jailed for 18 months

A homeless man has been jailed for 18 months after battering a Good Samaritan with a frozen ready-meal after she invited him in for food at her home in Bradford.

Kevin Cutler demanded that the woman ‘make my f***ing meal b***h’ before grabbing her by the throat.

A woman and her sister had taken pity on the 55-year-old when they found him homeless and cold on the street at 3am in January this year.

However, after being offered a bed for the night and hot food, Cutler turned on his helpers

His victim, was flung onto a sofa and ordered to strip by the brute who grabbed two knives and held one to her throat.

Cutler then threw the frozen meal at her head. She felt dizzy and lost consciousness, Bradford Crown Court heard. 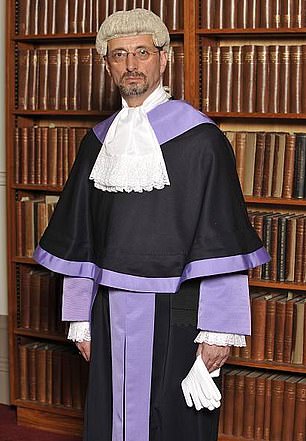 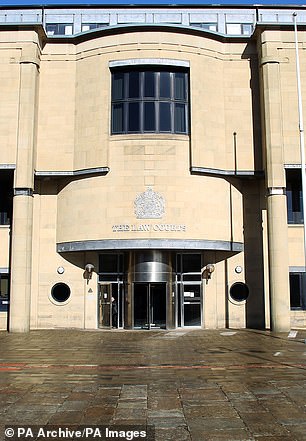 The other sister heard what was going on and dialled 999.

Cutler admitted making a threat to kill, assault and causing £300 damage to the victim’s flat by throwing crockery around.

Jailing him for 18 months, Judge Jonathan Rose said the woman was petrified during the sustained attack at her flat in Keighley on January 20.

‘Her life flashed in front of her eyes when she felt the blade pressed against her face,’ the judge said.

He was also made the subject of a restraining order banning from contacting the woman who said she suffered flashbacks.

Cutler’s solicitor John Bottomley said his client had worked all his life as a landscape gardener and had issues with alcohol dependency.