House of Horrors mom Louise Turpin cries in jail about her 13 children because she misses them, her sister has revealed.

Turpin, 50, and her husband David, 57, are behind bars for their horrific abuse of their children which was discovered when one escaped in 2017.

They had been starving them, tying them to beds and leaving them in locked rooms, soiled in their own waste.

The despicable couple pleaded guilty to 14 counts of torture and other abuse in a California court on Friday and have since received a visit from Louise’s sister, Elizabeth Flores.

Flores told Radar Online after the visit that Louise cried when they discussed the children but ‘didn’t want to admit to anything’ and is in ‘denial’.

‘We talked about the baby. She told me how she would turn 3 in two weeks and she started to cry because she was upset she wouldn’t be there,’ Elizabeth said. 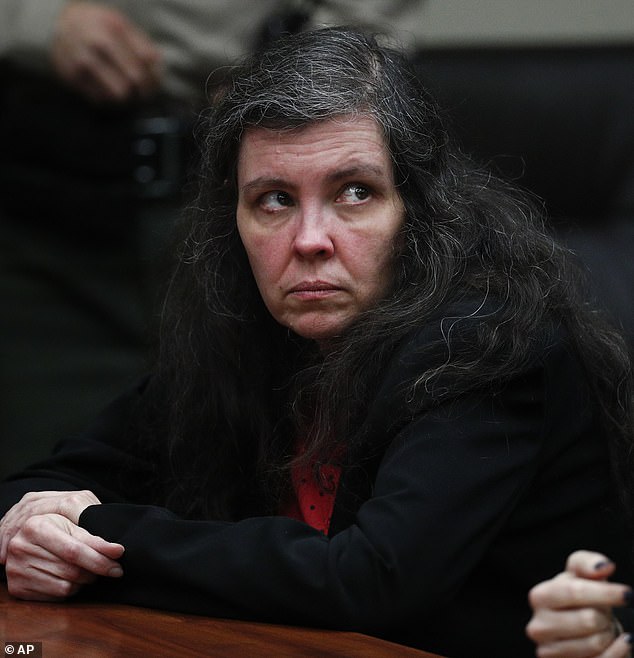 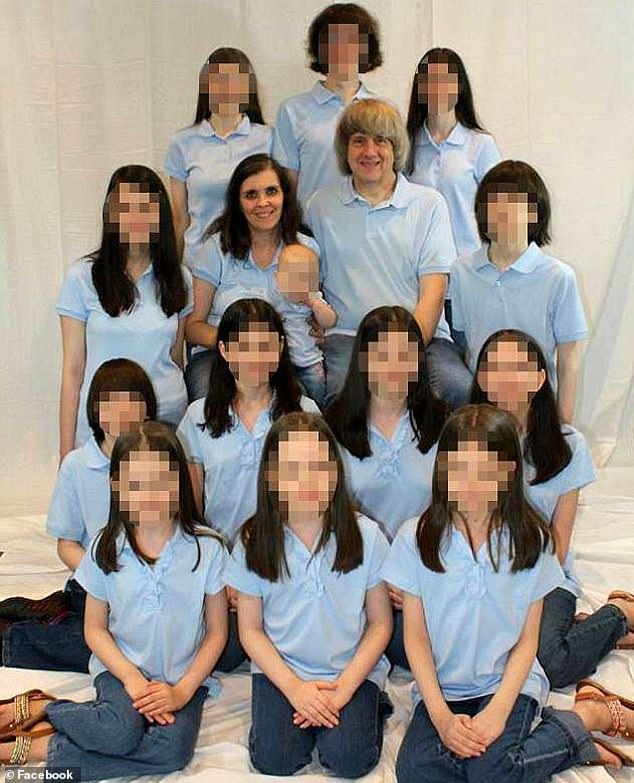 Louise and her husband David are pictured with their 13 children. She is holding the toddler

She would not give any more details for fear that it could harm her sister’s case.

David is hopeful that the children will forgive him.

‘He kept hoping the kids would come visit him in jail,’ Flores said of David’s conversation.

‘He was telling me that no matter what happened with him, he hoped that he still had a relationship with his kids.

‘That’s what he kept worrying about.’

David appeared stoic as he pleaded guilty, but Louise’s face reddened and she began crying and dabbed her eyes with a tissue during the hearing.

Riverside County District Attorney Mike Hestrin says the couple will be sentenced to 25 years-to-life in prison.

Hestrin said the guilty pleas were important to protect the children from having to testify.

‘The defendants ruined lives so I think it’s just and fair that the sentence be equivalent to first-degree murder,’ Hestrin said. 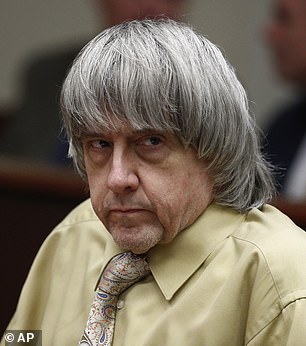 The Turpins had led a mostly solitary, but seemingly unremarkable life until the teenager jumped from a window and called for help in 2018.

David had worked as an engineer for both Lockheed Martin and Northrop Grumman, while his wife Louise was listed as a housewife in a 2011 bankruptcy filing.

The couple were arrested in January 2018 after their 17-year-old daughter escaped from the home, in the Californian city of Perris, and called 911.

The children, who ranged in age from 2 to 29 at the time, were severely underweight, had stunted growth and hadn’t bathed for months. They described being beaten, starved and put in cages.

The family led a nocturnal existence, which kept them largely out of sight from neighbors in a middle-class subdivision.

In a recording of the 911 call, the girl who escaped said two younger sisters and a brother were chained to beds and she couldn’t take it.

‘They will wake up at night and they will start crying and they wanted me to call somebody,’ she said in a high-pitched voice. ‘I wanted to call y’all so y’all can help my sisters.’

Police who responded discovered a house of horrors. 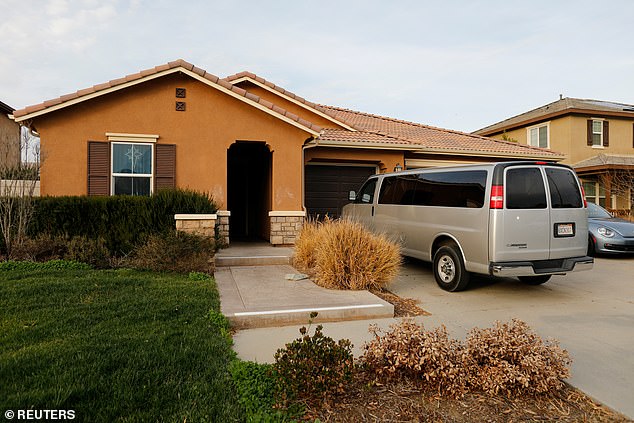 The family led a nocturnal existence, which kept them largely out of sight from neighbors in a middle-class subdivision. The couple were arrested in January 2018 after their 17-year-old daughter escaped from the home and called 911

Two girls had been hastily released from their chains but a 22-year-old son remained shackled. The brother told police he and his siblings had been suspected of stealing food and being disrespectful.

The intervention marked a new start for the children who lived in such isolation that the teen who called for help didn’t know her address.

Although the parents filed reports with the state that they home-schooled their children, the oldest child only completed the third grade. Some children suffered from severe malnutrition, stunted growth and muscle wasting, including an 11-year-old girl who had arms the size of an infant.

Children were deprived of food and things other children take for granted, such as toys and games, and allowed to do little except write in journals, authorities said.

The kids were rarely allowed outside but went out on Halloween and traveled as a family to Disneyland and Las Vegas. They spent most of their time locked in their rooms except for limited meals or using the bathroom.

All the children were hospitalized immediately after they were discovered and have not spoken publicly. Riverside County authorities then obtained temporary conservatorship over the adults. 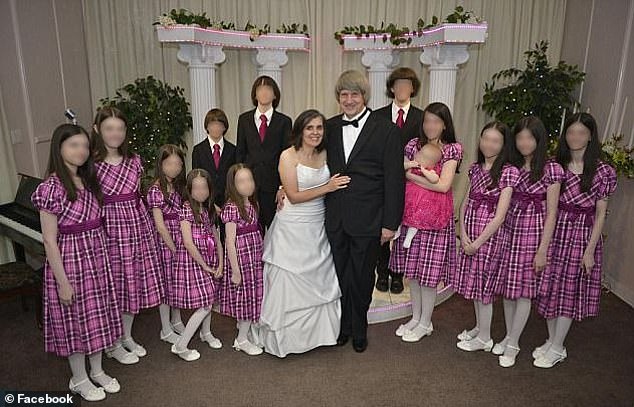 The Turpins had led a mostly solitary, but seemingly unremarkable life until the teenager jumped from a window and called for help in 2018

The social services agency tasked with overseeing the younger children declined to comment on their cases.

The adult children are all living together, attending school and getting healthy while leading lives similar to their peers, said Jack Osborn, an attorney who represents the seven adult children. He said they value their privacy.

‘They are relieved they can now move forward with their lives and not have the specter of a trial hanging over their heads and all the stress that would have caused,’ Osborn said.

The guilty pleas could help with the challenges the children face, especially since many abuse survivors struggle with feelings of self-doubt, said Jessica Borelli, a clinical psychologist and professor at University of California, Irvine.

‘It is a pretty clear affirmation of how they were mistreated,’ Borelli said. ‘If there is any part of them that needs validation that how they were treated was wrong and was abuse, this is it.’

The guilty pleas were important to spare the children from testifying, though they will be allowed to speak at the sentencing if they choose, said Hestrin, who was impressed with their resiliency.

‘I was very taken by their optimism, by their hope for the future,’ Hestrin said. ‘They have a zest for life and huge smiles and I am optimistic for them and I think that’s how they feel about their future.’