New Zealand has recorded 14 new coronavirus cases as the nation braces for a second wave of infections.

Of the new cases, 13 have been linked to the Auckland cluster which plunged the nation back into lockdown. Just one is a returned traveller in hotel quarantine.

There are now 36 active cases in the country – a massive spike for the nation as it had just celebrated 102 days without a single case through community transmission.

Prime Minister Jacinda Ardern made the drastic move to force New Zealand back into lockdown on Wednesday after the first new COVID-19 cases emerged.

All the 13 new cases are in Auckland and all are linked to the four initial new community cases.

Three of them are staff members at the warehouse facility where one of the original patients worked, taking the workplace cluster to four. 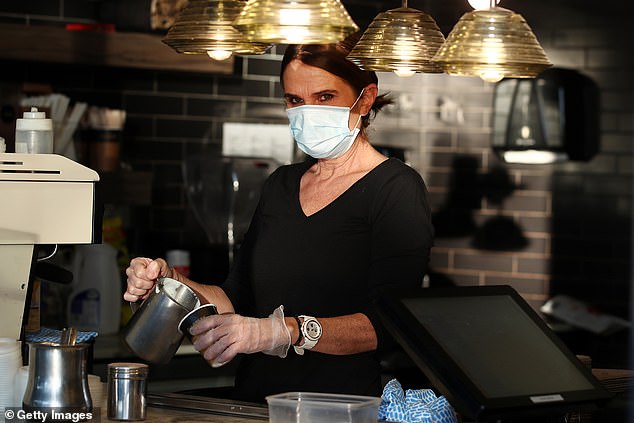 Prime Minister Jacinda Ardern made the drastic move to force the country back into lockdown (pictured, a barista in Auckland wearing a face mask on Thursday) 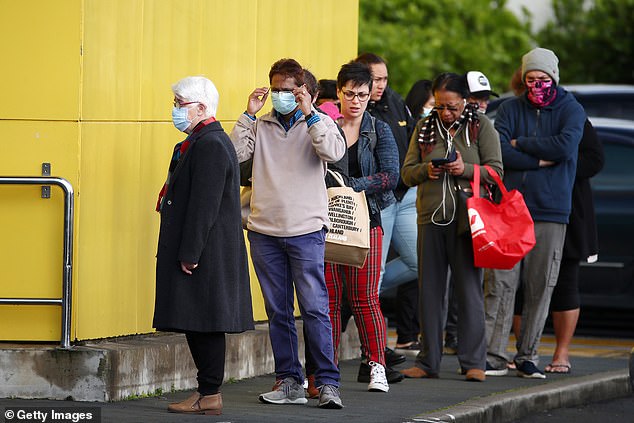 People queue outside a supermarket in Henderson, Auckland, on Wednesday after restrictions were reintroduced (pictured)

‘It’s not good. There’s a lot of anxiety and concern.’

Health experts are still trying to figure out how the cluster began after the country had gone 102 days without a single case of community transmission and it seemed the country had eliminated the virus.

They are using genome sequencing – looking at the genetic material, or DNA, of an organism – to track the source of the infection.

The cold storage facility where one of the new patients worked is set to undergo testing for COVID-19 amid fears the virus survived on refrigerated freight sent from overseas and then spread to staff.

One of China’s top epidemiologists Wu Xunyou warned the virus could survive up to three months on frozen food packaging, adding credence to the theory about New Zealand’s new cases. 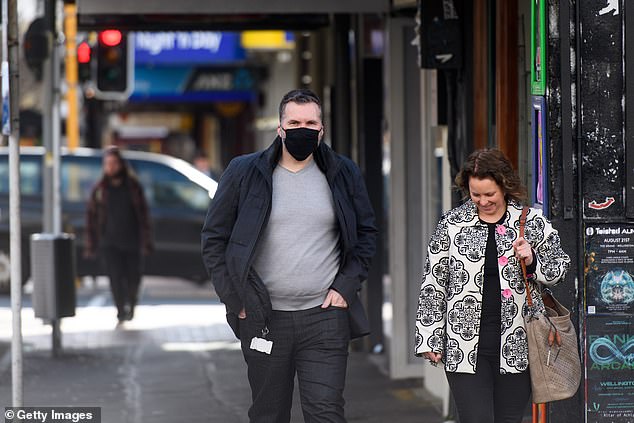 A couple is seen walking along Cuba Street, in Wellington on Thursday

He issued the warning in June, after the virus was transmitted on chopping boards used for imported salmon.

‘We do know from studies overseas that, actually, the virus can survive in some refrigerated environments for quite some time,’ director general of health Ashley Bloomfield said on Wednesday.

‘We start by looking at all the options and ruling then out, and that’s the position we’re in at the moment.’

Testing has not shown the virus can survive on the frozen food itself.

The race is on to track the source as the number of cases continues to grow, with a student at Mt Albert Grammar School testing positive for the disease on Thursday.

The government has been scrambling to control the outbreak, they are rushing to test about 50,000 people by the end of the week to stop the virus from spreading further throughout the community.

On Thursday Ms Ardern said this was a reminder that this virus was tricky and can spread easily.

‘We have a plan, we have acted quickly and now we’ll continue to roll out that plan,’ she said.

‘Things will get worse before they get better.’

Auckland, the city with the largest population, was placed under Stage Three lockdown on Wednesday while testing got under way. 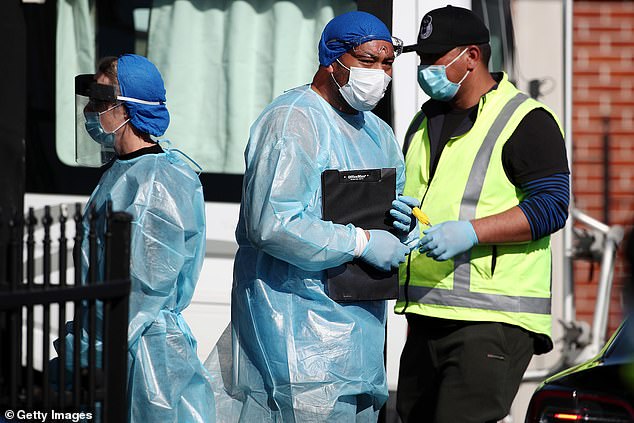 Nurses prepare to test people at a Covid-19 testing facility in Eden Terrace, Auckland on Thursday 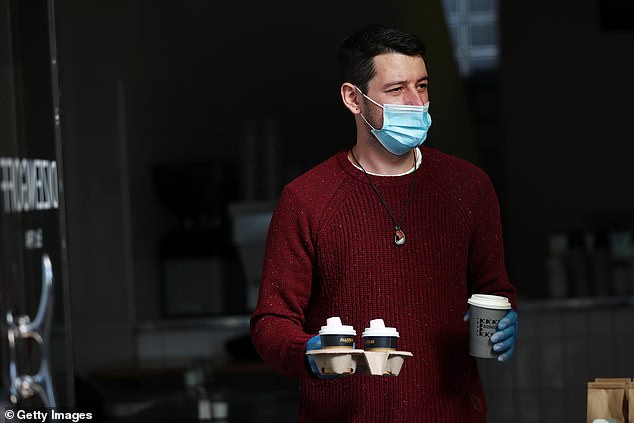 A waiter wearing a mask delivers takeaway coffee to customers waiting outside Dizengoff cafe in Ponsonby, Auckland on Thursday

The move has forced families to stay-at-home for 72 hours.

The rest of the country was placed under Stage Two restrictions – mandating social distancing and limits on the size of gatherings.

All aged care facilities will close their doors to everyone but staff from Wednesday to keep those residents safe.

‘This is tough for people, but it’s necessary. We need to protect the most vulnerable,’ Ms Ardern said.

Ms Ardern also urged residents in Auckland to wear a mask or face covering when out in public.

‘If you are in Auckland, please cover your face if you leave home – masks or a bandanna is fine,’ she said. 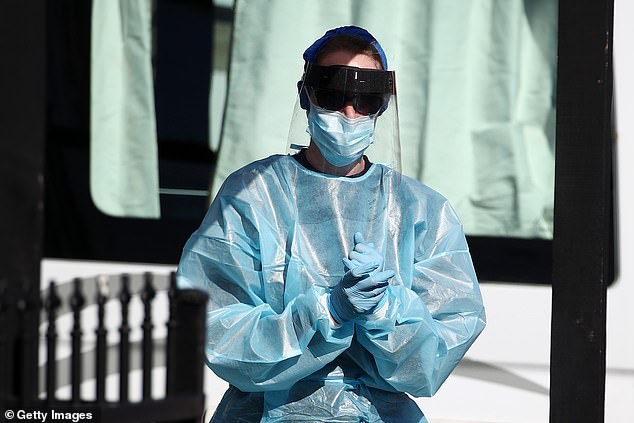 A nurse prepares to test people at a Covid-19 testing facility in Eden Terrace, Auckland, on Thursday 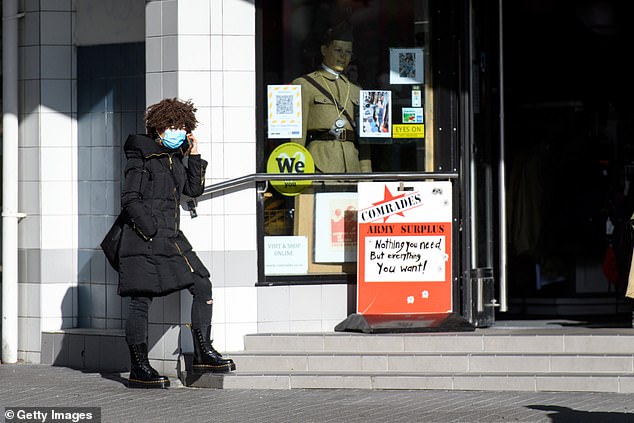 The new outbreak has baffled authorities who were certain the country had eliminated the virus.

Residents in Rotorua, 230km south of Auckland, have been told to remain on high alert after a woman in her 20s who tested positive as part of the family cluster visited the city for a holiday earlier this month.

She stayed at the Waiora Hotel from Aug 8-11 and visited the Skyline Gondola Luge on August 8.

Ms Ardern said those required to stay home will be notified through their employers, contact tracing or an announcement via a public platform. 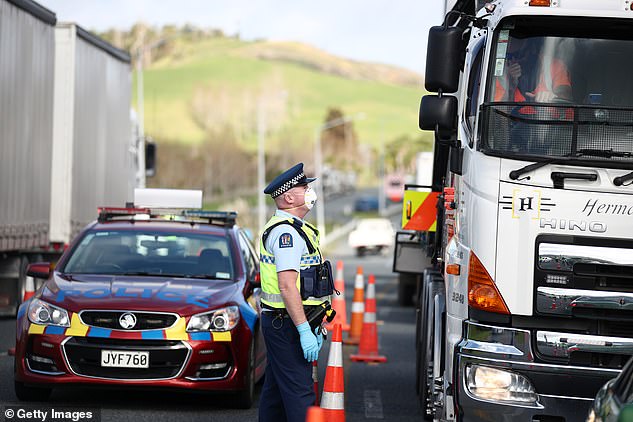 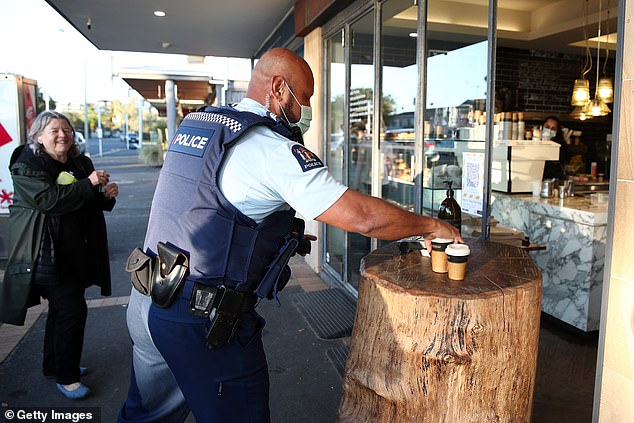 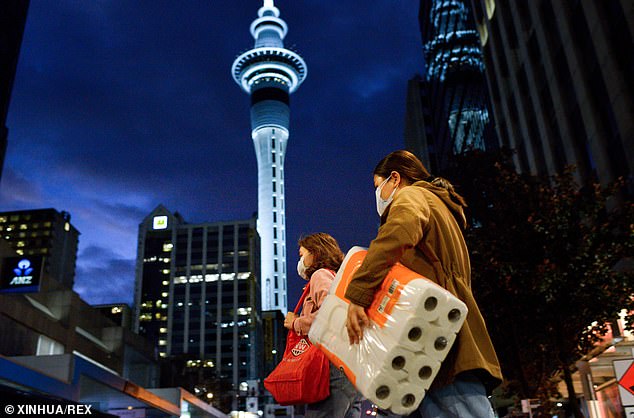 Businesses and services have also been ordered to place a QR code for the COVID tracer app prominently at all entrance points within the next week.

The nation had been the envy of the world for its handling of the COVID-19 crisis, with Monday marking 101 days without a single case of community transmission.

New Zealanders had been enjoying the return of their usual freedoms after an autumn lockdown proved effective in eliminating the deadly virus.

On Tuesday night, they were told those freedoms would be put on hold.

Psychologist Jacqui Maguire said Kiwis would be experiencing a range of emotions, including ‘anxiety, fear, anger and disappointment’.

‘Take that disappointment and use it as motivation to stick to the rules,’ she said.

‘Turning away from or suppressing your emotional reactions will only intensify them.

‘Hold compassion and kindness for yourself and others as you adjust, reach out and offer support to those around you.

‘Take one day at a time, practise your wellbeing strategies and hold the hope that we will get through this together.’

The Prime Minister announced during a press conference on Wednesday morning that the main weapon in her government’s response would be testing. 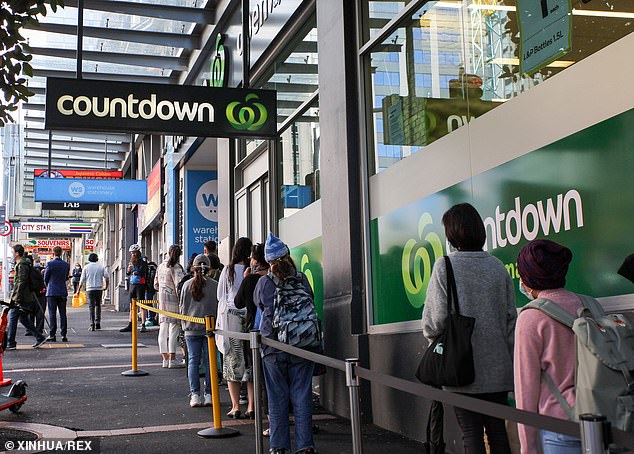 People line up in front of a supermarket in downtown Auckland, New Zealand as lockdown began (pictured on Thursday) 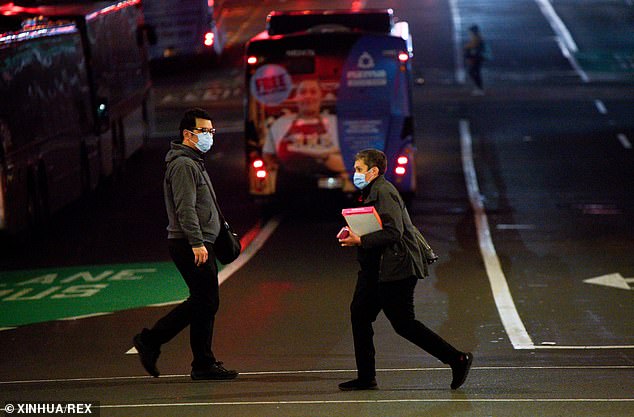 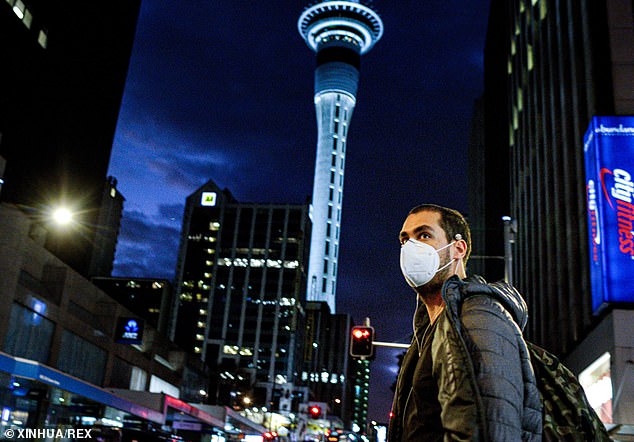 A man wearing a face mask is seen in downtown Auckland, New Zealand on Wednesday (pictured)

‘We are taking a rapid response to break the chain of transmission through contact tracing, testing and the gathering of information,’ she told reporters.

Dr Bloomfield said action needed to be swift to avoid a horror second outbreak being witnessed in other countries around the world.

‘So, we have seen in other countries, and jurisdictions, like in Victoria, in Hong Kong and in Vietnam, where a resurgence occurs that it is incredibly important to act early.’

* Four members of a south Auckland family have tested positive to COVID-19.

* The ‘index case’ is a person in their 50s who has been symptomatic for five days and has no overseas travel history.

* A student at Auckland’s Mount Albert Grammar School has tested positive for COVID-19.

* Health authorities are awaiting the test results for another four ‘probable’ cases of coronavirus – three adults and a teenager – linked to a family cluster.

* Health officials are moving to isolate and test contacts of the family, including two Auckland workplaces.

* Auckland returns to a ‘level three’ lockdown from noon on Wednesday until midnight on Friday. Aucklanders are being asked to stay home except for essential work or essential needs.

* The rest of New Zealand returns to ‘level two’ for the same timeframe, with caps on gatherings and the return of social distancing.

* These measures have been enacted to buy health officials time time to test and isolate contacts, and to locate the source of the outbreak.

* Every worker at NZ’s border regime and managed isolation facility will also be tested in the next few days.