Rise of the anti-maskers: How protests against face coverings are gathering pace across Britain as activists linked to Jeremy Corbyn’s brother Piers use social media to spread ‘resist the new world order’ message

Anti-mask protests railing against the coronavirus-preventing coverings are increasing throughout the UK – fuelled by campaigners spreading their message to thousands online.

StandUp X – the group who stormed a London Morrison’s yesterday to berate masked shoppers – is the fastest growing and is linked to former Labour leader Jeremy Corbyn’s brother Piers.

The protest movement has at least 16,000 people reading its posts and messages and has a Facebook page where anti-mask comments and conspiracy theories on 5G are aired.

It has already publicised further protests this weekend in Liverpool, London and Hull and have revelled in delight at publicity over their previous campaigns.

The group’s most prominent figures appear to be Igs Salz – who previously announced he would be running for Mayor, a lady called Cassie Sunsine and of course Piers Corbyn. 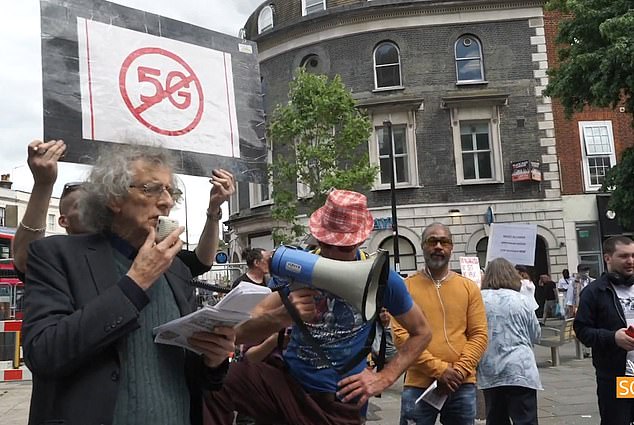 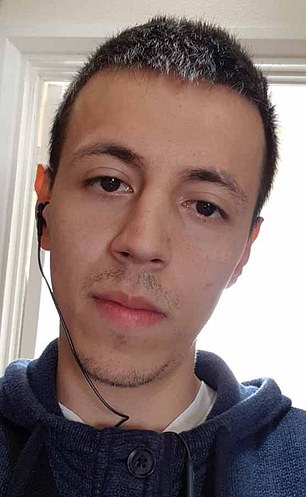 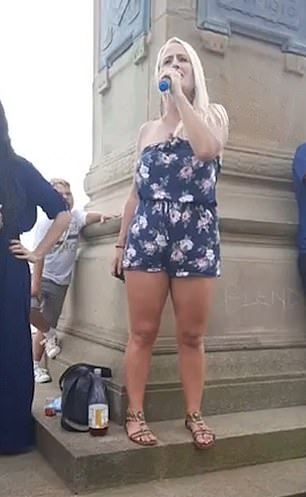 The group’s other most prominent figures appear to be Igs Salz – who previously announced he would be running for Mayor, and a lady called Cassie Sunsine

Corbyn is proudly tagged into a number of their posts and even features in one of their publicity videos.

StandUp X’s activities also show little sign of running out of funding with a drive for cash already amassing some £2,200 from donors in just a few days.

Worryingly for the government trying to promote the wearing of masks, the protest group’s public Facebook page shows it is converting other people to its views and cause.

One mother called Gemma Munro told them: ‘I really want to thank this group for giving me the strength and courage to stop wearing that stupid mask!

‘I really struggled with the fear of someone asking me where my mask was – well now I don’t!

‘I got my nails done without wearing one, I’ve been into the shops and I’ve sent my boy to his drum lesson not wearing one. Thank you! Together we stand!!!’

Another account called Julija Brett posted just one day ago: Hi guys! Been in the supermarket today for the first time not wearing a mask. Most people were apart from a few.

‘No one said anything to me though people were staring sometimes. I was just walking in the shop with confidence and if anyone questioned I’d say I don’t feel comfortable wearing it and it causes panic attacks and anxiety which is true actually.’

The group has posted videos featuring Mr Salz, Mr Corbyn and Ms ‘Sunshine’ on its page. 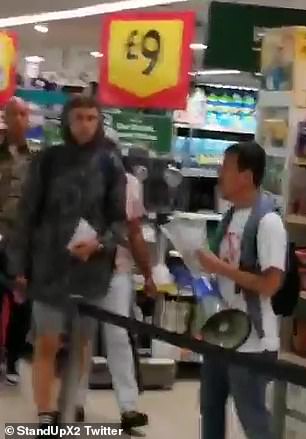 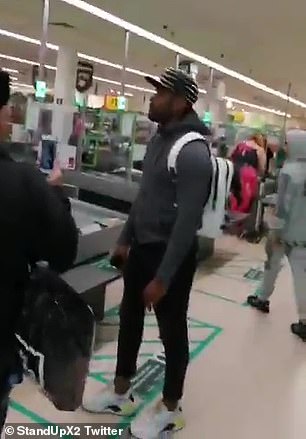 Members of group StandUp X walked into the supermarket in Peckham, south London yesterday, to lecture people on wearing masks 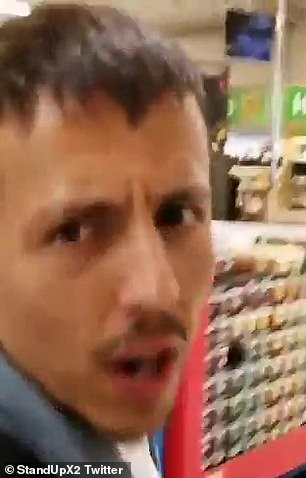 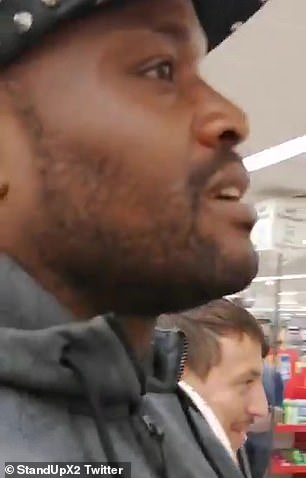 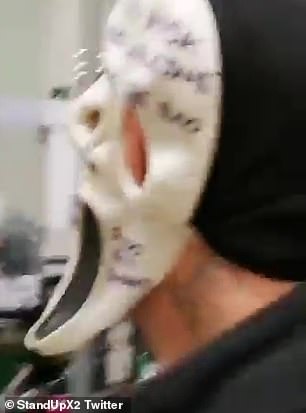 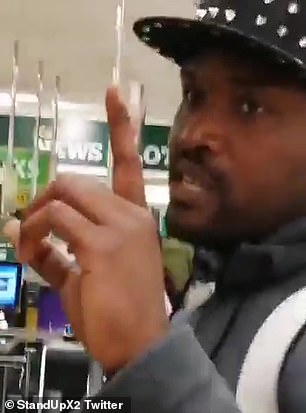 Bizarrely for an anti-mask protest, one campaigner was seen wearing one on his face, similar to the type in the Scream films 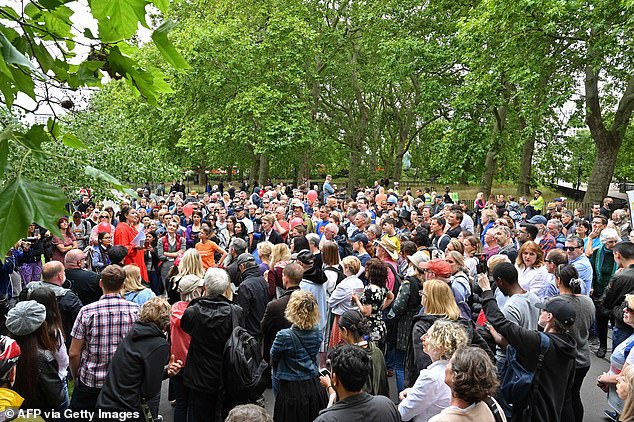 She posted on Facebook a thank-you to the StandUp X group, after delivering a speech that started with knickers being worn as a mask on her face in Brighton.

She said to the assembled group: ‘People in power are a bunch of jokers. They have decided just now that we need to wear a face covering, not a face mask. This isn’t about safety folks’.

A StandUp X video showing one protest in July tagged in Piers Corbyn and showed him at a rally decrying safety measures designed to save lives during the pandemic.

He is seen telling another protester to point the megaphone towards the crowd as he declares: ‘In Autumn they have said clearly they are going to have a second lockdown.

‘A second lockdown and it will be based on lies. They will make up stories about people being ill from a so-called virus.

‘We have to be ready that the next lockdown will be based on bigger lies than this one.

‘They say save the NHS, save lives. In fact the NHS is losing lives, their propaganda is lies.’

StandUp X: The ‘community of struggle against the New Normal’

A newly-formed group designed to oppose many of the government’s rules and restrictions to try and prevent the spread of Covid-19, StandUp X describes itself as a ‘community of struggle against the New Normal’.

It has already held a series of marches and says it invites anyone ‘questioning the mainstream narrative’ to join in its ‘peaceful rallies’.

On its website, StandUp X says it does not consent to the ‘illegal and disproportionate measures’ and argues that Britain is ‘living in a state of authoritarian control’.

Social distancing measures, the wearing of masks, the enforcement of lockdowns and ‘Covid Ghettos’ are among the rules and regulations StandUp X opposes.

It also wants to take a stand against vaccinations, claiming they ‘violate the principles of the Nuremberg Code’ – a set of research ethics principles for human experimentation created as a result of the Nuremberg trials at the end of the Second World War.

The code states: ‘Any preventive, diagnostic and therapeutic medical intervention is only to be carried out with the prior, free and informed consent of the person concerned.’

The group also opposes track and trace methods, describing it as a ‘digital Gestapo’ and a violation of personal privacy., while it claims the rollout of 5G technology is ‘lethal to privacy as well as health’.