INCREDIBLE pictures show an epic battle in which 29-foot-long anaconda a crocodile in a fight to the death.

A green anaconda attacked the six-foot long caiman, in Pantanal, Brazil after finding it in the swamps of tropical wetland and the reptile later died. 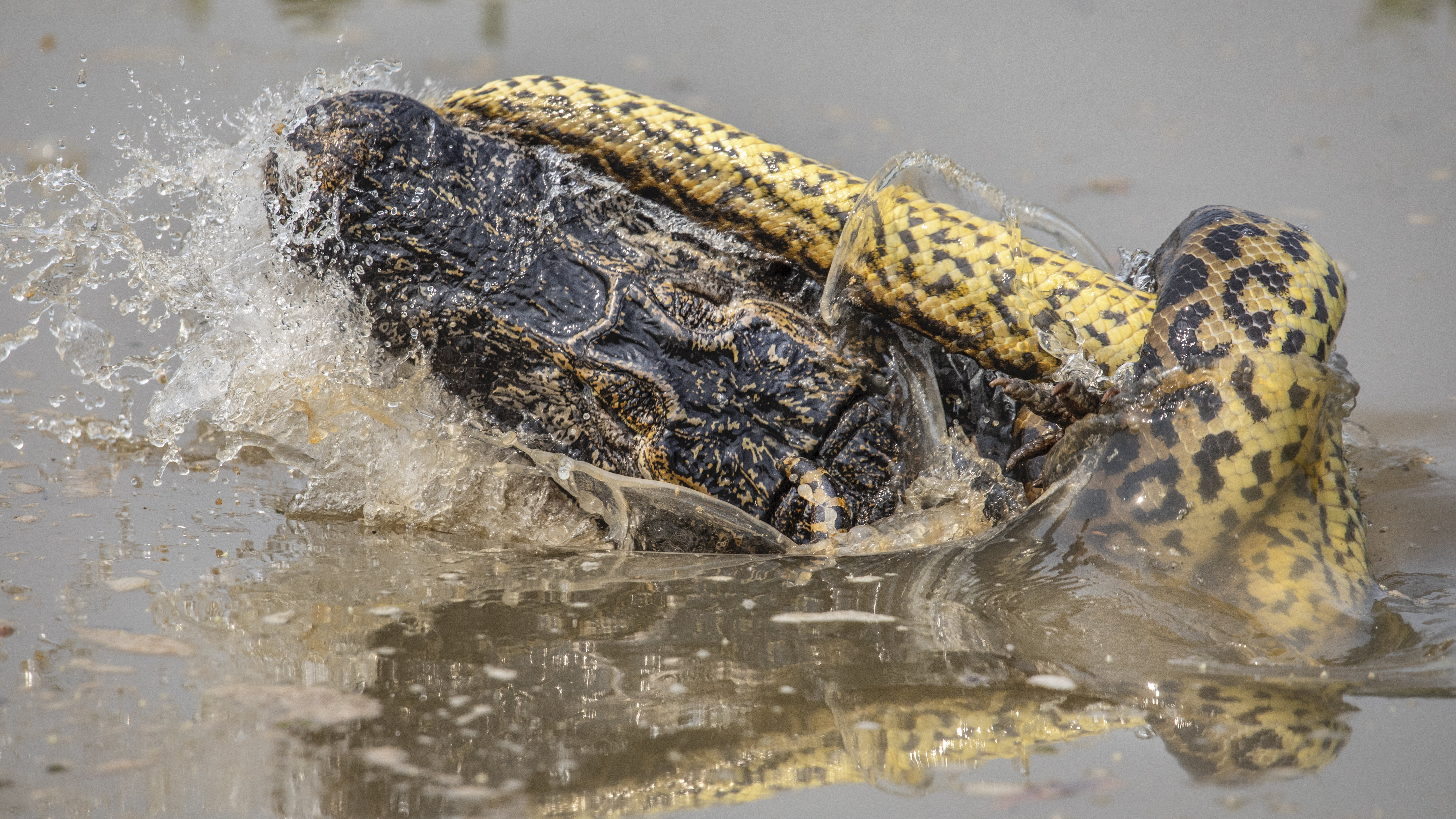 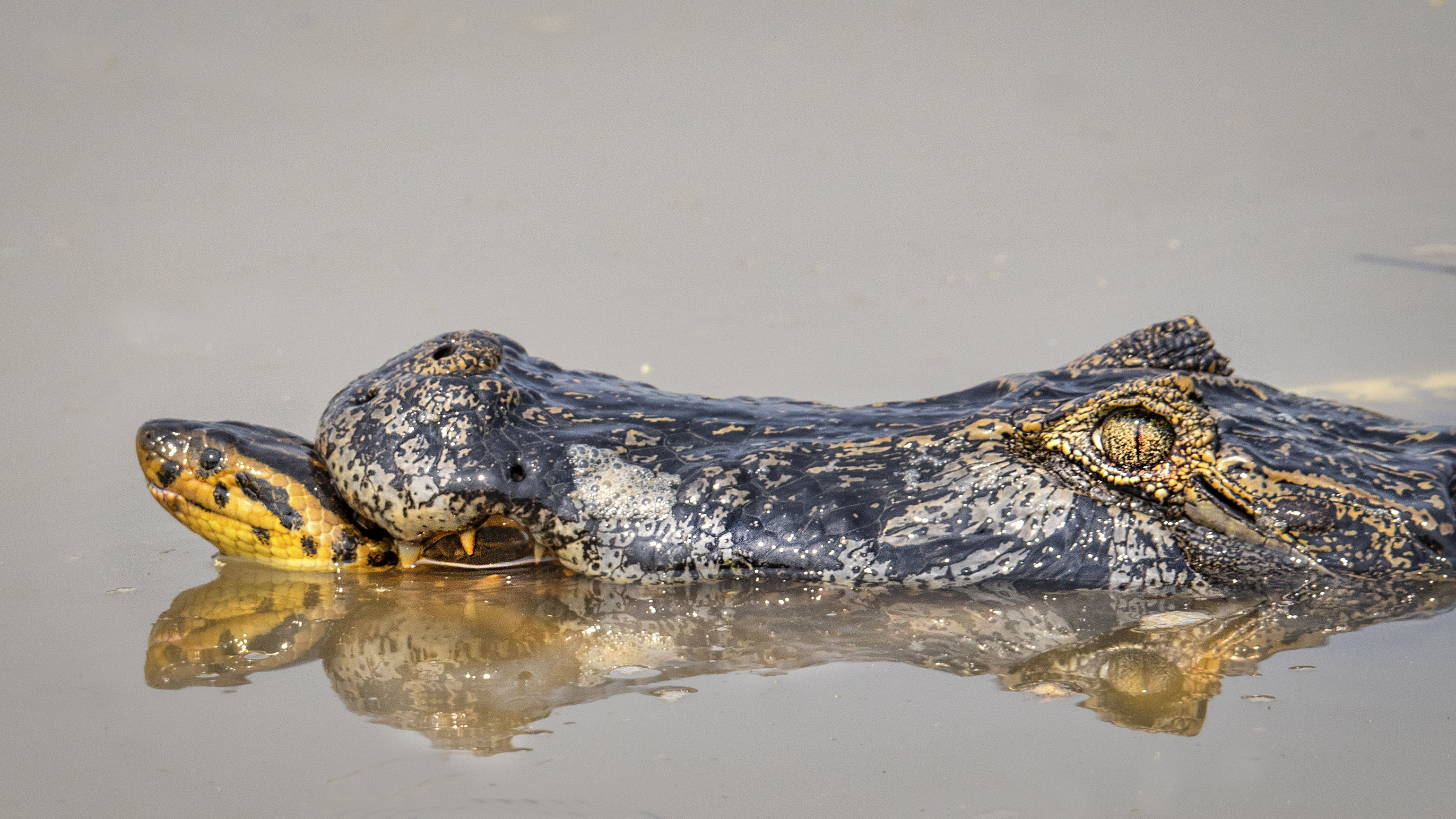 The anaconda can be seen wrapping itself around the member of the crocodile family trying to suffocate the caiman.

Wildlife photographer Kevin Dooley, 58, was "lucky enough" to capture this extremely intense moment and says he has "never captured anything like this before".

Kevin, from Albuquerque, New Mexico, US said: "I was sitting in a boat having our lunch when this happened. I couldn't believe it all.

"I heard all of this splashing, and when I looked I could see the caiman was suffering. The anaconda just kept strangling the caiman. It had even broken all of the caiman’s legs."

The wildlife photographer said he was sitting around 30ft away from the animals eating his lunch when he "turned to the right and witnessed an amazing sight".

FIGHT TO THE DEATH

He added: "It all happened in around eight minutes I think eventually the anaconda ran out of oxygen and had to let go of the caiman. And at that point, the caiman then bit into the snake.

"But the snake managed to get away and slither out, I think eventually the caiman died."

Kevin said this was a rare occasion in his photography career and thinks he will "be waiting a long time to see this happen again."

He added: "I felt very blessed and very lucky and somewhat sad for the caiman. I never thought in my life I would witness something like this."

While the poor Caiman came off worst, a puppy managed to escape from the clutches of an anaconda – thanks to some fearless villagers.

The "doomed" mutt had already been dragged into the water by the 15ft-long snake when locals saved the day after battering the reptile with a massive pole. 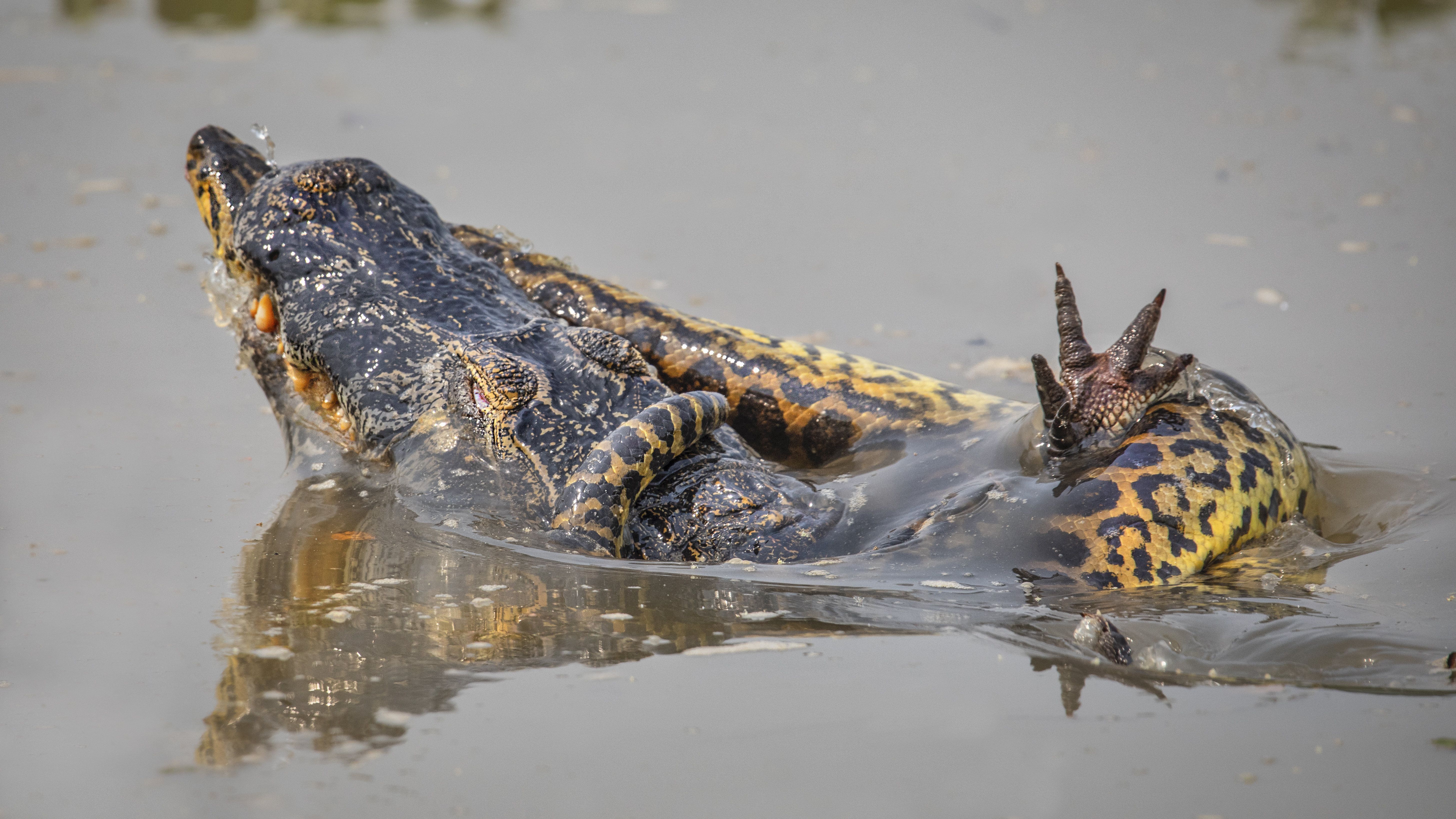 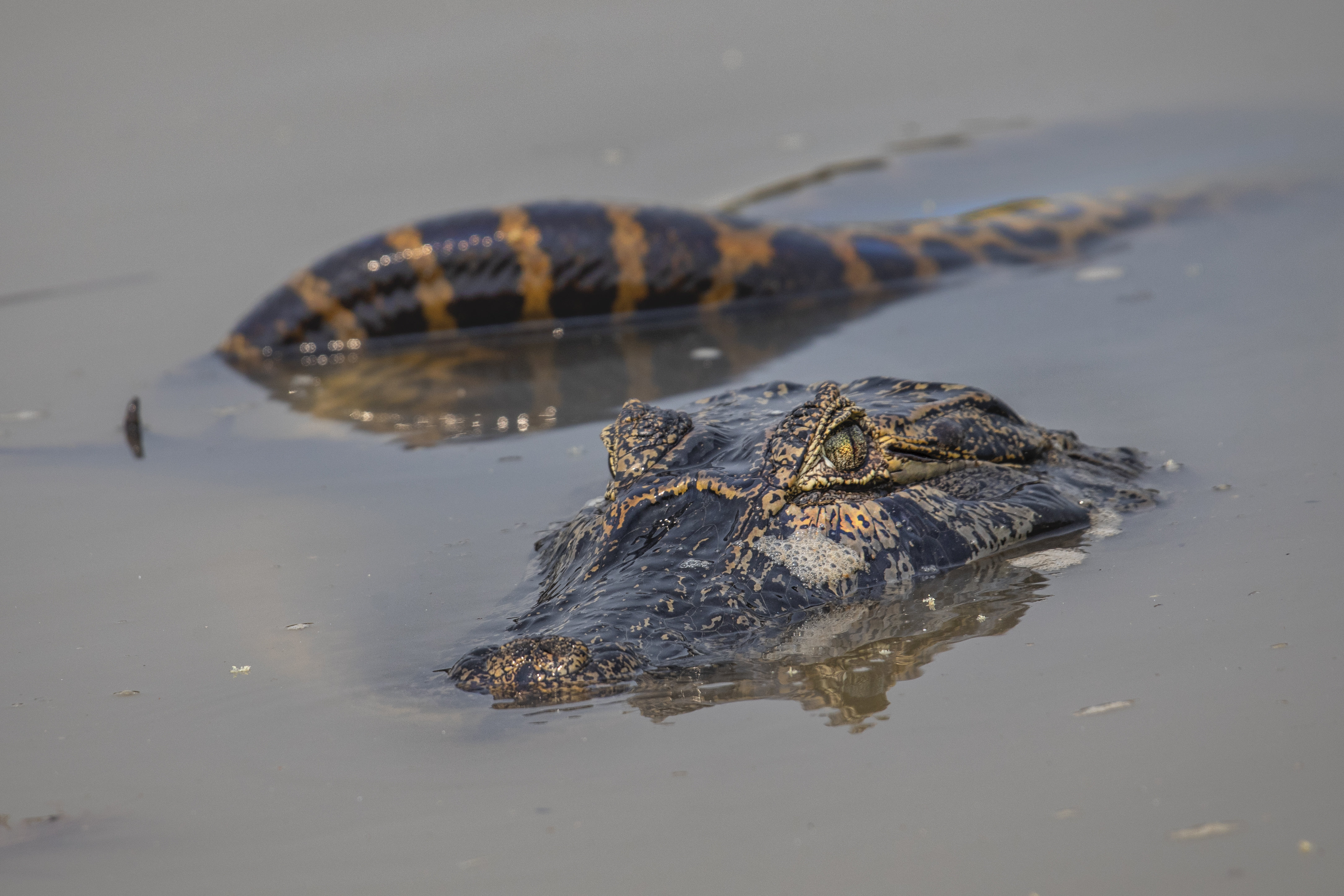 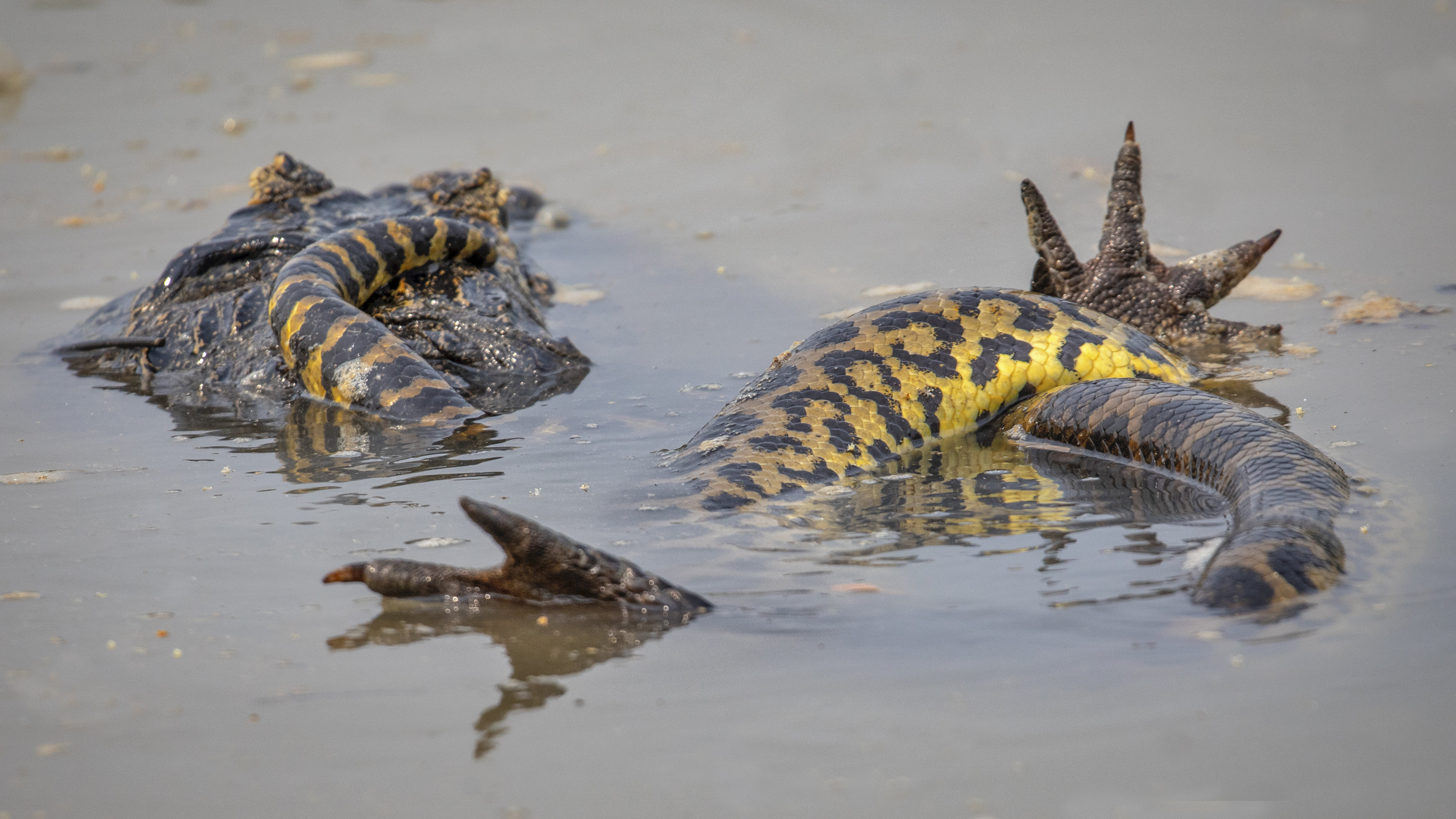