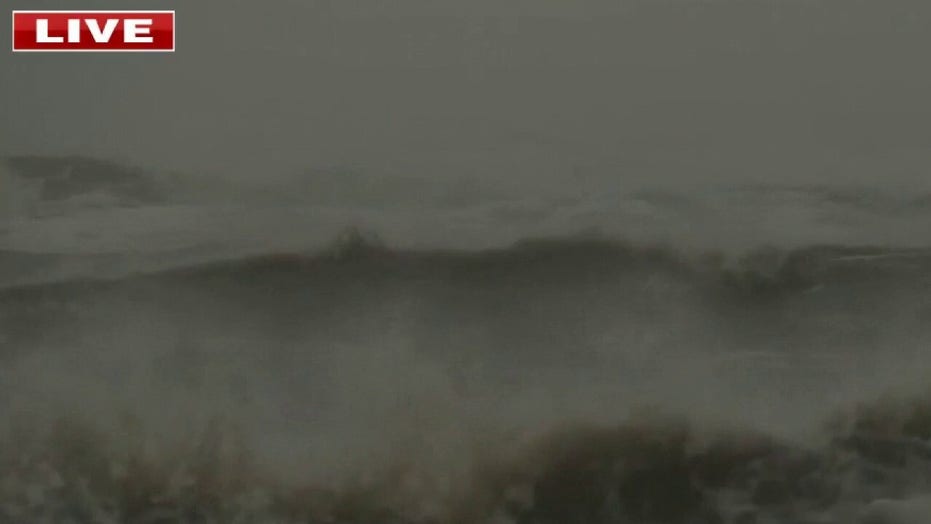 Hurricane Delta is expected to make landfall around 7 p.m. CT on Friday, with heavy rainfall and destructive winds in a region already battered by multiple hurricanes this year.

Delta is currently churning 130 miles off the coast of Louisiana as a Category 3 storm, with sustained wind speeds of 115 mph, according to the most recent update from the National Hurricane Center (NHC).

"Major Hurricane Delta Headed Toward Southwestern Louisiana. Expected to Bring Hurricane Conditions and a Life-Threatening Storm Surge to Portions of the Northern Gulf Coast Later Today," according to the NHC.

Delta already made landfall along the Yucatan Peninsula as a Category 2 storm but has strengthened as it traveled across the Gulf.

Fox News' Brandon Noriega forecasts the storm to make landfall along Louisiana between 6-7 p.m. CT just east of, but very close to, where Laura made landfall.

“Delta is the fastest storm to intensify from tropical depression to a Category 4 storm in modern records,” said Michael Ventrice, a meteorological scientist for The Weather Company. Delta strengthened from a tropical storm to a Category 4 hurricane over 36 hours earlier in the week, the Sun-Sentinel reported.

The rapid changes in storm strength have made it difficult for states to prepare ahead of landfall, with preparations now "rushed" ahead of the weekend, the NHC tweeted.

Those weaker speeds may still cause significant damage to a region that has already suffered five previous storm systems. Hurricane Laura hit the same area six weeks ago, devastating parts of Texas, Louisiana and Florida with flooding and wind damage.

Some tornadoes will also be possible, especially east of where the center of the system comes ashore. The greatest threat of tornadoes is in southern parts of Louisiana and Mississippi starting late Wednesday night.

As of 7 a.m. CT Friday morning, Delta has caused a storm surge along the Gulf Coast, with rising waters as high as 7 to 11 feet in normally dry areas.

Hurricane Delta will be a record-breaking 10th named storm to hit the U.S. this year. The previous high was nine storms in 1916, USA Today reported.

The storm would be a record-tying fourth for Louisiana.