Now that’s a takeaway! Osprey dives into water to emerge with his next meal clutched between his talons

An amateur photographer waited five hours to snap these amazing pictures of an osprey rising from the water clutching its next meal.

Alan Wemyss, 55, captured the dramatic snaps while on an early morning shoot at a bird hide in Aviemore, Scottish Highlands.

Alan, a joiner, from Inverness, Scottish Highlands, was at the lookout spot at Aviemore Ospreys from 4am until 9am, patiently waiting to photograph the bird.

The osprey’s massive wingspan and piercing yellow eyes can be seen as it carries off the catch, after displaying its remarkable athletic ability to swoop down and break through the water’s surface. 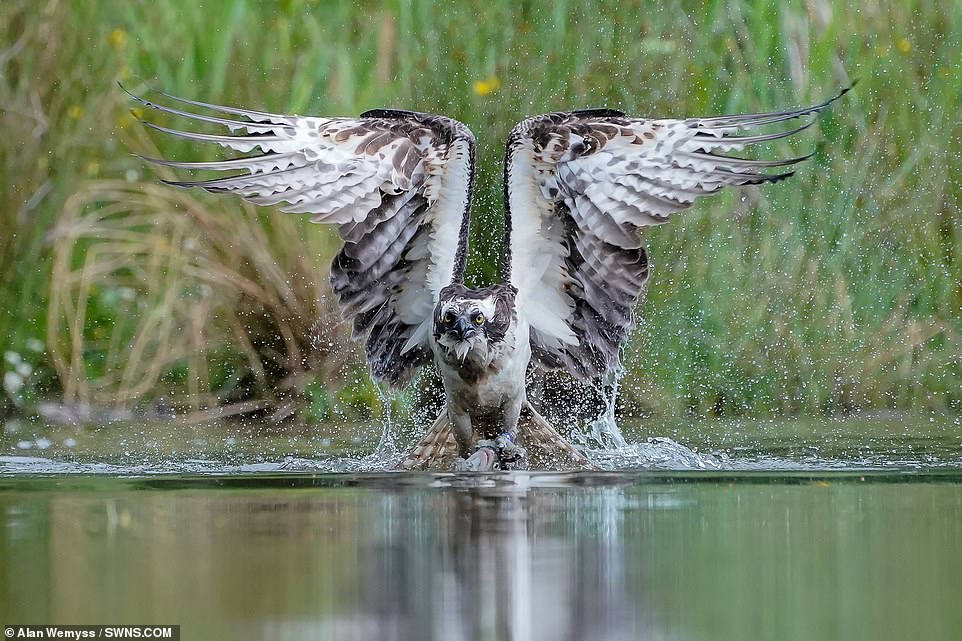 Alan Wemyss, 55, captured the dramatic snaps while on an early morning shoot at a bird hide in Aviemore, Scottish Highlands, after setting up at the small hours of the morning to watch ospreys fishing in a pond 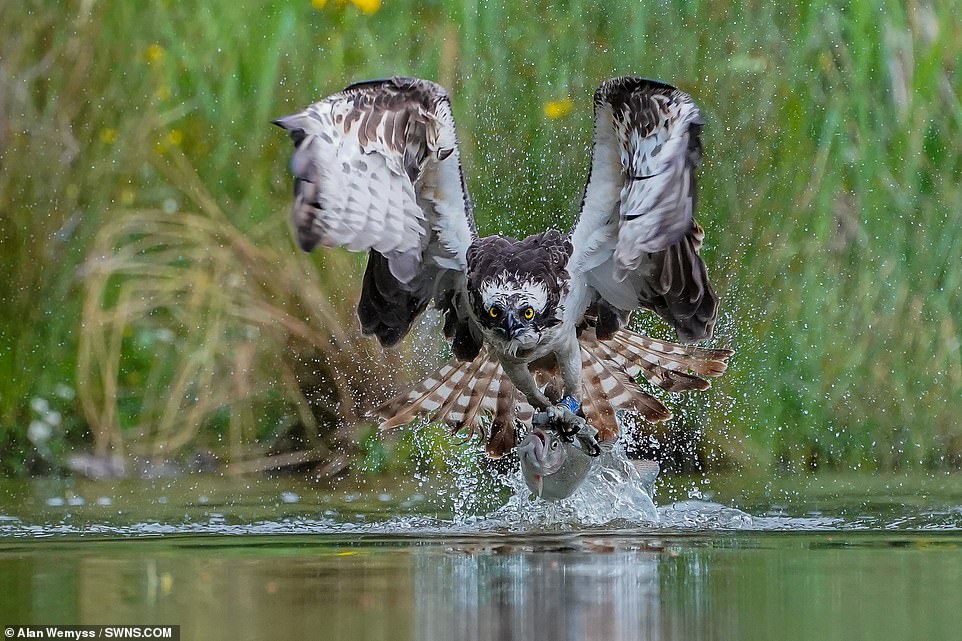 The keen snapper, who normally photographs motorsports, said he was delighted with the picture and the response he has received to it online.

Mr Wemyss said: ‘I have been to the hide once before, last year, but I didn’t get very good shots.

‘I usually do motorsport photography, but I just thought I would give the wildlife stuff a go.

‘I got to the hide around 4.15am and was there until 9am to capture the birds at first light when they start fishing.

‘The set up is fantastic because you are eye level with the birds coming in to fish. 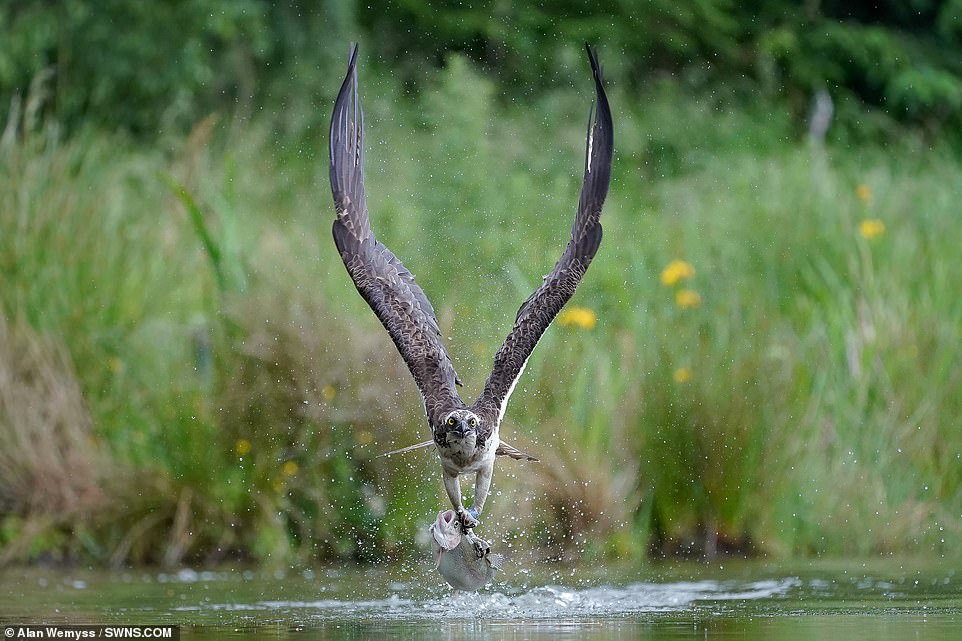 ‘There were about seven around the pound at one point.

‘At the start there was a dominant male which wasn’t allowing the other to fish, but when he left was when I was able to get that shot.

‘I am delighted with the pictures and totally amazed at the feedback I had had to them,’ he added.