A HERON appears to be standing on water with its catch of the day — but the cheeky bird is actually hitching a ride on a hippo.

Tourist Michelle Slater took pictures of it landing then slowly rising up as the hippo surfaced in Kruger National Park, South Africa. 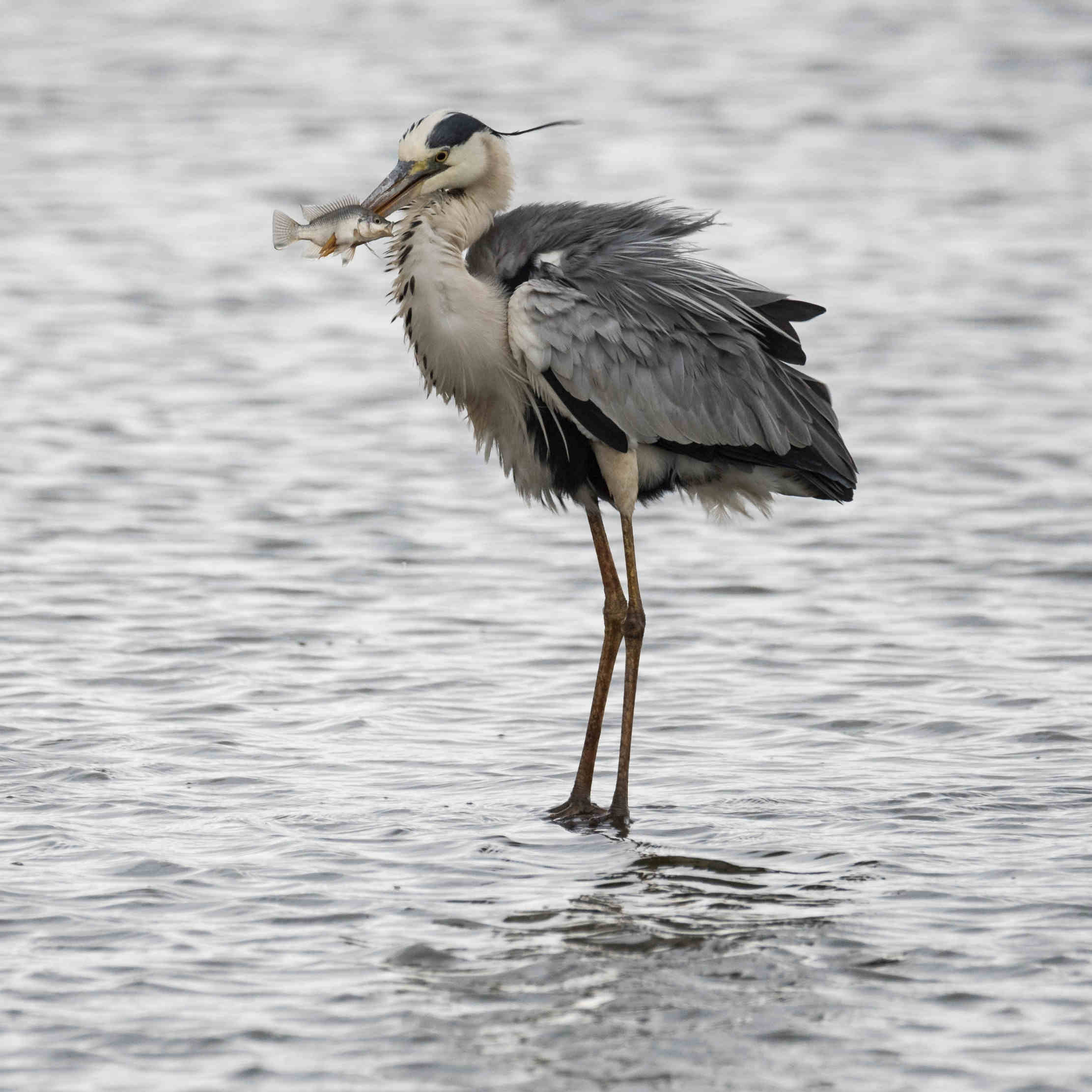 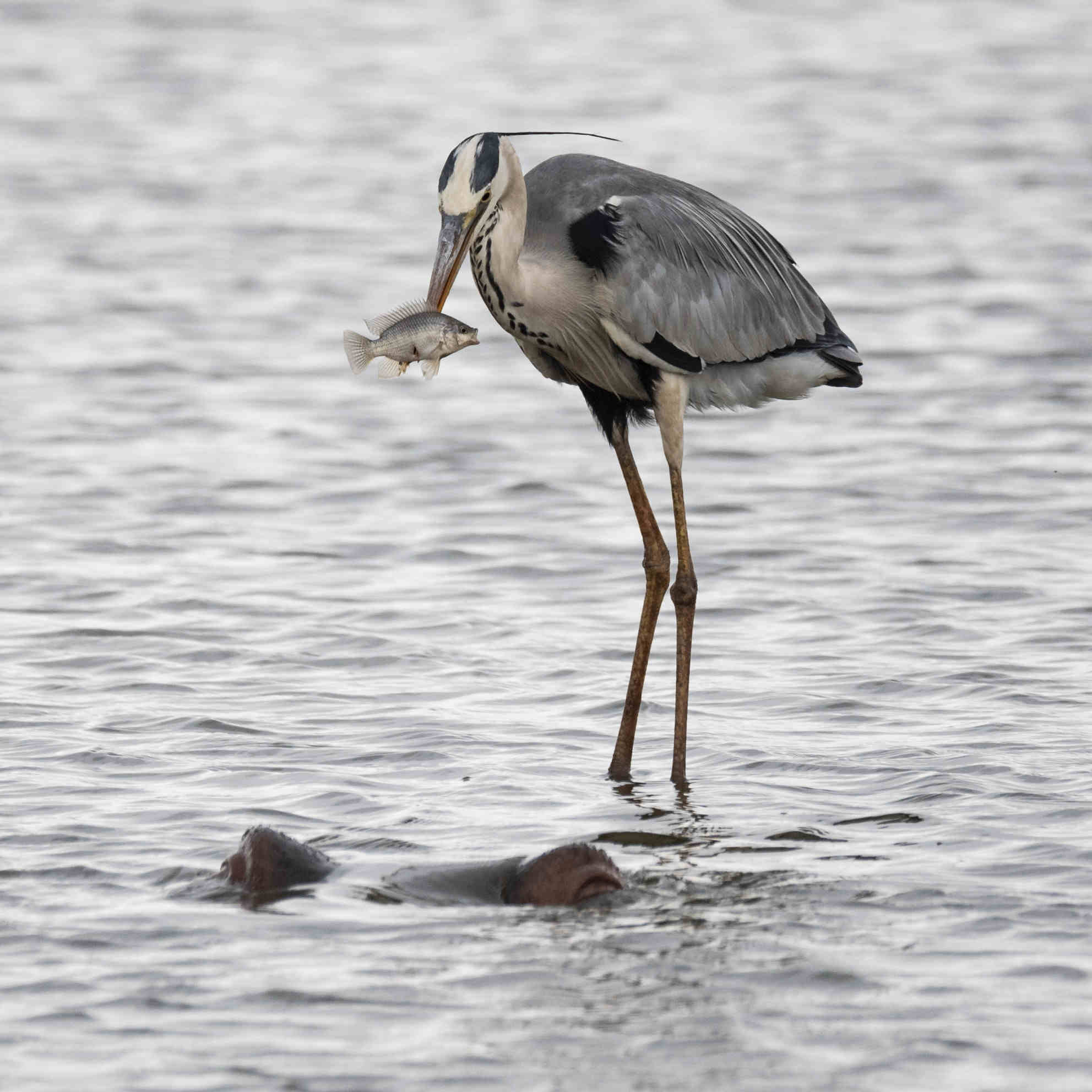 She said: “We were sitting at Sunset Dam watching the hippos.

“A Grey Heron flew in and landed exactly on the hippo’s back.

“He then stood there for a while until the hippo defecated into the water.

“The heron then started watching the water for little fish to arrive.

“He stabbed into the water once and came up with a fish he had speared with his bill.

“He then moved around with the fish and when the hippo lifted his head out of the water again, it seemed like he wanted to show the hippo the fish before swallowing it.”

Weighing up to 3,628kgs hippos are the heaviest land animals after the elephant. 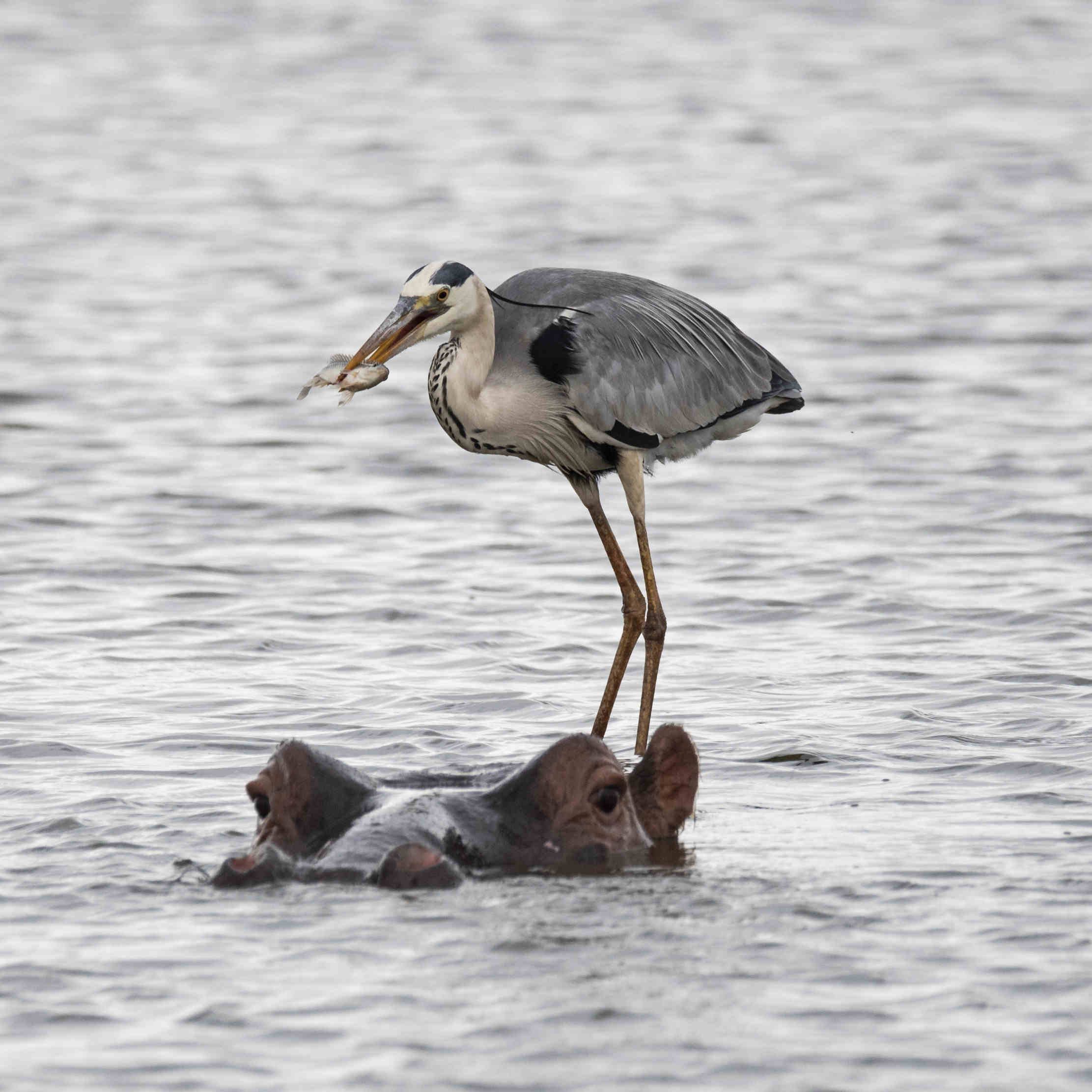