A COFFIN maker in Indonesia became an instant millionaire – when a £1.4million lump of space rock crashed through his roof.

Josua Hutagalung, 33, was at home when the football-sized meteorite smashed through the veranda at the edge of his living room. 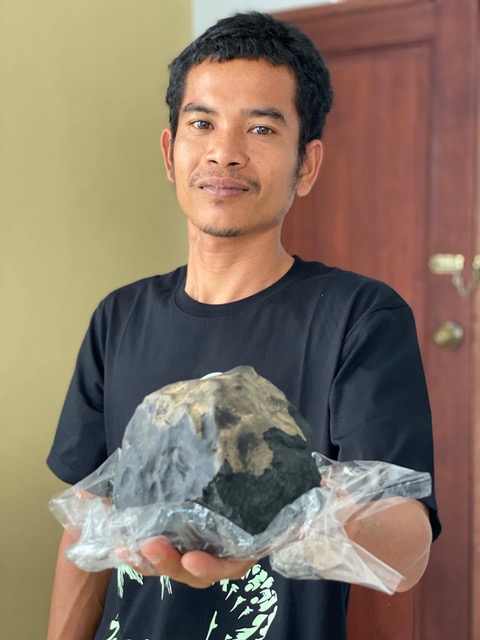 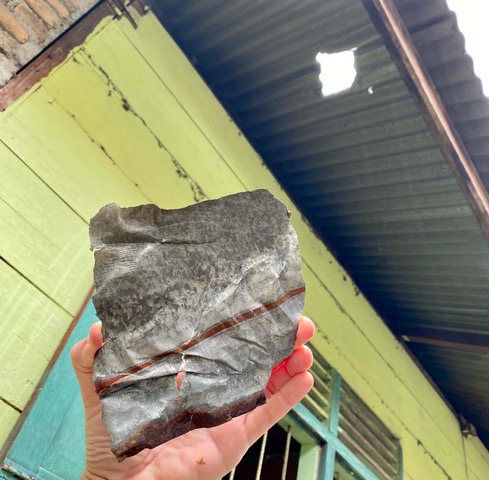 Experts have hailed the 4.5billion-year-old space rock as one of the most significant meteorite finds ever – saying it could contain elements which give clues to the origins of life.

Josua, of Kolang, in North Sumatra, has already sold the rock to a specialist collector – given him enough money to retire and build a new church in his village.

He said: “I was working on a coffin near the street in front of my house when I heard a booming sound that made my house shake. It was as if a tree had fallen on us.

“It was too hot to pick up so my wife dug it out with a hoe and we took it inside."

He was given the equivalent of 30 years' salary for the 2.2kg rock.

The kind-hearted dad-of three pledged to use some of the money to build a church for his community.

He said: “I have also always wanted a daughter, and I hope this is a sign that I will be lucky enough now to have one.”

Space rock expert Jared Collins was dispatched from his home in Bali to secure the meteorite.

The American said: “My phone lit up with crazy offers for me to jump on a plane and buy the meteorite.

Why are meteorites so expensive?

METEORITES that hit the Earth can sell for millions.

They are popular with collectors – particularly those with a good story behind them.

Meteorites that strike objects or have been seen by witnesses can command extremely high prices.

Space objects made from iron–nickel pallasite laced with olivine crystals are particularly desirable.

Experts say the market for meteorites is driven by those fascinated by space, and the fact that they are often some of the oldest objects ever found on Earth.

Celebrities including Steven Spielberg and Nicolas Cage have bought meteorites at auctions.

“It was in the middle of the Covid crisis and frankly it was a toss-up between buying the rock for myself or working with scientists and collectors in the US.

“I carried as much money as I could muster and went to find Josua, who turned out to be a canny negotiator.”

Fragments of the meteorite secured by a second collector are currently on sale on eBay for pound sterling 757 a gram, valuing the 1.839g ‘hammerstone’ – as the main rock is called – at nearly £1.4 million.

Collins shipped the space rock to America, where it was bought by an American collector who has it stored in liquid nitrogen at the Centre for Meteorite Studies at Arizona State University.

The meteorite is classified as CM1/2 carbonaceous Chondrite, an extremely rare variety which scientists believe contains unique amino acids and other primordial elements necessary for the sparking of life itself.

The rock smashed into the ground back in August. 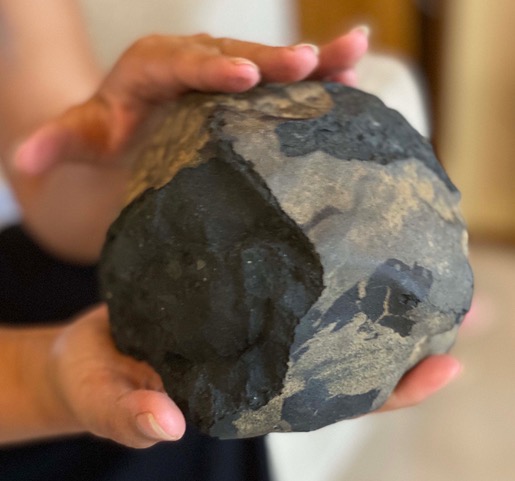 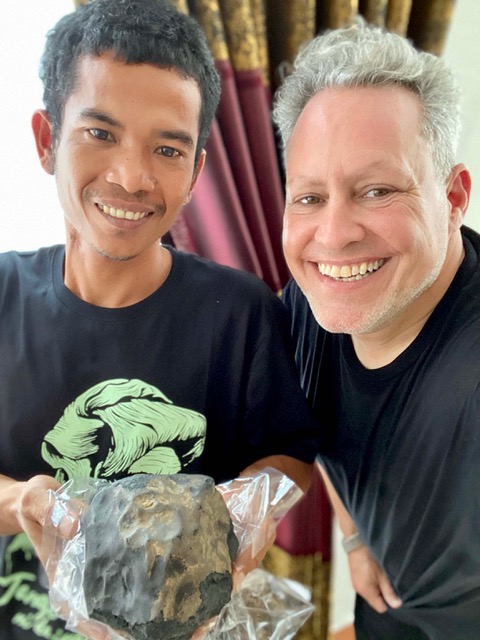 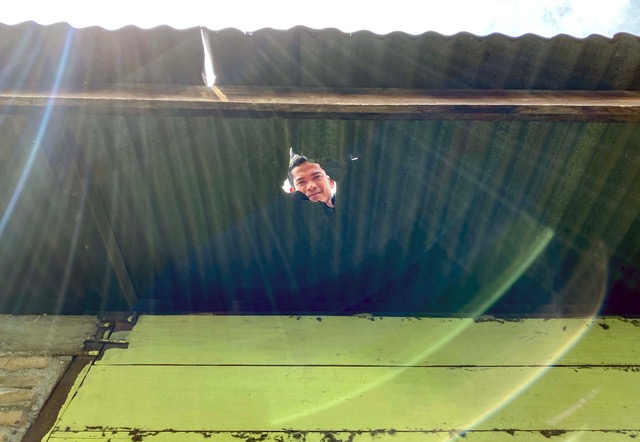